May 3, 2017  by Paul Hogendoorn FreePoint Technologies 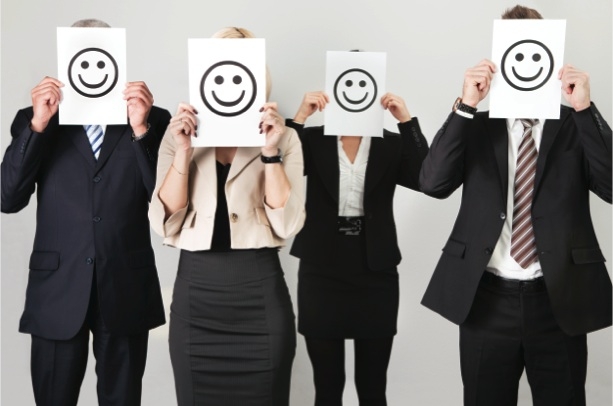 I can’t watch this ad without being saddened. We have a generation that has more access to more information than any generation ever before, but it’s a generation that seems to have difficulty getting engaged in anything meaningful. I admit that it’s a very general statement, and not everyone can be painted by the same broad brush, but I sense there’s a lack of meaning in much of our young world today, and ads such as this only serve to illustrate that point: “I’m going to text everyone I know!”

Advertising and eating fast food is not what this column is about, but rather acknowledging that it is going to be a challenge for employers — manufacturers in particular — to meet the needs of the coming young workforce. As older folks retire, we need to be able to attract, and then retain, a workforce that is very different from the preceding generations. They have different motivations, different needs, and different ways of looking at things. And the one thing they need, more than any previous generation, is meaning. This generation is starved for meaning — they have a huge appetite for it, but it’s not being filled.

“A people without vision are doomed to perish.” This vision isn’t going to come from a political party or a government, it has to come from you and I — the people that help build businesses, communities, homes and families. Wherein the past, youth may have looked to political and government leaders for vision, the same does not hold true today. The older generations remember leaders like JFK and MLK, not just for their charisma and status, but for the vision they cast that set the course for generations afterward. That kind of political vision has not been seen for a long time.

Many of our companies today are still led by visionary leaders, but that vision needs to be connected directly all the way to the plant floor — not indirectly through management systems, or policies, or vision statements or slogans. For the millennials more than any generation before, the vision needs to be compelling and backed up by consistent and congruent action. It’s not about how they might spend the money they make as it is about how they spend their time. One local manufacturing company I know hires a dozen young people at a time, hoping that two or three will stay beyond three weeks. The ones that leave would rather flip burgers at minimum wage than do a repetitive and disengaging job that pays far more. It’s the time they spend at their job that they measure, not the money they make at it.

It’s also a generation used to constant communication, even if it’s mundane. (“I’m going to text my mom” as an example.) The old paradigm of having one group do the work while another group measures their performance — without sharing it in real time — does not line up well with their life experience or their expectation.

To attract this generation, our manufacturing jobs need to be more engaging, and they have to have more meaning. It doesn’t have to be a “change the world” kind of meaning, but there has to be more of a reward to doing the job than just a paycheck. If they are a mother or father with children to feed and bills to pay, going home with a paycheck every week is reward enough. But, if they don’t own that kind of responsibility in life yet, the paycheck is nice, but it’s not the be all and end all. The time spent at their job is as important as the money they make at it. In the next decade, our manufacturing companies need to pay attention to this difference and make the workplace a more meaningful place to be, and the jobs more meaningful things to do. If we don’t, they’d rather work someplace else, perhaps serving up chicken nuggets for $1.99.

2) Identify the company’s core ‘people’ values, and live them out demonstrably, outside of the company as well as inside it. What is your company doing in the community or for special causes? Let your people adopt it and share in that. It brings added meaning to the workplace.

3) Provide ample channels for feedback, opinions and input. Be intentional about acknowledging it, even if you are not acting on it.

This column was originally published in the May 2017 issue of Manufacturing AUTOMATION.

Related
Closing the gap: minding what matters most
Feeding the wolves
The amazing race: Business lessons in saying “yes”
Does data lie?
Tags