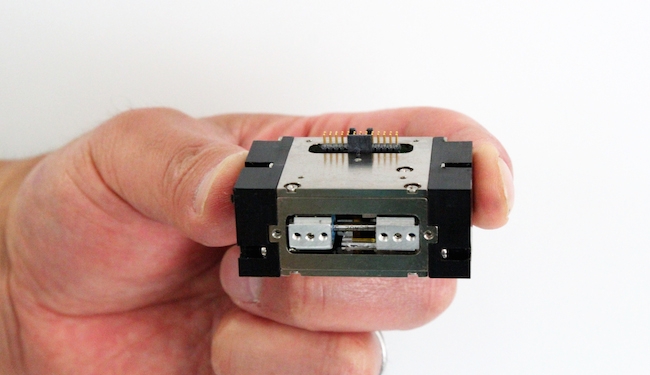 Jun. 9, 2017 – SMAC Moving Coil Actuators has introduced its MGR5 series micro gripper, which it says weighs around 30 grams and can be used as an end-effector on third-party robots.

The micro gripper was developed to handle small very fragile parts, says SMAC, such as the assembly of small and precise rotary encoders. It includes the company’s patented Soft-Land feature, programmable force down to 5 grams, and two independently controlled gripper fingers to pick up asymmetric parts. According to the company, the MGR5 enables increased small part assembly, particularly of complicated small products that are made in very high quantities. The stroke of the MGR5 micro gripper is 10 mm (i.e., 5 mm per axis). SMAC’s built-in sensor feedback system gives the micro gripper the mechatronic ability to “perform a task and verify its quality at the same time,” notes the company, adding that this would allow the actuators to quality check key processes in real time and feedback the results.