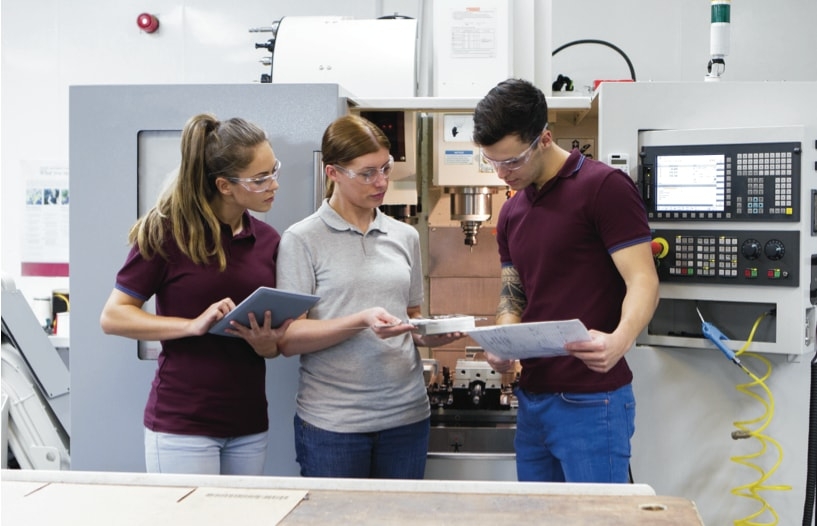 Jun. 27, 2017 – We are at a very interesting time in our industry; indeed, we may be at the cusp of a significant paradigm change, and a critical one.

We still have more than seven million hands-on, value-adding jobs in our small- and medium-sized plants in Canada and the U.S. and a large percentage of those workers are planning to retire in the next five to 10 years.

Automation efforts continue relentlessly, and Industry 4.0 and Smart Manufacturing are objectives on the horizon, but that is still a relatively long way out. In Canada, an estimated 85 per cent of our machines are 28 years old or older. In the U.S., the numbers are likely better, but it is still an issue. Our people will be retiring faster than these machines will be replaced, and companies are finding it a challenge to attract — and then retain — a younger workforce.

The reasons for this difficulty is a story in of itself, but this column is about the opportunity that is presenting itself to forward-thinking manufacturers as a result of the changes going on in our society and in the way the next generation communicates. It is inevitable for our manufacturing industry to change significantly in the next five to 10 years, but the question is, will it be for the better or for the worse? Because hands-on manufacturing jobs are critical to the economic well-being for so many families and communities, I’m hoping it will be for the better. Aiming to eliminate those jobs through automation doesn’t serve our society well; in my opinion, integrating the younger generation of workers in the workplace in a more meaningful way is a better course.

Henry Ford is often credited with making the automobile affordable for the average person. What he doesn’t get enough credit for, however, is raising the average wage so the average worker could afford an automobile. As he brought the price of cars down, he also brought the annual workers’ income way up.

In my opinion, Henry Ford created the middle class we still enjoy today.

A manufacturing job is a good job. It generally pays a decent and sustainable wage, and its economic multiplier effect is estimated to be a healthy seven-times direct revenue factor. Every dollar created by a manufacturing company is estimated to bring seven additional dollars into that community. Contrast that with many retail jobs, where most of every dollar spent leaves the community. It would be foolish to imagine, or aim for, a manufacturing industry that automated away these seven million hands-on jobs.

But here’s our challenge: many of the people doing these jobs are retiring, and the next generation is in little rush to step in and take them. A big reason is because the factory work environment is not aligned with how this generation works, communicates, interacts and thinks. Trying to fit them into these workplaces is like trying to drive square pegs into round holes. We are not going to be successful if we think we have to change them to fit our jobs.

However, I believe we can be exceedingly more successful if we can make our jobs fit them. By doing that, we will not only attract more young people to our factory jobs, we will get the benefit of fresh thinking, new perspectives, youthful enthusiasm, and a chance to get our internal, in plant communities healthy again.

Our factories once provided more than jobs; they provided a sense of community, belonging and even family. Our millennial generation craves things like community, social interaction and being part of something exciting. As we start to adopt some of their attitudes and adapt to this changing reality, we can make our companies more exciting as well.

Admittedly, this column is a 30,000-foot view, but that’s appropriate because it’s actually being written at 30,000 feet — I’m currently on a plane flying to Silicon Valley to share these thoughts with others in the software industry. The future of IT in manufacturing has to be about more than simply connecting machines, collecting data, and making data decisions. It has to be about connecting people as well, and reconnecting meaning with work.

Our jobs yield more than products and income, they return satisfaction and contribute to purpose as well. Our society needs these things as much, or more, than it needs the products and the income. To me, sustainability ultimately means making sure the industry remains healthy and vibrant for the next generation’s benefit and purpose, and the next generation is coming now.

This column was originally published in the June 2017 issue of Manufacturing AUTOMATION.

Related
In the blood: Following in our fathers’ footsteps
How raising minimum wage could affect manufacturers
‘Change management’ is an oxymoron
Principle, process, practice in manufacturing – and swim meets
Tags