News
A collection of standout demos from Hannover 2017

Jun. 27, 2017 – Taking place April 23 to 28, Hannover Messe 2017 drew roughly 6,500 exhibitors and 225,000 visitors together for five action-packed days of industrial technology. The lead theme of Integrated Industry – Creating Value put a spotlight on the benefits of Industry 4.0 and the role of humans in tomorrow’s integrated factories.

In no specific order, here are five exhibitor highlights from the tradeshow floor. 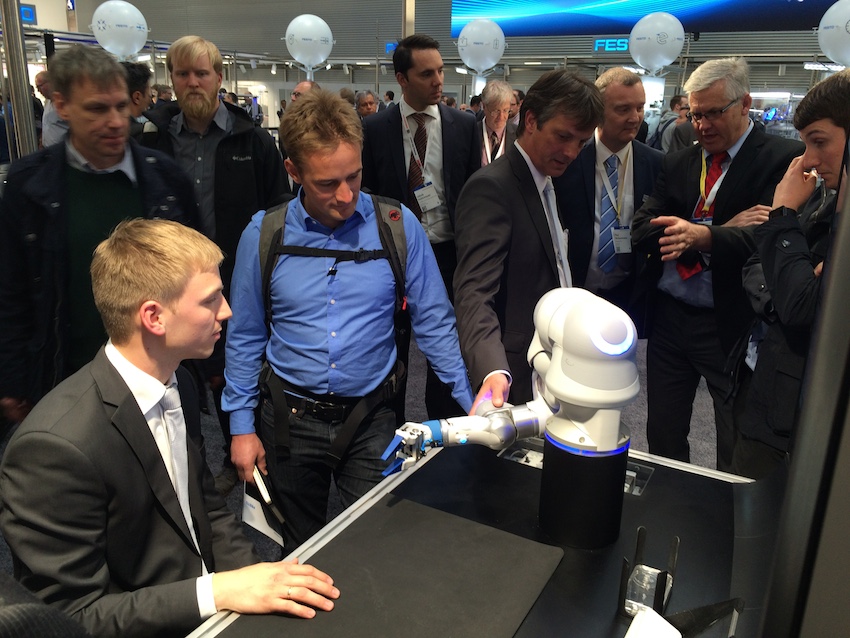 Drawing a large crowd at the Festo booth was the BionicCobot, a seven-axis lightweight robot which is moved solely using pneumatic semi-rotary drives. Dr. Elias Knubben, head of Corporate Bionic Projects, says the cobot’s movements are based on the human arm. Currently a concept model, Dr. Knubben predicts the BionicCobot will hit the market in the next three to five years. 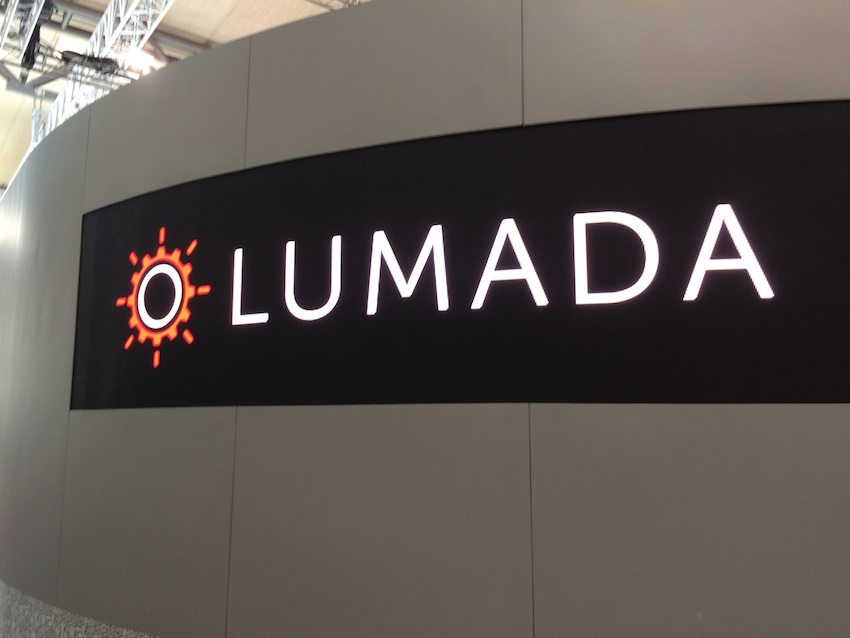 Hitachi says its Lumada IoT platform is able to deliver the most advanced capabilities available today, turning data into intelligent action in an effort to drive manufacturing, energy and other industrial businesses. During a virtual reality presentation of Lumada at the booth, company representatives said Hitachi’s rich expertise in OT and IT allows Lumada to help customers solve their challenges by turning them into competitive advantages. 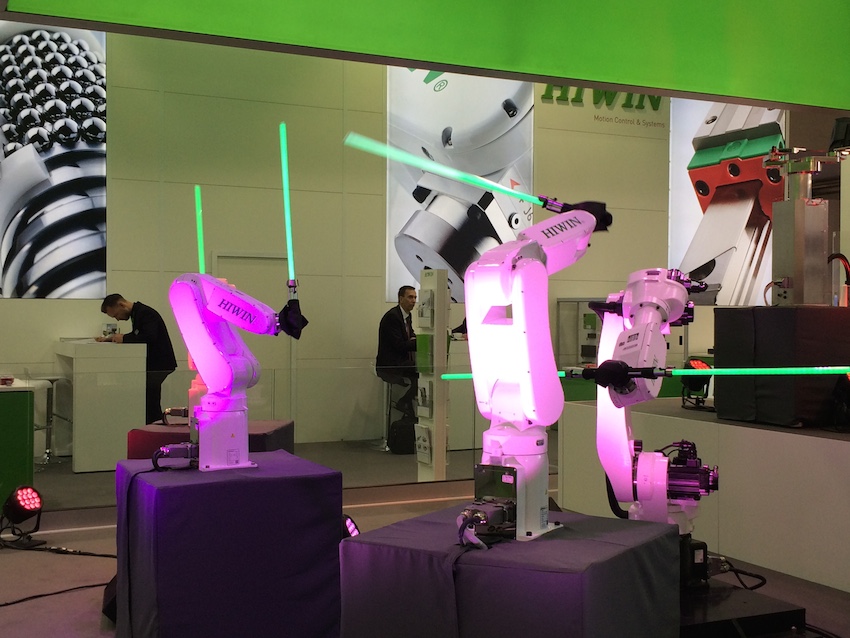 Who knew that robots are also Star Wars fans? Hiwin RA605 series six-axis robots put on quite the lightsaber duel, swiping back and forth to the classic blockbuster theme. Designed for light industrial work, the robots are best suited for pick-and-place and assembly applications, says Hiwin. 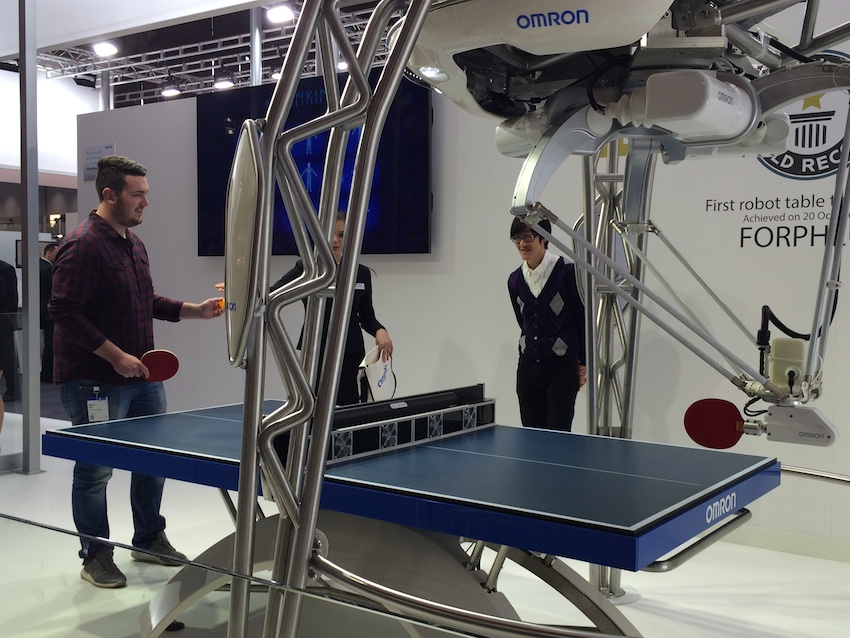 Attendees had the opportunity to sharpen their table tennis skills at the Omron booth thanks to Forpheus, a ping-pong robot that promises to “interpret, predict, learn, think, act, connect and communicate” with humans. The third-generation robot not only plays against its opponents but works to tutor them so they can become better players. 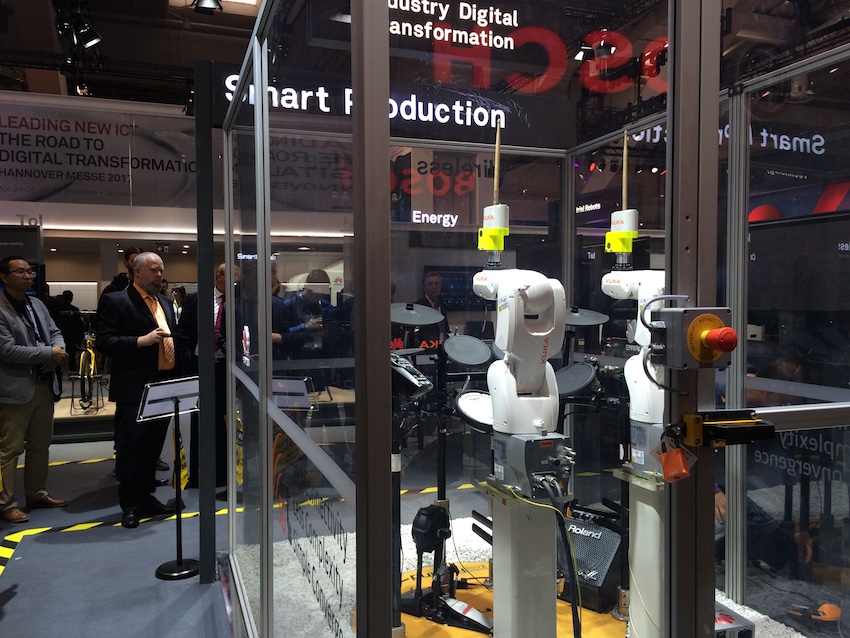 The Huawei booth featured a series of manufacturing solutions, including a 5G-based industrial robot — jointly demonstrated with Kuka — that entertained crowds by rocking out on the drums. The parties say the robot enables flexible manufacturing, delivering cost savings of 40 to 50 per cent.

This feature was originally published in the June 2017 issue of Manufacturing AUTOMATION.