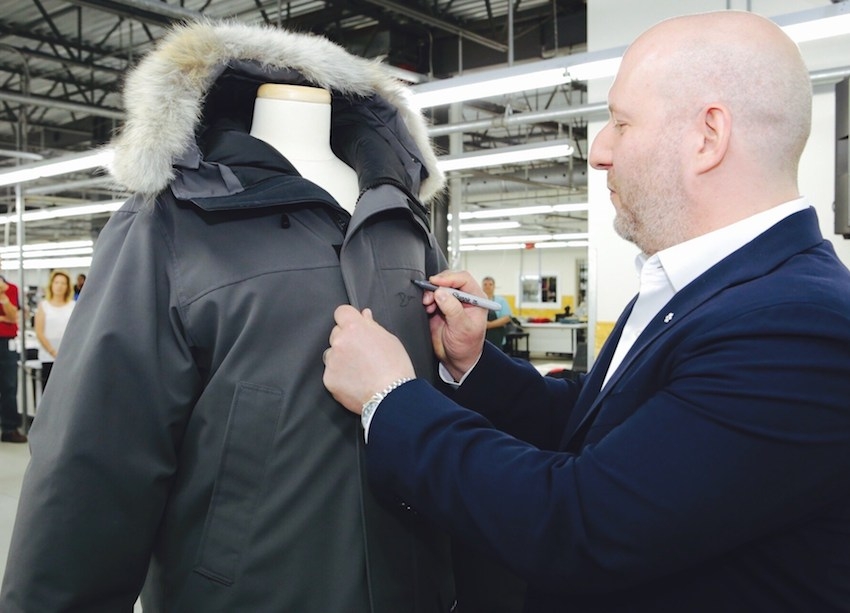 According to the performance luxury apparel maker, the new facilities are in response to the growing global demand for Canada Goose apparel which are sold in 37 countries today.

Located in Boisbriand, Que., the 95,000 square-foot factory has created more than 125 jobs since it opened, and expects to add more than 325 positions by the end of next year. The factory produces some of the brand’s most popular styles from its down-filled Fall/Winter Collections, as well as select pieces from its Spring Collection. This is Canada Goose’s first facility in the province.

Located in Scarborough, Ont., the new 117,000 square-foot cutting and distribution centre is the company’s sixth facility and will house raw materials, helping to drive increased efficiencies and production capacity, as well as spur job creation, within the company’s existing manufacturing facilities, it said.

“Nothing makes me prouder than the investment we have made in helping to bring back apparel manufacturing to Canada and the hundreds of jobs we have created here at home,” said Dani Reiss, president and CEO. “Today, we operate one of the largest manufacturing infrastructures of its kind in Canada and we’re honoured to now be making our products in Quebec, which has a strong reputation for its skilled talent pool in the garment manufacturing industry.”

Canada Goose says it has increased the number of cut and sew workers it employs by more than 200 per cent over the last five years; and is recognized for employing approximately 10 per cent of the entire cut and sew labour force across the country.

In 2010, Canada Goose expanded operations with the opening of its first Winnipeg factory, which at that time was the company’s second manufacturing facility. In 2015, the company expanded both the factory and office spaces in its global headquarters in Toronto, as well as opened two more facilities – in Scarborough and a second Winnipeg location.