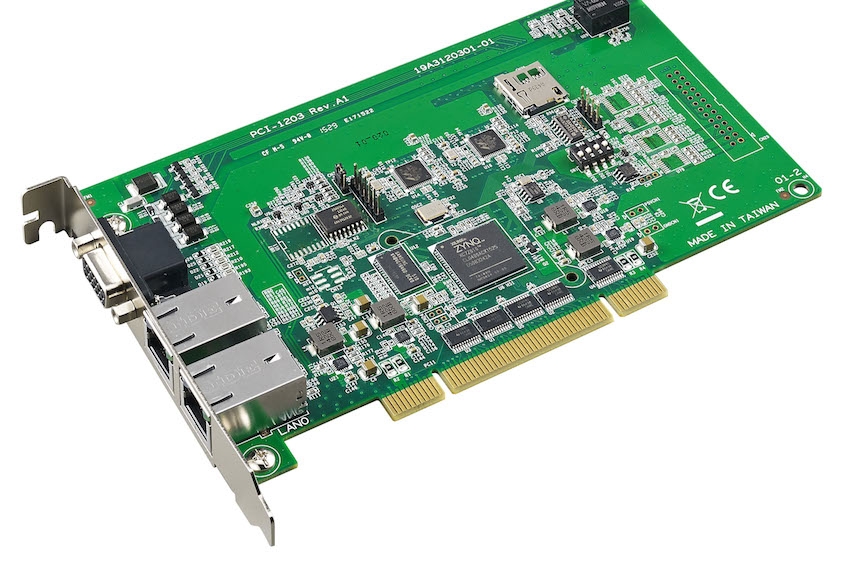 The PCI-1203 is a PC-based, two-port EtherCAT PCI card with “extra-quick” cycle times, describes the company, adding that for the EtherCAT motion port, it’s a fast 500 µs for up to 32 servo axes. Meanwhile, cycle time for EtherCAT fast I/O port is 200 µs. According to Advantech, the PCI-1203 delivers “guaranteed performance with no packet loss, independent of computing platform,” noting that users can take advantage of the “Common Motion API” architecture, which is a unified user programming interface and graphical utility focused on motion control. For real-time performance, the PCI-1203 also provides the Advantech Real-time Enhanced Script (ARES) tool, which allows the user to load control logic into the ARM space, helping to reduce PC CPU load and bypass delay effects.