Features Education & Training
Looking ahead to an automated future 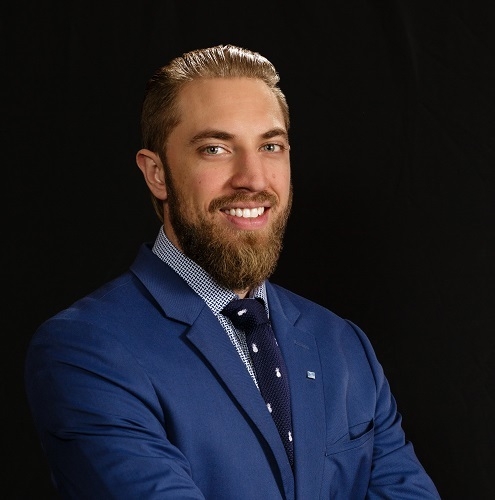 Aug. 28, 2017 – Automation has become a scary word lately. As new technologies proliferate, unease and uncertainty surround the labour market of the future. Will jobs be destroyed? Created? Can a robot really replace what I do? What kind of career should my child pursue if we don’t know what the jobs of the future will look like? How can I retrain?

If new studies are to be believed, nearly half of the Canadian labour force is at high risk of automation in the next 10 to 20 years. But what does that really mean for today’s — and tomorrow’s — workers?

The reshaping of economies due to innovations in technology is a challenge that has persisted across time — in fact, economist Joseph Schumpeter considered it to be the essential fact about capitalism: technologies emerge and economies are forced to transition.

In the face of a transitioning economy, we only have one choice, really: embrace and adapt. So, looking ahead to an automated future, where should Canada concentrate its educational energies?

The solution should be co-operational, which means tapping all of Canada’s resources as we adapt to the needs of the future. So politicians and policy makers would be wise to look beyond the usual players.

One of the avenues forward includes embracing educational institutions that are already used to working hand-in-hand with industry — which means they’re already accustomed to perpetual innovation.

I’m talking about polytechnics. Polytechnics are publicly-funded colleges and institutes of technology that offer a full suite of credentials, including four-year bachelor’s degrees and apprenticeships, while at the same time offering industry a range of R&D and innovation services.  Programs are skills-intensive and technology-based, encompassing hands-on and experiential learning.

Polytechnics already have tight connections to Canadian industry, built through their innovation services and advisory groups made up of industry representatives, so they tend to know where labour markets are headed and care about the skills that are necessary for the jobs of today and tomorrow.

Calvin Kimura graduated from the program in 2013 and after first working as a robotics technician at global manufacturing giant Magna, he now owns and operates CK Automation, which supplies business with a suite of automation services from design, development, build, installation and maintenance.

That’s how innovation and job growth happens. And it didn’t come from the lab, but from a polytechnic education aligned with industry needs.

Yet polytechnics are often neglected by policy makers. Their sister-institutions, universities, get the policy limelight. But as many as 30 per cent of students attending a polytechnic have previously attended university. That number is on the rise.

Why? Polytechnics are particularly good at a key component: connecting the supply and demand sides of the labour market. This is especially valuable as new technologies emerge that require the adoption of new skill sets.

One way polytechnics anticipate labour market shifts is through their Program Advisory Committees, comprised in part of industry leaders.

Mike Cybulski, director of business development at RAMP Inc., another automation powerhouse, has served on Conestoga College’s Program Advisory Committee for the Advanced Diploma in Mechanical Engineering Technology in Kitchener, Ont. Cybulski advised instructors on how to design their curricula so that graduates are immediately employable in the field.  RAMP itself employs approximately 30 Conestoga College graduates — certified technologists and tradespeople.

Advisors like Cybulski emphasize the need for polytechnics to offer a broad swath of credentials and to grow multidisciplinary talent — both necessary for an innovation or automation economy.

If the essential fact about capitalism is creative destruction and the necessary reshaping of economies, then governments need to see polytechnics as the economic actors they are and bring them into the innovation policy discussion. Polytechnics adapt, embrace, and thrive in the face of economic challenge and change. Canada is on the verge of becoming an automation nation, and polytechnics say, “bring it on.”

If we are to harness all the talent we have available, it is time Canada’s policy makers caught up and recognized the important place of polytechnics in the full suite of educational opportunities available to all Canadians.

Daniel Komesch is a senior policy analyst with Polytechnics Canada.