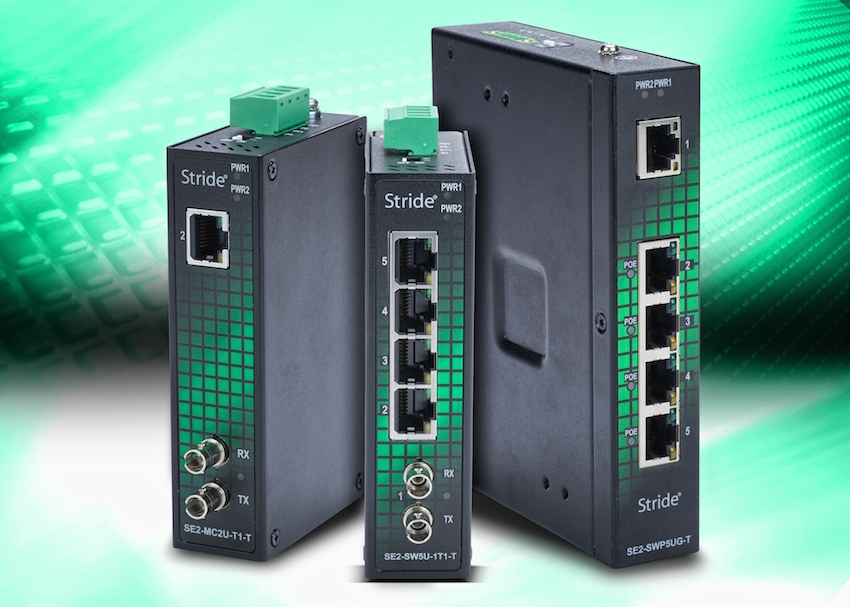 Power over Ethernet (PoE) allows Ethernet network cables to also carry electrical power. Normally two connections are required, a network connection and a power connection. PoE reduces the time and expense of having electrical power cabling installed. Two versions of Stride PoE+ switches are available: 10/100 Mbps and GbE. Both have one standard RJ45 Ethernet port and four PoE+ RJ45 ports (30W on each port). Using Powered Device (PD) Detection, the PoE switch port will detect the presence of a PoE enabled device before sending power, says AutomationDirect, noting that if a non-PoE device is detected, power will not be sourced on that port but Ethernet communications will be permitted. Power input requirements are 54-58 VDC for PoE+ and 48-58 VDC for PoE (15.4 watts per port). The switches boast broadcast/network storm protection and have redundant power inputs. With IP30 metal cases, these PoE switches have a wide -40 to 75 degrees C operating temperature range and are approved for HazLoc environments. The switches are DIN rail mounted and an optional panel mounting bracket is available.