News Workforce
The passing of a legend: Dick Morley 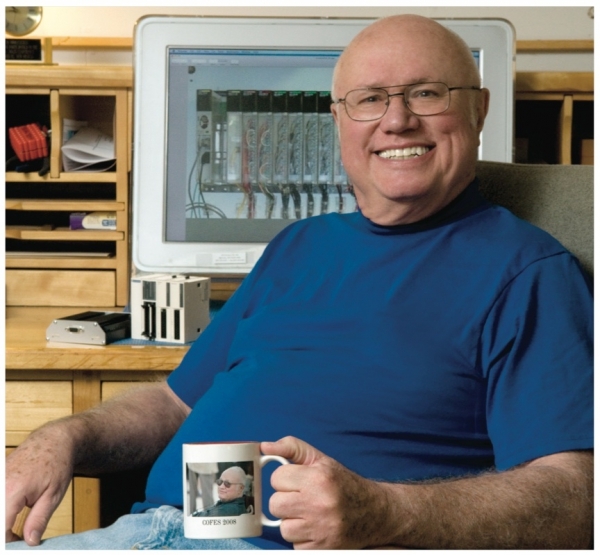 From the archives: This photo was originally published in our June 2008 issue for the article

Oct. 18, 2017 – It is with great sadness we share the news of the passing of Dick Morley, a legend and innovator of the manufacturing industry.

Famously dubbed the father of the programmable logic controller (PLC), it is Morley who, in 1968, led the team to develop what is considered one of the most important inventions in manufacturing. The PLC, which allows us to control processes through digital and analog input-output arrangements in real time, has greatly changed the way we automate our factories. Since its inception nearly five decades ago, the PLC is still used in countless manufacturing facilities worldwide.

Along with the PLC, Morley’s patents include the anti-lock braking system (ABS brakes), the computer floppy disk, the parallel inference machine, the handheld terminal, personal rapid transit, and magnetic thin film, among many others.

For nearly 20 years, Morley penned the dynamic column, Distorted Realities, for Manufacturing AUTOMATION. He will be truly missed and never forgotten.

A GoFundMe page has been set up for memorial funds as well as scholarship funds in his name. Please click here if you would like to make a contribution in his memory.

(Want to learn more about this brilliant mind? Read our March/April 2016 profile on Dick Morley here.)