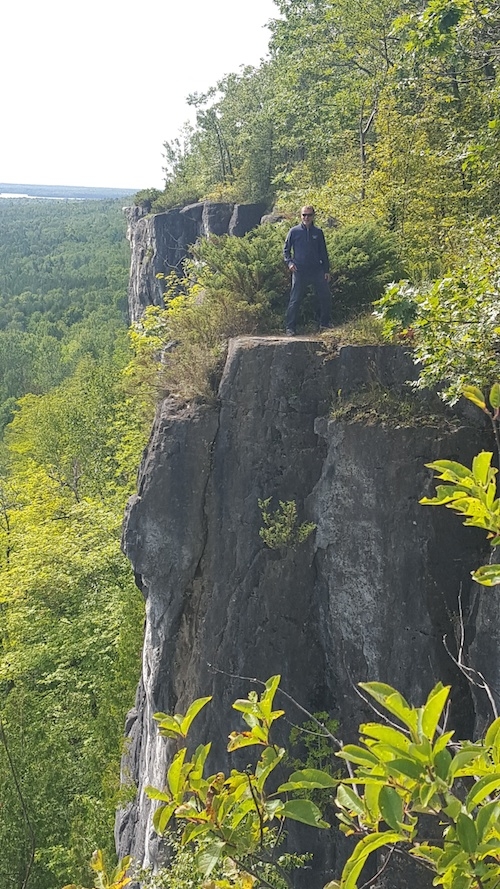 Oct. 28, 2017 – For me, this past summer was different than typical summers. I didn’t have a single significant vacation and instead, had many small little adventures, including boating on Georgian Bay, a motorcycle trip, and a great hike on an inspiring trail.

Each one was a chance to recharge my batteries and reflect on the adventures of life and business, and discover a few things that perhaps I should have learned a long time ago. Here are a few of those reflections.

Leadership requires more than just following your internal compass — it requires learning the language of others. Expecting others to follow you is not enough, you have to help them see the goal themselves, even when you are not there. This past year, I’ve had to deal with bankers and accountants in ways I’ve never had to before. I realized that it’s not enough for me to understand what we as a company are doing, it’s equally important for them to understand it in their own terms, not just mine. Although my internal compass is enough for me, I needed to learn their language so that they could see where we are going too. It’s good to lead by example, but that implies you are always there in sight of those you are leading, and that’s not always the case. The people you lead must have their eye on the destination, and not just on watching you as you lead. On a motorcycle trip, when the leader gets disconnected from the rest, there’s no need to pull over to the side of the highway to wait — which is not just boring, it’s also dangerous — because everyone knows the destination and the route to get there.

Vision requires having an outcome in mind that is greater than what you want to achieve for yourself. It’s a journey, not a destination. On one of my trips, I took a couple of friends on a tour around the Manitoulin Island, stopping to visit many of my favourite places from my past. After the trip was over, I asked one friend what his favourite part of the trip was. He said that every place was special, but what he liked most was that “the price of admission was high.” Traveling by motorcycle is not as easy and comfortable as travelling by car, and sleeping in tents is certainly not as convenient as staying in hotels. We had to invest more of ourselves into the travel, and as a result, the entire trip itself was what was most satisfying — not just one specific destination or place along the way.

Business and entrepreneurship is an adventure. Years ago, I attended a friend’s wedding, and in a toast to the couple, my friend’s father shared the story of his own life — where he recalled escaping Germany at the outset of the war, only to have to later escape Poland and start all over a third time. Just as I was wondering how this story related to his son’s wedding day, he summarized it all by saying his “life had been like climbing a long and steep mountain, and that if the climb was not as long or as steep, or the mountain as high, the view today would not be nearly as beautiful.”

That thought was on my mind the day I hiked the Cup and Saucer trail on the Manitoulin. Along with Randy Hess, I began a new adventure four years ago by cofounding FreePoint Technologies. I wasn’t looking to create a job for myself, nor did I feel the need to start a new career. It was just an idea that we believed was worth doing, and so we set off on the adventure, with more of a direction in mind than a destination.

There were many times along the way when it would have been easier to turn around than to continue, and with each new challenge, the question is asked anew: Do we turn around here, or do we go forward? We decided to keep going forward.

Along the Cup and Saucer trail, my buddies and I encountered a few hikers coming back down. “Keep going,” they encouraged. “Don’t stop until you see it — not the small one, but the big one.” There were no specific signs, they said, but “you’ll know it when you see it.”

They were right — we knew it when saw it, and it was worth the price of admission.

I hope your summer was equally satisfying, and that you got your batteries recharged and ready for the coming seasons of adventure in your business.

This column was originally published in the October 2017 issue of Manufacturing AUTOMATION.

Related
How raising minimum wage could affect manufacturers
Making sense of Big Data, IIoT and Industry 4.0
The amazing race: Business lessons in saying “yes”
Why innovation in manufacturing is lagging in Canada
Tags