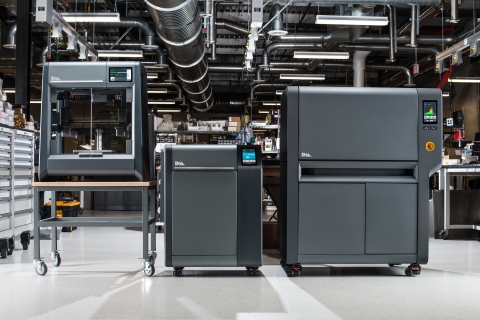 The company says it is experiencing “strong demand” with system reservations in the United States, with shipments to begin in the coming weeks.

“Our vision is to make Desktop Metal 3D printing solutions accessible to engineers and manufacturers around the world,” said Ric Fulop, CEO and co-founder of Desktop Metal. “We plan to begin offering our metal 3D printing technology internationally and will be accelerating production to meet worldwide demand, first for our Studio System and later for our Production System. Our partnerships with best-in-class resellers in each of these geographies bring us closer to making metal 3D printing solutions available to all who want to realize the benefits of rapid prototyping and mass production of metal parts.”

Meanwhile, BMW Group has been announced as the company’s first international early partner to receive a system.

“As an early investor in Desktop Metal, we saw potential in its 3D printing technology and vision for redefining manufacturing,” said Uwe Higgen, managing partner of BMW i Ventures.

“Metal additive manufacturing has already impacted the automotive industry mainly in prototyping. Currently, we are further expanding the use of metal additive manufacturing in multiple applications. Starting with design to cost-effective mass production, which is the most challenging application where material and process qualification, design, performance and cost-per-part are crucial for our success. Together with Desktop Metal, we are working on challenging the status quo of metal additive manufacturing. We are looking into uncovering the potential for both the Studio System for functional prototypes and the Production System for high-speed prototyping and mass production of BMW Group automotive parts,” said Jens Ertel, head of BMW Group’s Additive Manufacturing Center in Munich, Germany.

Introduced in May 2017, the Studio System is described as the first office-friendly metal 3D printing system for rapid prototyping. The platform, which includes a printer, a debinder, and a sintering furnace, delivers “complex and even impossible” geometries of metal 3D printed parts right in an engineer’s office or on the shop floor, says Desktop Metal.