A new breed of smart cameras for advanced automation 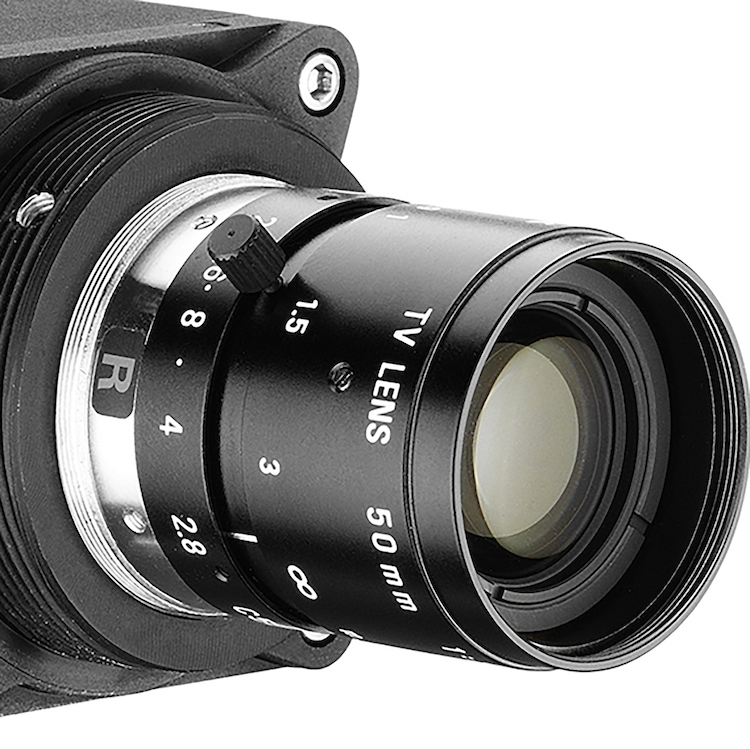 Nov. 21, 2017 – Industry 4.0, whether it is referred to as the Smart Factory or the Industrial IoT (IIoT), has long offered more conceptual ideas than realizable solutions, at least from the perspective of outside observers.

Yet for those involved in advanced automation, where factories are becoming smarter, more connected and autonomous, Industry 4.0 is an everyday reality. A new breed of smart cameras is acting as the eyes of these factories, and helping to turn far-fetched Industry 4.0 concepts into practical solutions with tangible improvements in the monitoring, analyzing and controlling of data from anywhere on the globe.

First introduced in the 1980s, smart cameras combine lenses, sensors, processors, interfaces and software together into small, all-in-one vision systems. Besides being inexpensive, their primary advantage is having the on-board computational ability to solve a vision task independently without connection to a host PC. A compact form also makes smart cameras easy to fit in tight spaces or to retrofit into an existing process. Since they have few moving parts and do not generate high temperatures, maintenance costs are kept low. Smart camera systems are also typically provided with GUIs for developing a machine-vision inspection program with little or no programming. Smart cameras that integrate fast CPUs may even allow the use of off-the-shelf software packages designed for PC-based systems.

Until the late 2000s, smart cameras featured mainly low-end processors and were deployed for single-purpose applications, such as barcode reading, go/no go decision making, OCR or counting. Difficulty managing sophisticated algorithms meant that complex images or operations requiring rapid analysis were well outside their scope. As processing improved however, smart cameras began to compete with PC-based systems in applications including assembly verification, 1D and 2D barcode inspection, and robotic guidance.

Processing power has long been a problem for smart cameras, prompting many customers to ask “why not incorporate larger processors?” Simply put, a larger processor and FPGA mean a much larger camera. The same goes for a larger sensor to increase image resolution. Both defeat one of the main benefits of the smart camera — its compact size. Also, a larger processor requires additional power consumption resulting in higher heat dissipation. Using a fan isn’t an answer since it introduces the potential for mechanical failure. Fans also cause vibrations that could influence measurements. As a result, system integrators have continued to rely upon traditional PC-based cameras for high-speed, complex applications and smart cameras for low-end, single-purpose applications, or they’ve simply added more smart cameras to gain more power, which is not an efficient solution.

Meeting the needs of Industry 4.0 requires a new breed of smart cameras, one that combines multi-megapixel resolution and speeds comparable to a PC-based system, but without the size, heat and power drawbacks associated with bulky processors or sensors. Easy-to-use, open source software is a must for rapid and successful development. In addition, since network connectivity is the key factor defining a successful Industry 4.0 program, intelligent smart cameras must be built around machine vision standards such as Camera Link, GigE Vision, CoaXPress or USB3. As well, it should feature industrial-grade IP67 housing to survive harsh chemicals, vibration, moisture, extreme temperatures, dust and other contaminants commonly found in industrial environments.

Better, faster, stronger
In Industry 4.0 settings, smart cameras must be able to connect with components and systems involved in the industrial value creation process as well as to the factory’s networks and the Internet. Ethernet networking connects smart cameras to automated devices that act on provided information, instantly leading to desired actions without any human intervention. Instead of being a reactive tool to detect defects, these smart cameras have become extraction tools that employ Big Data-style statistical and data science techniques to draw insights from images and apply them throughout the enterprise.

For example, with the use of data analytics and smart cameras, a plant manager is able to determine when a piece of equipment will fail before the maintenance crew notices there is a problem. The systems sense warning signs, use data to create maintenance timelines, and preemptively service equipment before trouble starts. Or consider the use of smart cameras to acquire images of molded plastic parts at every stage of the production process, starting at the locations of suppliers. Images of parts can be compared with thousands of others stored in the Cloud to identify correlations and trends, or they can be combined with data from sensors from other connected devices to gain insights into how each step and variable impacts the final product.

Production game-changer
Going forward, an increase in processing power, together with software advances, will help overcome one perceived disadvantage of smart cameras — flexibility — and expand the scope of smart camera applications. Industrial, pharmaceutical, food and beverage, surveillance and other sectors are all anticipated to offer smart cameras a healthy growth rate.

Specifically for Industry 4.0, smart camera manufacturers must work to accommodate the range of industrial networking standards used in automation so that their cameras are able to communicate across all industrial protocols and with standard discrete I/O. Factory protocols can be directly integrated on some cameras today, but emerging protocols like Ethernet/IP and PROFINET may require third-party converters.

While current points of view differ over meeting the challenges presented by Industry 4.0, one thing everyone can agree on is that smart cameras will play a game-changing role in its development and adoption. No other component on a production line captures more information than a smart camera — assessing products, flagging defects and collecting data that is transformed into actionable information and insights that can drive measurable performance improvements.

Fulvio Pozzalini is the technical product manager at Tattile.

This article was originally published in the November/December 2017 isuse of Manufacturing AUTOMATION.