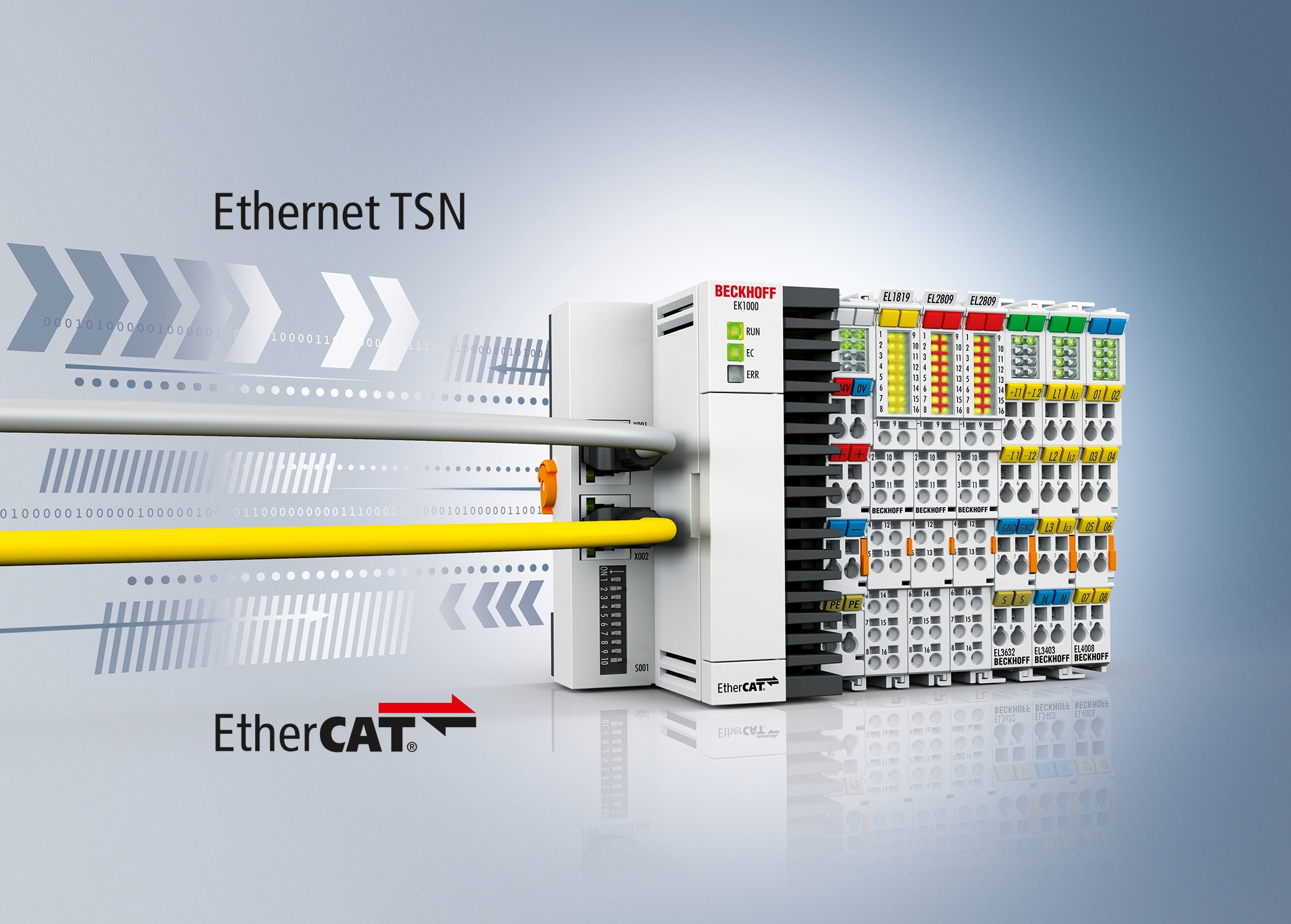 According to the company, the EK1000 enables communication among EtherCAT segments with remote EtherCAT controllers via heterogeneous Ethernet networks. Through support of Time-Sensitive Networking (TSN) functions, the coupler works to minimize delays caused by switches in Ethernet networks and the range of EtherCAT I/O Terminals and other EtherCAT devices used in TSN network environments. The EtherCAT TSN Coupler combines the advantages of the EtherCAT ecosystem with those of TSN networks, describes Beckhoff, adding that EtherCAT is ideally suited to combine the numerous small data packets of digital and analogue inputs, which typically occur in industrial environments, into a complete process image. The EtherCAT TSN Coupler, placed as the first device within an EtherCAT segment, provides two Ethernet interfaces. One of these 100 Mbit/s ports connects the coupler with the Ethernet or TSN network. The second port is for the integration of additional remote EtherCAT devices.