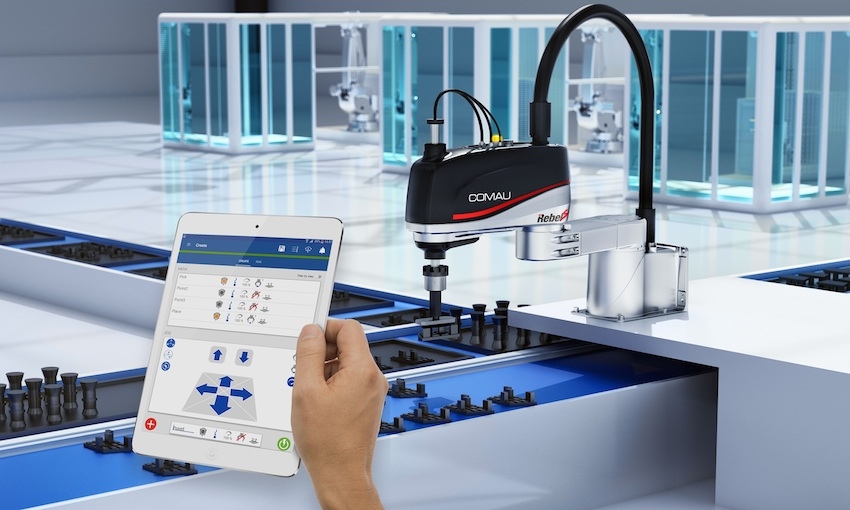 Dec. 28, 2017 – With the goal of creating a more intuitive, easier and faster way to control industrial robots, Comau has released PickAPP, an Android application to perform pick and place operations.

The PickAPP app is suitable for an eight to 10-inch tablet, configured with graphical operations which help improve the overall user experience. Thanks to this application, anyone familiar with smartphones will be able to move a robot and create a pick and place process by preparing a list of waypoints, without having to learn robotic programming language. The user moves the robot manually by pulling and pushing robot joints, or using the interface in a similar way that is used for toy cars or drones. Additional configurations, like the type of movement and the actions related to a gripper, can be added. PickAPP is available for Comau low payload robots, such as Rebel-S (SCARA), Racer3 and Racer5 (3 to 5 kilogram payload), and will soon be implemented for the entire Comau robot family.