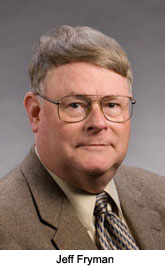 The ISO 10218 international standard for industrial robot safety is entering its last stage of approval prior to publication. This decade-long effort by representatives from 10 countries over three continents will result in the first all-new and complete international robot safety standard since 1992. This milestone achievement will, in turn, put the effort to revise the current Z434 Canadian national standard for robot safety into high gear, and result in new published standards in 2011.

Both ISO 10218-1 (the revision to ISO 10218-1:2006 for the robot only) and the completely new ISO 10218-2 for the robot system and integration, are being prepared for release as Final Draft International Standards (FDIS) and formal approval balloting. This process should be completed near the end of this year, with publication coming next year.

The international standard has always been slanted towards instructions for the manufacturer. The Part 1 document that was revised and published in 2006 was dedicated solely to the robot manufacturer. It was basically the requirements that were contained in Clause 4 of the Z434, with some new features added. Important information for proper use of the robots was not included.

With the advent of a new international standard for robot safety, what is happening with the standards in North America? The simple answer is that both CSA- and RIA-sponsored standards development teams are preparing to revise the current standards (Z434 and R15.06).

Canada has not made a change in its robot safety standard since publishing the Z434 in 2003. In 2007, the United States adopted the ISO 10218-1 as ANSI/RIA/ISO 10218-1-2007, but could not change R15.06 because the Part 2 ISO document was not complete at that time. The RIA team bridged the gap in user information relative to the new features in the ISO standard with a technical report – RIA TR R15.206-2008. The United States has the R15.06; the ISO 10218-1, which stands in for Clause 4; the technical report; and the other 13 clauses of R15.06. These make up a newer package of safety information. The same can be applied in Canada with the Z434, though the documents have not been formally adopted.

Canada and the United States have spent a lot of time and resources supporting the revision to the international standard. We can now reap some of the rewards for that effort by adopting it as our standard. This means the ISO standard will represent one standard, valid worldwide, and recognize the global nature of industrial robot safety requirements and the industry itself. Robots and robot systems designed and built in other countries will be fully compliant with the North American requirements, and will be able to be used here in North America. This will correct a long-standing issue presented to a number of global companies with both North American and international operations. Likewise, robot systems designed in Canada will be compliant with the requirements in other countries if a company chooses to move a cell or wants common cell designs throughout its global corporate operations.

How will this be achieved? For the United States, it will all be contained in one document – ANSI/RIA R15.06-2011. The R15.06 committee has been actively following the work of the international committee and making appropriate inputs and comments to their work as the standards develop. The R15.06 committee released the first draft of the next edition of R15.06 at the National Robot Safety Conference last month. The draft contains both parts of the ISO standards (Part 1 for the robot and Part 2 for robot systems and integration), and has additional U.S.-unique requirements directed to the user. The new standard thus will continue to address the three stakeholders that the current R15.06 standard addresses – the manufacturer, the integrator and the user. Similarly, the Z434 document will be revised to include the updated robot safety information. Work on that document is continuing and is expected for release in 2011.

The new standards will represent the state-of-the-art for industrial robot safety and robot work cell efficiency and productivity. North America promises to stay at the leading edge of robot safety technology, while making our industry more efficient and competitive.


Jeff Fryman is the director of Standards Development at the Robotic Industries Association. He can be reached at JFryman@robotics.org.