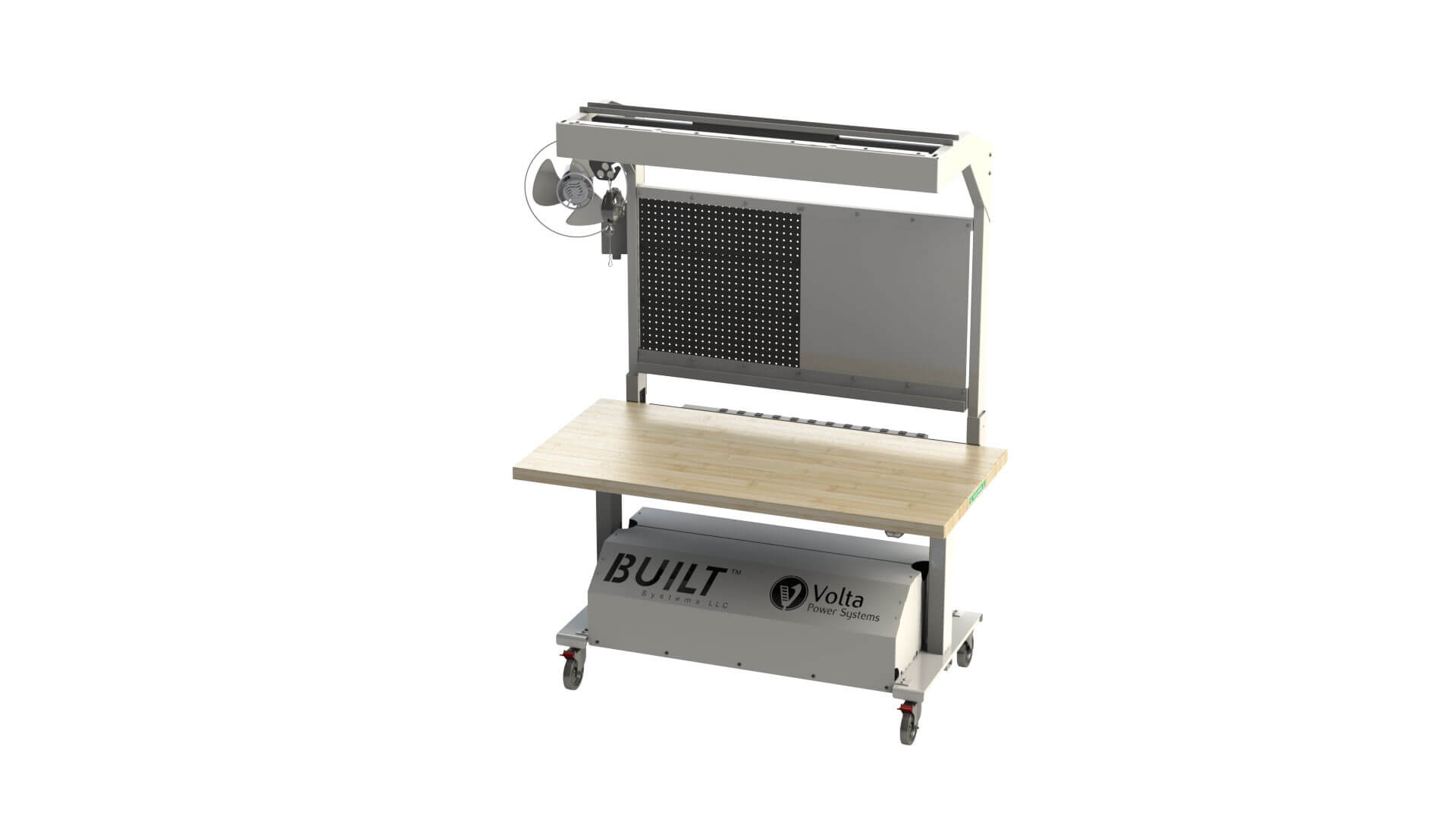 Volta Power Systems’ automotive-grade advanced energy systems provide the power for Built’s mobile workstations. “The systems could save companies tens of thousands in initial investment in facility power and pneumatic distribution or allow companies to utilize spaces lacking traditional infrastructure for a lower cost,” Jack Johnson, co-founder of Volta said. Part of Built’s ATE line, the new workstations are fully networked and provide data for IoT and features adjustable height, fans, programmable switches, monitor mounts, anti-vibration levelling mounts or casters and up to 30 amps of 120 VAC power to power traditional hand assembly tool. According to the companies, the systems supply enough energy to operate up to six fully loaded workstations in an assembly line for over 16 hours of production and can recharge in about an hour.