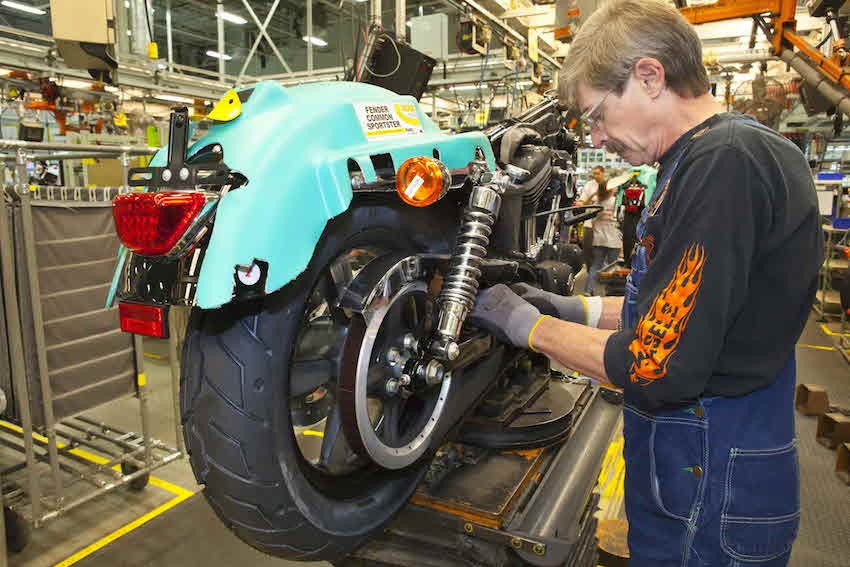 Jan. 30, 2018 – Harley-Davidson Inc. will close its Kansas City, Mo., plant as part of a cost-cutting move as it continues to face dwindling shipments.

“The decision to consolidate our final assembly plants was made after very careful consideration of our manufacturing footprint and the appropriate capacity given the current business environment,” said President and CEO Matt Levatich.

Specifically, Harley-Davidson said it is consolidating the Kansas City assembly plant into its York, Pennsylvania facility, though it did not provide details on how many employees would be affected.

It expects to book restructuring and other costs of $170 million to $200 million and capital investment costs of about $75 million over two years. The move is expected to lead to ongoing annual savings of $65 million to $75 million after 2020.

The motorcycle maker reported an 82 per cent slide in fourth-quarter profit to $8.3 million, or 5 cents per share, partly on charge related to the new tax code. Earnings, adjusted for pretax expenses and non-recurring costs, were 54 cents per share.

Revenue rose 12 per cent to $1.05 billion, mainly on pricing as retail sales of motorcycles fell 9.6 per cent worldwide.

Harley-Davidson shares slid nearly 8 per cent, or $4.24, to $51.05 in morning trading. Shares of the company have declined about 12 per cent in the past year.

Elements of this story were generated by Automated Insights using data from Zacks Investment Research.

Related
ThyssenKrupp shutting down Toronto elevator plant
FedEx Office stores closing in Canada at the cost of 214 jobs
GE closing Rochester plant, work being moved to China
Bombardier may lay off hundreds at Quebec railway plant if no orders come in
Tags