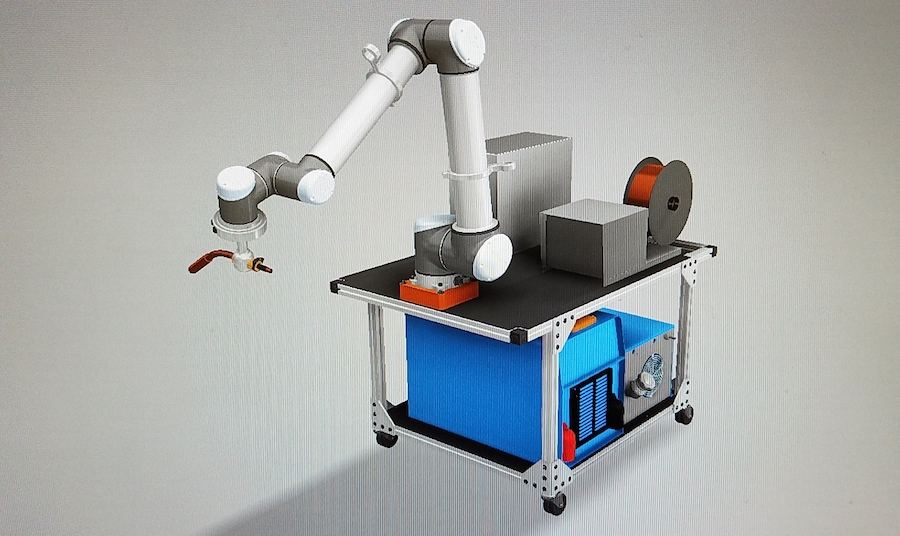 The SnapWeld will move along the start and stop path and weld only during specified stitch areas, which ARC and Universal Robots say will reduce robotic programming from hours to minutes. The welding system integrated with the UR robot is comprised of a Profax wire feeder and water cooled torch enabling welds up to 600 amps, with torch bracket, all cables and hose packages included. According to Universal Robots, the simplified programming is enabled by direct software integration into its own programming environment through the Universal Robots+ platform, that will allow users to program directly on the teach pendant that comes with the robot. Settings include features such as wire feed speed and burn back time, gas flow time, and crater fill time with instant feedback on welding volts and amps.