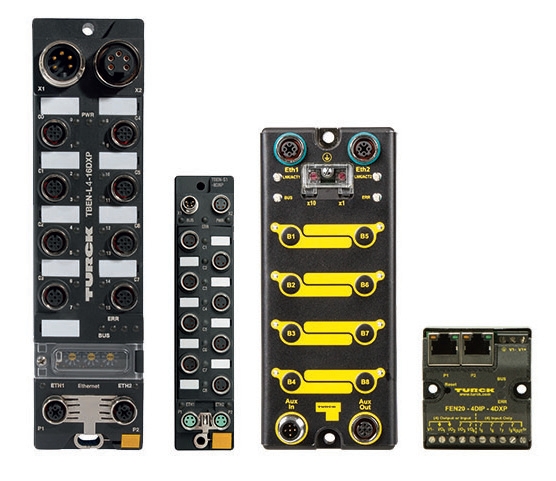 Feb. 19, 2018 – Turck has introduced BEEP – the Backplane Ethernet Extension Protocol – describing it as a new technology that has been integrated into many of its multiprotocol digital block I/O modules.

BEEP allows a network of up to 33 devices (1 Master + 32 Slaves) or 480 bytes of data to appear to the PLC as a single device on a single connection using a single IP address. By reducing the number of connections the PLC sees, Turck says the user will be able to create high density I/O networks and still utilize their PLC.

According to Turck, the technology is utilized by making the first device in the line a BEEP master, which can be done via the device webserver. The BEEP master can then scan the entire network and create a new data map that includes all of the downstream devices, with all device configuration options saved in the master. BEEP also supports drop-in device replacement; if the network is setup using BEEP, a technician can replace a slave device with a new device to keep the system online, and the BEEP master will automatically recognize the device, assign it an IP address, and download the parameters to it. Additionally, BEEP is compatible with all standard Ethernet components and does not require special equipment, says Turck.