Features Opinion
Making the case for IT automation

Dare you choose to only solve the intelligent tasks? 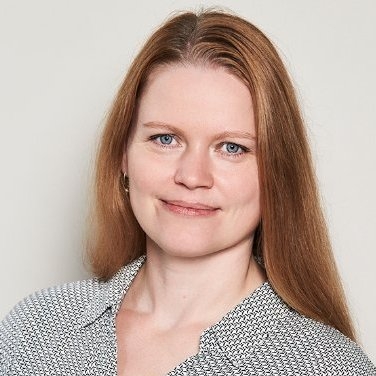 Mar. 2, 2018 – Do you know the IT person who is certain they can perform better than automation? They might just be right. But one point we should keep in mind is that skeptics of automation often want to be in control and will try to ensure that they maintain it.

So, let’s consider that history has shown us that in more cases than not, automation can save time on doing the more trivial tasks. In some cases, automated solutions even perform a lot better and more precise than humans.

But one also needs to understand that in some cases, human eyes, brain and effort will do a better job. For example, people know the constraints posed by old legacy systems that have certain needs that automation doesn’t handle so well. And in those cases, human eyes and brains should be used. Let them shine and do what they are good at — being intelligent and knowledgeable.

With that in mind, what is one way of making sure that IT has enough time to devote to these special cases? It begins by IT freeing up time from some of the more tedious tasks that can readily be automated and with good results.

Trust – and the fear – of black boxes
Automation means giving up control to some extent. That requires trust. Trust in the solution chosen. Trust that automation can do a solid enough job. Trust that management will not blame anyone in IT if automation occasionally underperforms.

Sometimes this needs to be tested to address people’s hesitations and fear of automation. One way this can be done is by evaluating and measuring benefits in time saved scripting versus code performance. IT can also experience the joy of version control always being up-to-date and having just one-click documentation at the fingertips. These examples will surely provide the feeling of how automation can improve job performance – by showing real benefits and removing any doubt or fears.

Chances are automation will be better and more time and resource-efficient in X and Y cases, while automation may never hit the target in the Z cases. Given that, we will deal with those on a case-by-case basis, handled by humans. The other option is to simply accept that the Z cases might “suffer” a bit when it comes to performance, but this may still provide benefits over using humans, such as time saved, automatically writing documentation, and version control. As to how large or small the impact will be in these Z cases, well, this can only be verified over time but should not stop anyone from automating.

Ninety-eight per cent is perfect enough
It is equally important to acknowledge that sometimes 98 per cent of optimal performance actually is pretty darn good. Take this example, IT people can realize the milliseconds one might be able to save by rewriting the code manually – spending several days of doing this laborious task – means that the code has to run thousands of times every minute for several years to pay back the time spent on gaining those last milliseconds. And this doesn’t even take into account the time spent on keeping documentation up-to-date by hand afterwards, nor does it consider time spent on version control.

If automation saves time, then it is a no-brainer…right?
For non-tech people, automation has a couple of legs to stand on. Let’s consider:

• Automation frees up scarce resources of those hard-to-find IT specialists.
• Automation creates consistency in the solutions made, as it will generate same type and style of code every single time.
• Automation maintains systems automatically (as it is capable of reading its own code and keeping it up-to-date).
• Automation is easy to document. No matter if it’s software release management of different versions or if it’s automated code writing SQL scripts and SSIS packages for creating data warehouses. Documentation is easy and automated as the code has a common, recognizable structure that is well-defined. No matter how structured, no two humans code alike, which makes the task of writing documentation a more challenging one. And seriously, have you ever heard of a software developer who truly enjoys to document their own work – let alone document other people’s work?

But it touches upon something else.

Control issues? Automation is just another part of the toolbox
Well-known, often tiresome tasks have been part of some IT people’s everyday life for many years, so much so that they have often become very comfortable to deal with it.

They shy away from the feeling of giving up pieces of control of their environment and work habits and routines. To those people, it is very important that they still feel they are in control yet gently guided to see automation as a gain. They should understand that the degree of automation can be adjusted and automated code can be accessed, viewed and even altered if necessary.

This insight might help to ensure IT that they can harvest the benefits of automation, but at the same time rest assured that they will stay in control.

Interestingly, non-technical people will often find it easier to be convinced of the benefits of automation as a way of freeing up scarce resources and enhancing the ease to maintain systems.

They also learn fairly quickly that fewer human bottlenecks means achieving faster time to delivery and that those scarce, hard-to-find experienced IT people can move to tasks that are more strategic and complicated – tasks often outright impossible for automation to manage.

Yet, often, those same non-technical people will have to rely on IT people for final decisions regarding automation. Will automation do a good enough job?

Ready to embrace automation?
We should understand, which, if any, of the IT people’s objections are based on facts and which are based on true emotions and long-standing biases?

Sometimes one has to arrive at the realization that having a company move ahead into the future by performing tedious tasks have had their time and might just be an archaic practice. And, that it is perfectly okay and in fact should be an objective to actually let these older methods go, in order for one to free up the time to do something even more meaningful and fulfilling that requires a different skillset. For instance, a skillset much harder to automate and one requiring creativity and problem solving. And once this is recognized and implemented, all will see the unexpected and reap many business benefits not previously anticipated.

While IT automation should have a home in any modern corporation, let us assure all IT people, that you too, possess an unreplaceable knowledge base that a company places a high value on. You will be called upon to manage those tasks previously discussed that are not easily automated or cost efficient to do so, or that require strategic thinking. Even more, freeing up IT staff members from laborious, tedious, manual tasks that are repetitive, means greater job satisfaction moving forward. And that’s an important objective that everyone in IT should want to achieve in their professional endeavours, right?

Majken Sander is a data nerd, business analyst, and solution architect at TimeXtender and is known in industry circles as an influential industry executive, international speaker, and accomplished data expert. Sander has worked in IT, management information, analytics, business intelligence and data warehousing for more than 20 years. She can be reached at ms@timextender.com.

Related
Industrial security: 4 danger zones and protections
Servitization is not a buzzword – it’s a promise
Top 5 industrial automation trends in 2019
Editorial: Patents and people are pipelines to growth
Tags