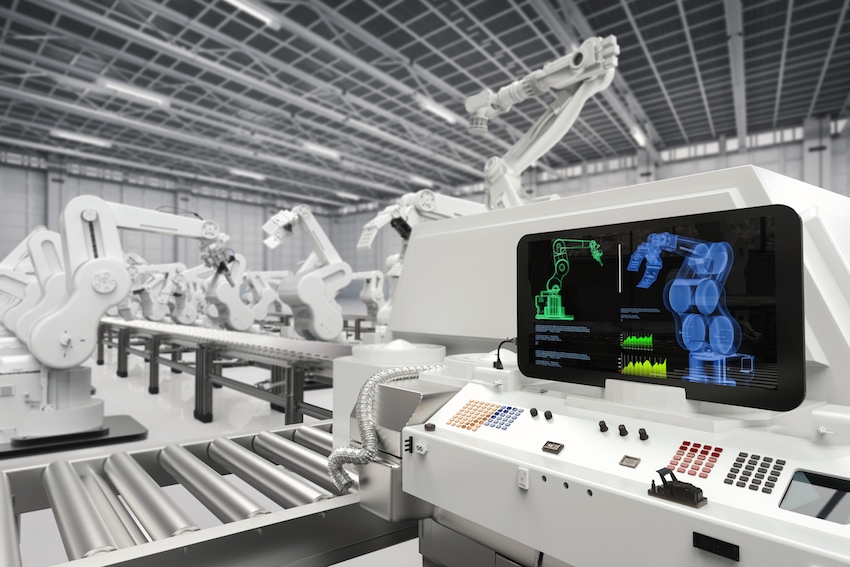 Mar. 27, 2018 – There’s no doubt about it — industrial automation is on the rise around the world. According to the International Federation of Robotics (IFR), 74 robot units per 10,000 employees is the 2016 average of global robot density in manufacturing industries, up from 66 units in 2015.

The Republic of Korea has by far the highest robot density in the global manufacturing industry, a position it’s held since 2010. At 631 units, its robot density exceeds the global average by more than eight times. The high growth rate, the IFR explains, is the result of continued installations of a high volume of robots in the electrical, electronics and automotive industries.

Singapore takes second place with a density of 488 robots per 10,000 employees in 2016. About 90 per cent of robots are installed in the electronics industry in Singapore, finds the IFR. Meanwhile, Germany and Japan rank third and fourth in the world with 309 and 303 robot units, respectively. The IFR predicts that between 2018 and 2020, the annual supply in Germany will grow by at least 5 per cent a year due to increasing demand for industrial and automotive robots.

Rounding out the top five countries with the highest robot density in 2016 is Sweden at 223 units.

“Robot density is an excellent standard for comparison in order to take into account the differences in the automation degree of the manufacturing industry in various countries,” said Junji Tsuda, IFR president.

While robot density in Canada has grown steadily over the years, we land in 13th place at 145 units in 2016, largely driven by installations in the automotive industry.

One country to keep an eye on is China in its pursuit to become one of the world’s 10 most automated countries by 2020. Currently in 23rd place in terms of robot density, China has displayed the most dynamic development of robot density worldwide, says the IFR. Due to its significant growth of robot installations, its density rate rose from 25 units in 2013 to 68 units in 2016.

“The speed with which automation technologies are emerging, and the extent to which they could disrupt the world of work, may appear daunting but is not unprecedented,” states a 2017 McKinsey Global Institute report. “Technological change has reshaped the workplace continually over the past two centuries since the Industrial Revolution, and even earlier. Nonetheless, the latest technological developments will touch every job in every sector and in every country.”

But how exactly — and to what degree — will automation transform the workplace, a widening range of industries, and the global economy? Only time will tell.

This editorial was originally published in the March/April 2018 of Manufacturing AUTOMATION.