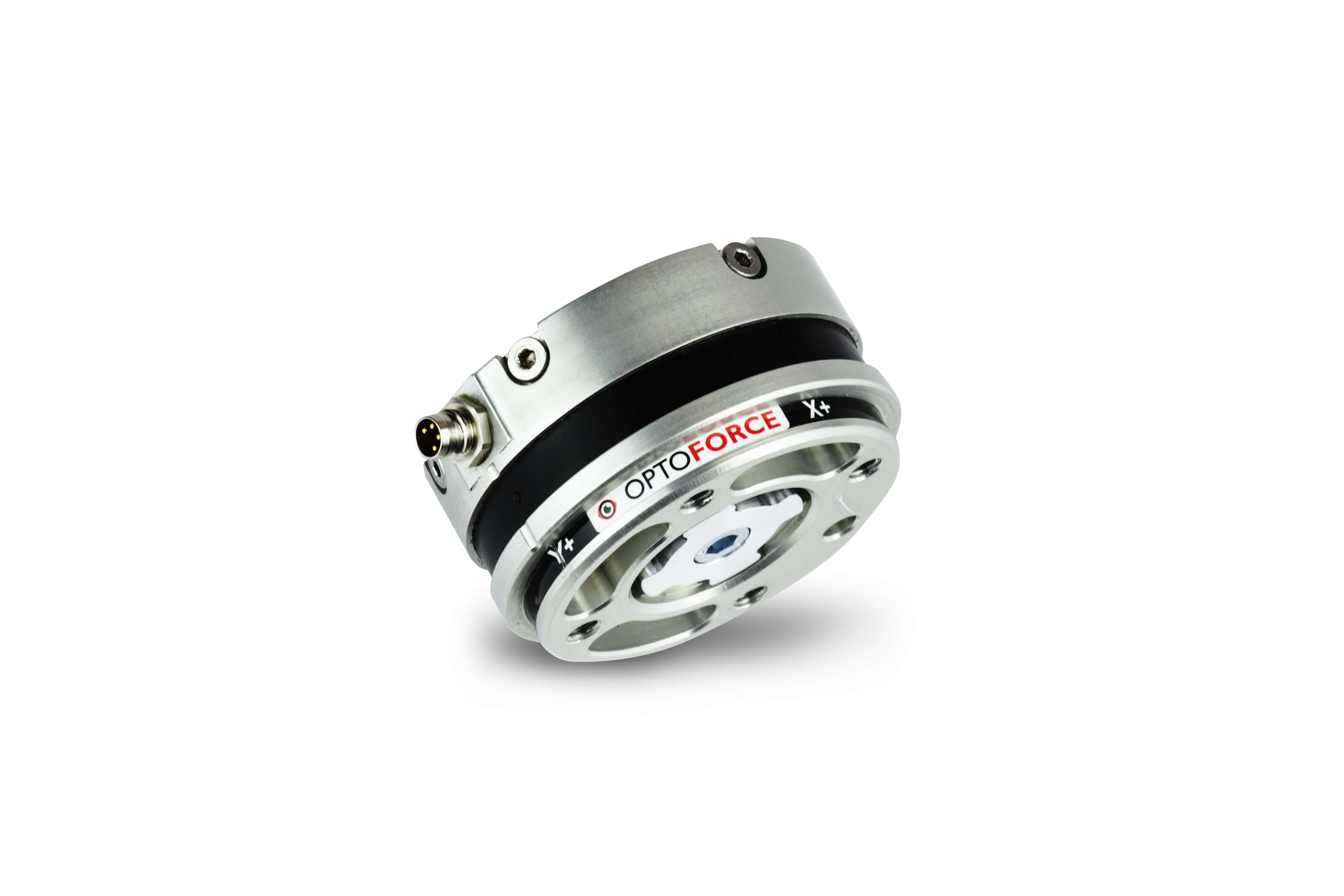 Apr. 2, 2018 – OptoForce, a robotics technology provider of multi-axis force and torque sensors, says it has “completely rewritten” its core software, resulting in new capabilities and automation tasks that it says were not previously available for Universal Robots industrial robots.

The new developments are described as featuring greater speed for integration on different industrial robotic functions. For example, the speed of pin insertion and path recording with constant speed under force mode is a new development from this release – the latter capability providing organizations with improved manufacturing performance, which are especially useful during surface finishing, such as polishing and deburring. The ability to provide path recording with constant speed under force mode, OptoForce says, is a unique offering now being made available to the marketplace with this announcement.

The new capabilities in this release, include: additional hand guide features; improved pin Insertion; snap to axes to align the tool orientation to vertical or horizontal planes; anti-drift button for longer hand-guiding sessions; increased insertion speed; F/T Move command with new features designed to speed up the programming; F/T Control command for increased applications; and compatibility with the UR robot software v3.5.