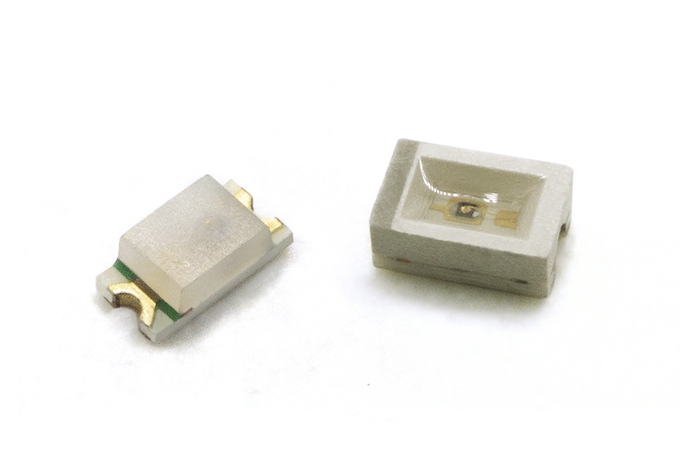 The 0805 Reflector Cup Series has a 110-degree viewing angle. The built-in reflector cup projects light wider for better visibility while reducing bleed in light pipe applications and on front-panel displays.

The 0603, 0606, 0805, 1206 Series has an integrated Zener diode for ESD protection and is ideal for handheld and portable equipment, ID tags and other movable applications that are at risk of ESD exposure.