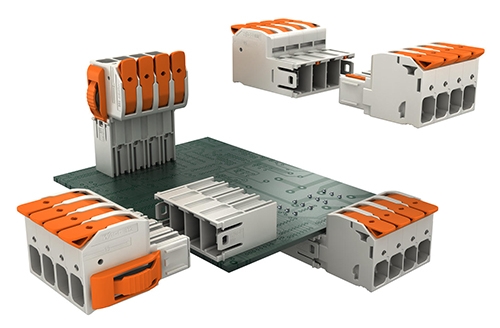 September 11, 2018 – WAGO, the electrical connections provider, has introduced the MCS MAXI 832 Series, which the company says the world’s first lever-actuated PCB connector for high-power applications up to 66 A/600 V, and up to 4 AWG conductors.

The tool-free, push-in connector with lever operation is part of WAGO’S Multi-Connection System family of pluggables and has high current and voltage capacity relative to its size. The MCS MAXI 832 Series is made for wire sizes 18 to 4 AWG and  features wire-to-board and wire-to-wire configurations in two- to six-pole variants.

These touch-proof connectors (even in unmated condition) feature low mating forces yet high contact forces between mating components for safe connections. They also feature flexible coding, so changes can be made even after the connector is already installed.