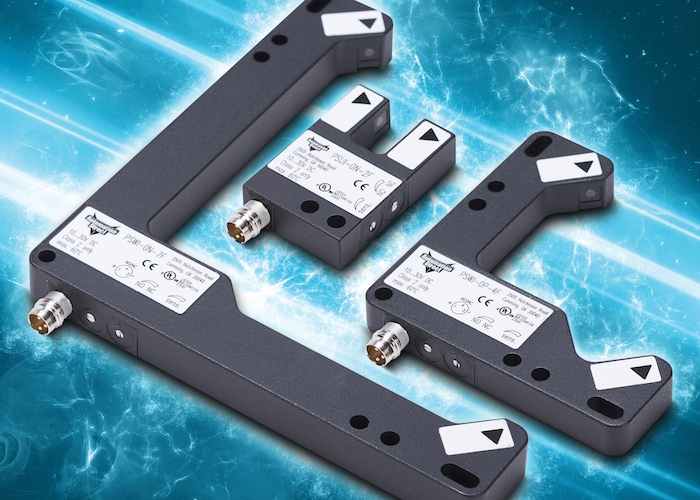 Fork sensors are U- or L-shaped through-beam object-detecting sensors that have the transmitter and receiver built into the opposing “fork” arms of the sensor housing.

The new sensor additions include harsh duty U-frame sensors for food applications, L-frame or angled fork sensors for unique mounting situations and fork sensors for liquid detection. Depending on model, PS series fork sensors are available in visible red, infrared and laser lighting, and in sensing ranges from five mm to 220 mm.

Advantages of fork sensors include installation with only one connection point, an identical mechanical and optical axis, and constant alignment with transmitter and receiver built into the same housing.