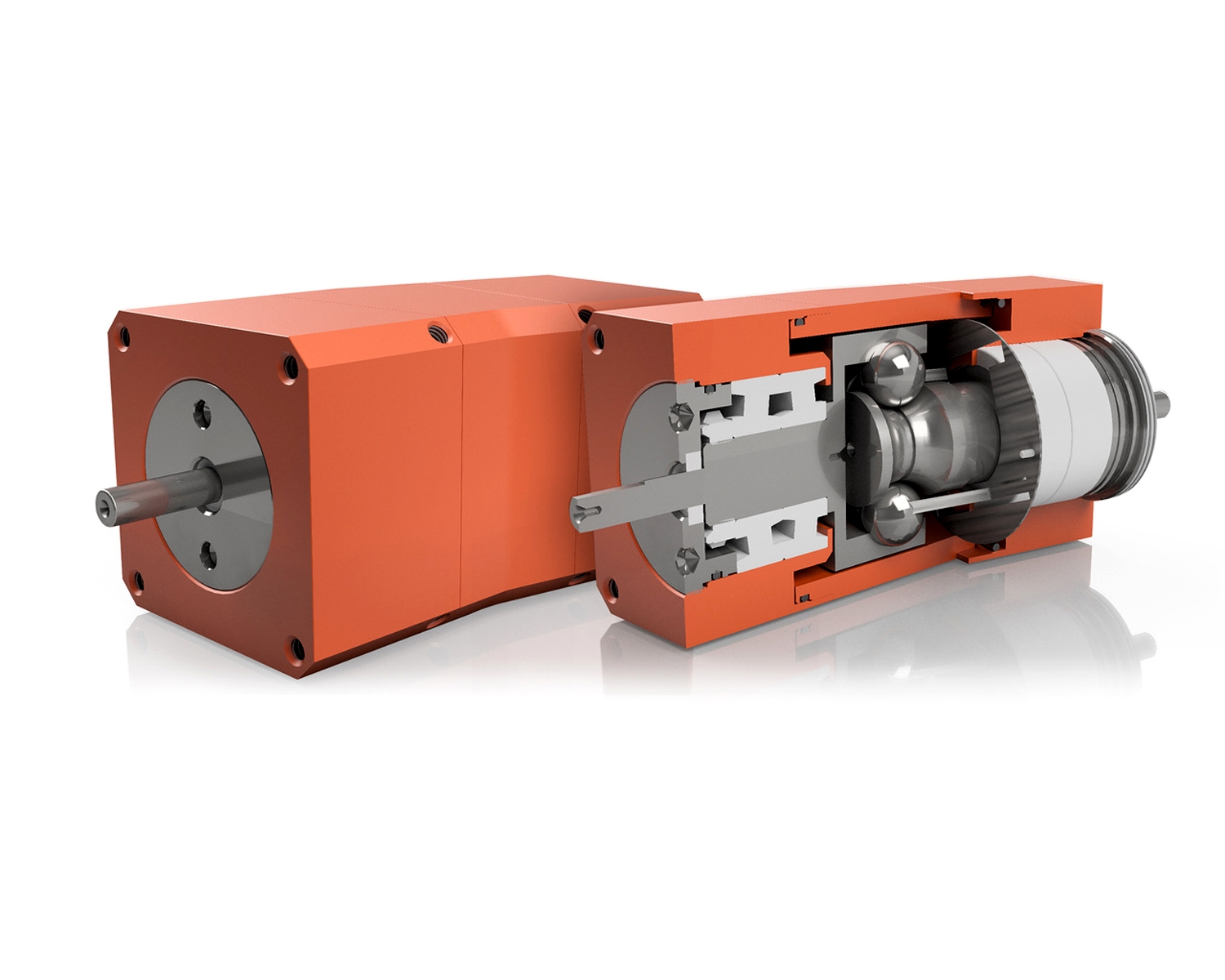 These are one-way traction drives with only six moving parts and use an engineered traction fluid with a coefficient of friction of 0.1 to 0.12. These traction drives typically last three times longer than conventional gearboxes, and with no metal-to-metal contact, the drives generate up to 72 per cent less heat after 24 hours of continuous operation.

Additionally, they create up to 38 per cent lower dB at 3,000 rpm (less than a home refrigerator) over conventional gearboxes. Even though there is no metal-to-metal contact, the company says there is no slippage or lost motion between the input and output shafts.

The MAR17-1-2.1 traction drive is designed for speeds to 3,600 rpm with 10 to 20 in/lbs of torque, and the MAR-23-1-2.1 traction drive is rated for 3,600 rpm with 20 to 30 in/lbs of torque. Operating at temperatures that are lower than a motor’s, with low vibration, and no torque losses from 10 to 3,000 rpm, these traction drives permit a motor to operate at peak efficiency. Applications for these one-way traction drives, which can operate in explosive environments (ie. zone 1 and 21), include pumps, blowers, fans, turbo and super chargers, conveyers, HVAC systems, medical applications, and other power transmission and motion applications.

The drives are available with an optional overriding clutch. Incorporating standard NEMA mounting dimensions, these drives can be easily integrated into new and existing applications.