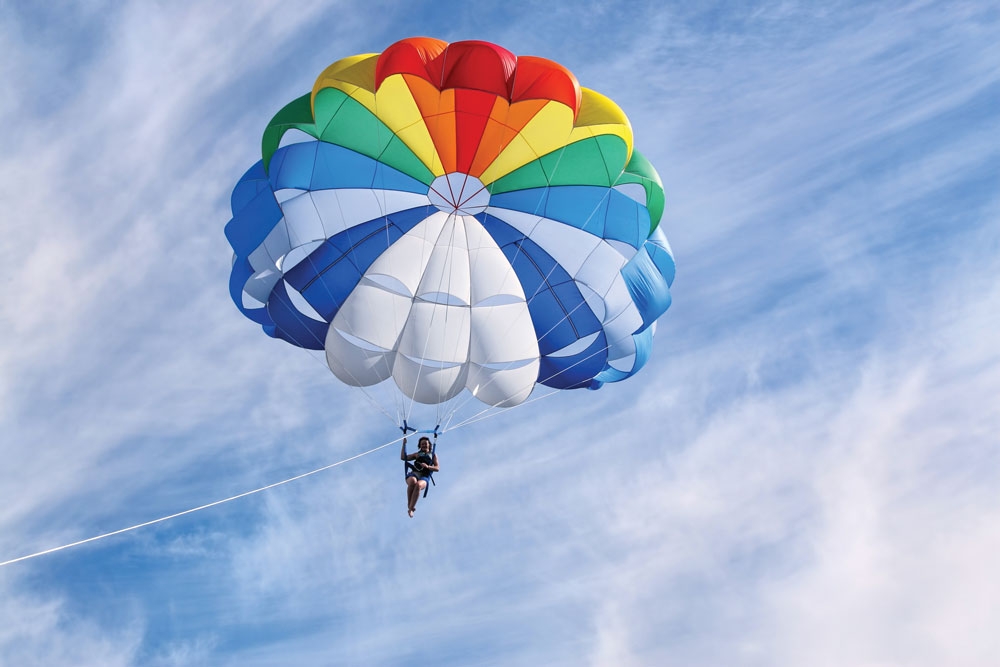 October 11, 2018 – Regular readers of this column probably wonder if I am still working, or if I’m retired, given that so many of the columns I’ve written highlight my recent recreational pursuits and adventures, many of them with my granddaughter.

The truth is that not only am I still working, but also the last two years I’ve been working harder than I did in almost any other period in my 35-year career. The difference, though, is that I have learned a few things on the ever-converging life and business journeys – and one of those things is how to keep things in relative balance, even when going full throttle. Along with the stresses and challenges of starting up a new business that is bringing new technologies to a conservative industry and challenging decades-old (centuries-old?) paradigms, I’ve taken small breaks here and there to climb famous towers and bridges, hike Niagara escarpment trails and drop anchor in places unchanged since before the first European settlers arrived here. And most of those things I did with my granddaughter.

On our last such adventure, we talked about one day participating in the Amazing Race Canada reality TV show, and then concluded that, in effect, we were already doing that now. We were sitting on the back deck of a boat just off shore at Grand Bend, Ontario, and then a single moment later, we were soaring 550 feet in the air. It was spectacular, and the whole experience caused me to think about how different things would have been if I didn’t say “yes” to many of the unusual requests I’ve said yes to – with most of those really unusual requests coming from her.

Often, these revelations come after long hours of hiking, climbing or riding – or they are epiphanies that come days later, upon reflection. With the parasail adventure, I knew the inspiration, whatever it may be, needed to come quickly, because the whole thing was only going to last 10 or 12 minutes; one minute we would be sitting legs forward on the back deck, and the next we would be soaring, feeling as if we were suspended, thumbtacked to a cloud. If only getting a company off the ground was that easy, I mused. But it’s not.

And then it hit me.

I wondered why it wasn’t that easy to get a company or new idea off the ground, and why people are more inclined to say no and resist a new idea than embrace it. And then I thought about the boat that was pulling us, with its 600-cubic-inch engine, and the sail that was suspending us, and the taut, thin line in between – and I realized it was the resistance of the wind that lifted us to the sky, and not the pulling of the boat alone. Without the resistance, there would be no lift.

If it was just a matter of power and speed, we would be skipping along the surface of the water, at perhaps 70 kilometres per hour, but we wouldn’t get in the air. We wouldn’t be enjoying the experience – in fact, after only a short while, we would be exhausted, beat up and drenched. We needed the right balance of speed and power, along with resistance, to get into the air. Resistance is good. In fact, it’s necessary. We also needed that taut, thin rope to keep it all connected. The best phrase to describe that rope when everything is working well is “under tension.” There is always tension whenever there is resistance – and there is always resistance whenever there is lift.

The person driving the vision, or idea, or company, is likely thinking primarily about the power and speed of the towboat and all of its capacity, and may actually be thinking of all the resistance as a bad thing. But some of that resistance is essential if indeed you want your idea, or business, to soar.

My takeaway advice from this recent 12-minute adventure: 1) say yes more often to more things that get out of your comfort zone (and this incudes recreational things); 2) expect resistance, even a lot of it, with a healthy dose of fear; and 3) learn how to find the kind of resistance needed to create the lift that gets you off the deck and soaring.

Paul Hogendoorn is president of FreePoint Technologies. “Measure. Analyze. Share. Don’t forget to share.” He can be reached at paul.hogendoorn@getfreepoint.com.

This article originally appeared in the October 2018 issue of Manufacturing AUTOMATION.