News
Robot orders down sharply in first half of 2009 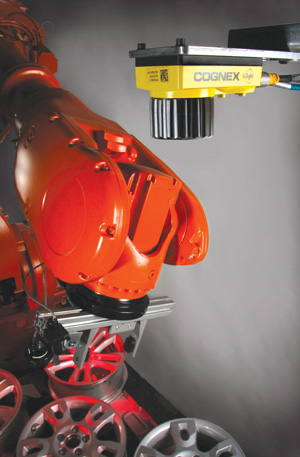 North American based robotics companies saw orders for new robots decline 36 percent in units and 47 percent in dollars through the first half of 2009, according to Robotic Industries Association (RIA), the industry’s trade group.
“
The second quarter alone saw declines of 43 percent in units and 51 percent in dollars over the same period in 2008.” The quarter was also down 29 percent in units and 26 percent in dollars from the first quarter of 2009.
“
Weakness in orders received from the automotive industry OEMs and suppliers is the major factor in the decline, said Jeff Burnstein, the RIA’s president.
“
“The automotive industry, the largest customer for robots in North America, is in the midst of a major upheaval.” That’s one of the reasons we knew 2009 would be a very difficult year for the robotics industry, so there are no surprises in the first half results.”
“
“Robotics companies across the globe are experiencing similar declines as they grapple with the impacts of the economic recession that has put the brakes on capital equipment expenditures in many industries, not just automotive,” Burnstein explained.
“
“While the first half numbers do have some bright spots, such as a 34-percent increase in orders from the Life Sciences/Pharmaceutical/Biomedical industries and a seven-percent increase in orders from the food & consumer goods sector, the reality is that we’re in the midst of a sharp decline that will likely last into 2010.” However, recent economic data indicates that the worst of the recession may be behind us, which would be welcome news for everyone in our industry,” said Tammy Mulcahy of ABB Robotics, chair of RIA’s Statistics Committee.
“
RIA estimates that more than 190,000 robots are now being used in the United States, placing the Unites States second only to Japan in overall robot use. It’s estimated that more than one million robots are being used worldwide, with countries such as China, Korea and India rapidly expanding their investments in robotics.
www.robotics.org