Features Education & Training
Getting the benefits: why and how manufacturers should use available R&D tax credits 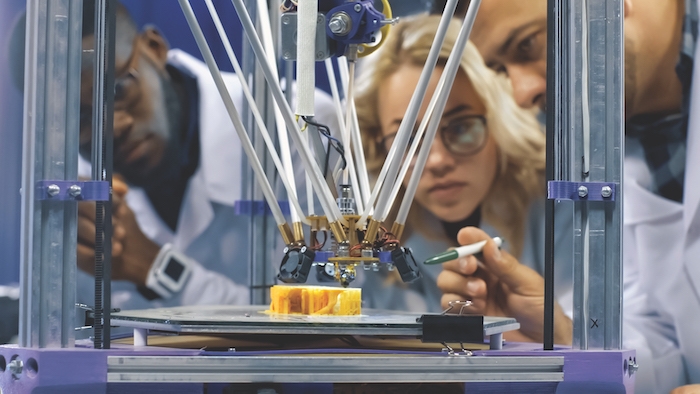 January 31, 2019 – It’s well known that innovation and continuous product/process improvement are necessary for manufacturers to keep or expand their market share. It’s also well known that many incentives exist to offset the costs involved.

Due to some misconceptions, however – such as thinking they do not qualify or underestimating how much they could receive – manufacturers often do not pursue or maximize these tax incentives.

To clear up these misconceptions, it’s first important for manufacturers to understand that almost all incentives relate to R&D – R&D that may or may not ultimately lead to innovation. “As long as a company has tried to improve its processes or products, the related activities may qualify for the credit,” explains Laslo Cesar, managing director at Ayming, a Montreal-based consulting firm specializing in government incentives and cost optimization. “Said another way, you don’t have to innovate to benefit from available incentives. Some incentives may use innovation as part of their assessment, but rare are the ones strictly just for innovation.”

Cesar notes that the biggest Canadian R&D incentive of all, the SR&ED (Scientific Research and Experiment Development) Tax Credit Program, aims to support R&D regardless of the outcome. Indeed, Dennis Darby, president & CEO of Canadian Manufacturers & Exporters (CME), characterizes SR&ED as essential to the future of manufacturing in Canada. He says Canada has one of the lowest levels of research and commercialization among the members of the Organisation for Economic Co-operation and Development, a global body that stimulates economic progress and world trade.

“So reforms of tax credits such as SR&ED are critical to change the situation, boost innovation and allow manufacturers to succeed on the global stage,” he says. “Manufacturers account, in fact, for 42 per cent of SR&ED claimants.”

CME’s in-depth research on the SR&ED program, however, has found that less than two-thirds of companies are using the program, and that less than two-thirds of those are only claiming about half of their R&D expenditures. Of those who are not using the program, CME found that almost 40 per cent have used it in the past, but stopped because of the large administrative and audit burden.

The federal government invests $3 billion in SR&ED every year, and CME has concluded through its Industries2030 research (CME’s strategic plan to double Canada’s manufacturing output by 2030) that for this investment to yield the most success, SR&ED needs to be modernized. Darby is pleased to report that the federal government has recognized the concerns, and has committed to working with CME to reform the program (see “Changes to the SR&ED process,”, below).

Other options
Other types of incentives are more modest than SR&ED, but should definitely be investigated. Just on the tax credit side, they include design, multimedia and e-business credits. “A design tax credit could apply to the development of a new machine used in manufacturing,” says Glenn Kerrick, president of Ayming North America. “So the name can be misleading in that it doesn’t just apply to product design. This type of incentive could also include software development – for example, the Quebec IT integration tax credit.”

Because each province offers a mix of tax breaks and grant incentives, with some lasting a few months to a few years and criteria that are always evolving, the claiming process is usually complex and time-consuming. Similarly challenging is the task of evaluating and optimizing all programs. Indeed, Kerrick reports that manufacturers may not know that optimizing the mix of credits across all available programs can lead to a significant increase in total credits obtained. In addition, if your company is located in more than one province or even in several countries, the complexity becomes exponential – but so does the potential for taking advantage of incentives (see “Taking advantage of international tax credits,” below).

Other factors holding firms back
Complexity is large factor, but it’s only one of many reasons why companies are not claiming or are underclaiming R&D incentives. The other reasons may surprise you.
For one, companies don’t always think of the changes they are making as R&D, Kerrick notes. “For example, process development and continuous improvement, equipment and system changes, and internal IT projects are all activities that could qualify,” he says. “However, the manufacturer might have had a prior bad audit, or think it takes too much time and discipline to comply with documentation and tracking requirements, so they make the mistake of writing R&D incentives out of their funding equation.”

Cesar points to another example of why some manufacturers don’t claim eligible activities, and that’s the situation of on-demand orders. “In this case, the company is being paid by clients for R&D, so company leaders don’t believe they can claim any tax credits for this work,” he says. “Therefore, we frequently find companies wrongfully not including these activities as part of their claim, in essence eliminating a large portion of eligible costs they could be receiving tax credits for.”

Also, he notes that while R&D accounts for a significant part of these incentives, it’s also critical to understand that incentives exist for activities other than R&D, such as hiring, training and capital investment. “Properly positioning companies’ initiatives toward the right incentives is key,” he says, “as the same initiative could be eligible for several programs.”

Cesar adds that it can be difficult to know what’s expected in each case from the government in terms of compliance, but that it’s possible to identify areas where compliance is weak and strengthen them. “If we go back to custom manufacturing, an example would be how a contract with the client is structured,” he says. “If you’re being paid by the client for R&D based on the number of hours involved or on a fixed fee, that sort of thing can make a difference in claiming incentives.”

Many companies also underclaim simply because they don’t believe they have the back-up documentation to support their claim, say Cesar. For example, programs often don’t require timesheets, but emails, meeting invites and status reports are sufficient evidence to accurately account for the time spent.

As to whether CME recommends that manufacturers hire a company (rather than trying to do it themselves) to help choose, apply and implement the incentive programs available in Canada and internationally, Darby suggests using his organization as a resource. “CME can help businesses connect to the right decision-makers in government and help overcome regulatory challenges,” he says. “If companies need help with their specific claims, our members have access, through our network companies and partners, to a range of vetted experts at a discount.”

Taking advantage of international tax credits
There is obviously a multitude of legislative, policy, cost, labour availability and other factors to consider when drawing comparisons and making decisions about whether or not to set up a plant in the U.S.

Cesar notes that the U.S. federal government offers R&D tax credits at the federal level, and that about 37 out of 50 states also have them for product and process development and improvement. “In general, the eligibility criteria are much broader and it’s much easier to qualify in the U.S. than in Canada,” he says. “So, depending on individual situations, there can be some benefits for Canadian manufacturers to set up some manufacturing activity in the USA. There are also tons of other programs at the state level to incentivize setting up a plant, hiring and training and so on.”

Changes to the SR&ED application process
CME is working with the federal government to improve SR&ED so that manufacturing is better supported, especially around commercialization/scale-up and process innovation.
Here are the specific aims:

Treena Hein is an award-winning freelance science and tech writer based in Ontario.

This article originally appeared in the January/Februay 2019 issue of Manufacturing AUTOMATION. Read the digital edition here.