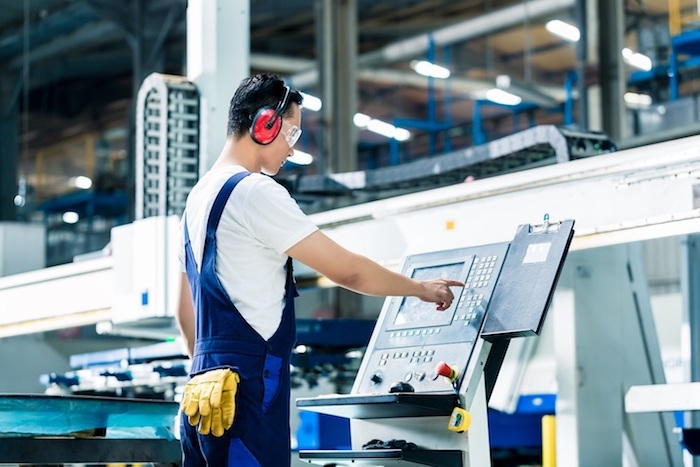 April 17, 2019 – According to the Association of Workers Compensation Boards of Canada, over 29,000 manufacturing workers suffer a job-related injury each year, accounting for nearly 12 per cent of all workplace lost-time claims. How can automation help to reduce this figure?

Accidents in the workplace can be caused by multiple factors. However, some industries are prone to a higher risk of accidents than others. Reports suggest that injuries in manufacturing are most commonly caused by unintentional contact with objects, overexertion and, of course, accidental slips, trips and falls.

Considering the heavy-duty equipment used in the manufacturing sector, these common injury causes still illustrate a massive improvement on the historical reputation of health and safety in manufacturing. Some quick research into the appalling factory conditions of the Industrial Revolution puts this into perspective.

While manufacturing’s approach to health and safety has dramatically improved, much of this is attributed to government regulation and the introduction of machine safety procedures and guidelines.

Automation has long been hailed as the ultimate technology to increase the speed, precision and efficiency of manufacturing processes. However, its capacity to remove human workers from these potentially dangerous tasks is usually portrayed in a more negative light – often due to fears about job losses.

According to a recent ADP Canada Sentiment Study, one in four Canadians are worried about the increasing use of robotics and automation in the workplace. While there is no denying automation will displace some roles in the manufacturing realm – in fact it already has – the positive impact automation has on human safety far outweighs the negatives.

Safety through hardware automation
Consider industrial robots as an example. These machines have long been used in manufacturing to separate human workers from dangerous processes. For instance, traditional six-axis robots were first deployed to production lines in the 1960s to remove the presence of workers from some aspects of the production line.

Much of this robotic deployment was in the automotive industry, which often requires the movement of heavy objects and materials. By eliminating the need for human workers to interfere with these processes, manufacturers can rest assured machines will handle this task. What’s more, as robots like these are often required to operate in robotic work cells – reinforced by metal barriers to separate the machine from humans on the factory floor – there is no opportunity for workers to be harmed should the robot ever malfunction.

That said, implementing automation for safety is not limited to heavy-duty processes, nor does it require the deployment of robots. Health and safety of much simpler processes, such as box opening and packaging, are also benefitting from the introduction of automation.

Box-opening automation is a good example of this. While cuts and lacerations may seem like minor injuries, at least compared to some manufacturing accidents, these injuries still account for many hospital visits each year (in the U.S., it’s one million hospital visits annually – similar data is not available in Canada). Naturally, these injuries can vary in severity. However, in some instances, lacerations can result in stitches and even permanent damage to the worker.

Safety through software automation
Safety automation is not limited to physically restricting humans from dangerous tasks. New software technologies are also introducing intelligent ways to reduce the likelihood of hazardous processes on the factory floor. Much of this is possible through machine learning and predictive analytics technologies.

Machine learning describes a type of artificial intelligence (AI) that allows software to learn and develop while it is in operation. Using this technology, industrial IT systems can search through manufacturing data to highlight dangerous processes.

For example, by using machine learning through a supervisory control and data acquisition (SCADA) platform, a manufacturer can identify if a piece of equipment is repeatedly showing signs of overheating, and isolate the exact point in time or temperature that the equipment might fail.

By consciously monitoring this piece of equipment, the software can immediately alert an engineer if the machine is getting close to the point of failure and act before disaster strikes. In this instance, the equipment could be close to breaking down or, in the worst-case scenario, catching fire due to excessive overheating.

Automation may have a poor reputation when it comes to job security. However, its potential to protect workers on the factory floor should not go unnoticed. What’s more, implementing safety automation does not need to be an expensive investment.
_____