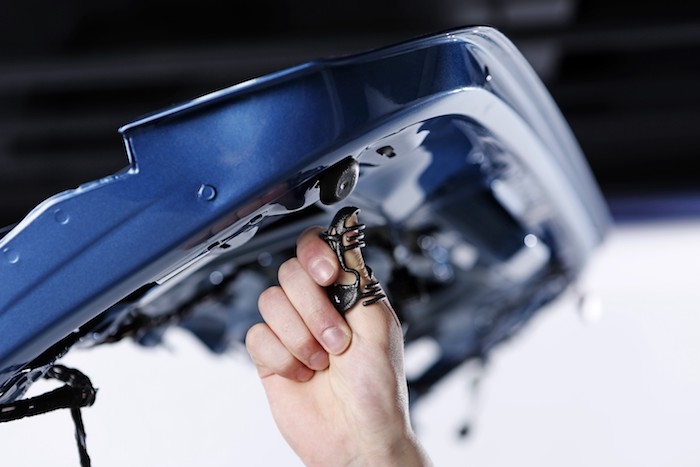 April 1, 2019 – Ottobock, a German manufacturer of medical technologies, is debuting its industrial exoskeletons for the first time at the Hannover Messe trade show, running April 1-5 in Hannover, Germany.

Visitors to booth G18/1 in hall 17 will have the opportunity to personally test the passive exoskeletons in the Paexo product family, which are meant to be used to support parts of the hand during work.

“Exoskeletons designed for industrial settings will bring about permanent changes in many working environments,” says Dr Sönke Rössing, head of Ottobock Industrials. “They can play a major role in preventing workplace injuries in many sectors, and help to make workplaces more ergonomic.”

The new Paexo Thumb supports people who place strain on their thumbs at work on a daily basis. Such activities can include clipping, inserting or plugging tasks on assembly lines. The small and extremely lightweight exoskeleton relieves the thumb by up to 70 per cent by redirecting forces to the entire hand. The company says this relieves strain on the thumb joints and protects the tip of the thumb against mechanical influences. In addition, users automatically assume an ergonomic hand position when wearing the Paexo Thumb.

The Paexo Thumb was fabricated in series production using a 3D printer. It’s available in seven sizes as of the end of April 2019.

The new Paexo Wrist will also be available starting in April 2019. This exoskeleton supports the wrist when the user lifts and holds heavy objects. Ottobock Industrials based the Paexo Wrist on a medical device aimed at treating conditions such as inflammation in the wrist. It is used as a preventive tool in industrial settings to protect the sensitive area of the wrist.

It can be used, for example, when holding rivet removers and welding equipment or when moving or installing generators and starter motors. The Paexo Wrist’s material regulates the temperature of the skin. It can be taken on and off with one hand.

The Paexo Shoulder was the first product to be launched by Ottobock Industrials and has been available since October 2018. Weighing just 1.9 kilograms, it is the lightest exoskeleton of its kind. The Paexo Shoulder is worn close to the body, similar to a backpack.

The arm shells transfer the weight of the raised arms to the hips, using mechanical cable pull technology. This provides relief to the shoulder muscles and joints, and enables users to perform overhead activities more comfortably. The design is based on natural human movements. Users can walk, sit and also pick up objects with the exoskeleton.