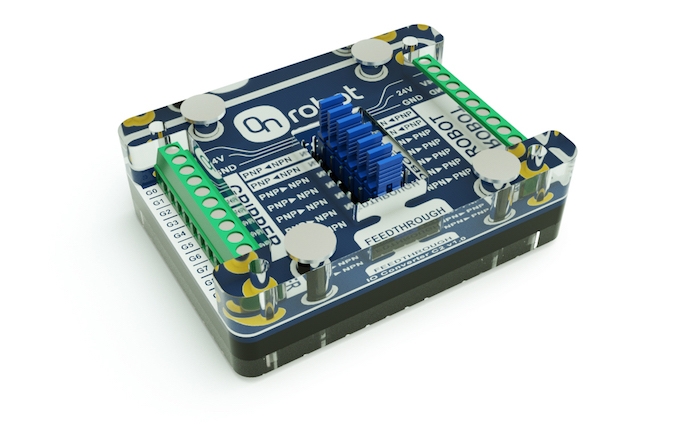 April 12, 2019 – OnRobot has launched the new Digital I/O Converter Kit to support seamless integration of its RG2, RG6, Gecko and VG10 grippers with a wider range of both collaborative robots (cobots) and traditional robotic arms.

As different robot arms understand I/O signals differently, the Digital I/O Converter Kit works by converting NPN to PNP signals, and vice versa, which means programmers don’t have to worry about the robots and grippers not understanding the signals received. The Converter Kit also includes an adapter plate to convert the OnRobot standard mounting flange to match the robot’s flange.

OnRobot first showcased the new kit at Automate 2019 in Chicago.