Features Opinion
Trump, Trudeau and the rest of us 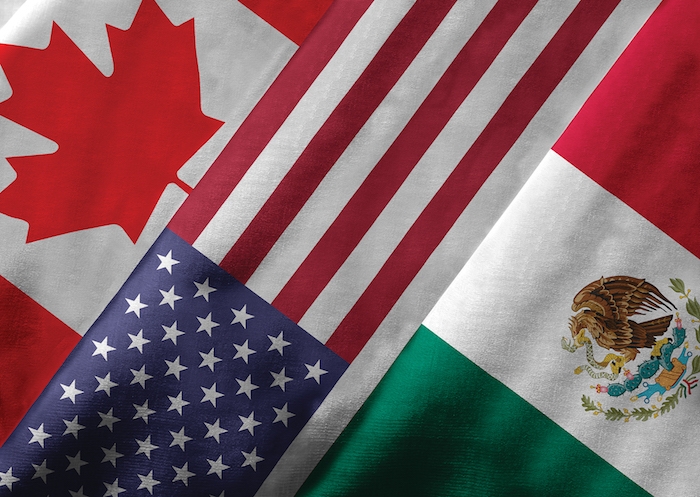 May 6, 2019 – Hardly a day goes by without a political headline, and unfortunately, most of those headlines have little to do with anything that makes a difference to manufacturers, but the significant policies that lawmakers put in place do.

It is worth examining these policies objectively, independent of preconceived political notions about the leaders or the parties they belong to. When you do, you may come to some unexpected conclusions: the perceived right-leaning U.S. government has provided a catalyst for positive social and environmental stewardship, and the perceived socially and environmentally conscious Canadian government’s policies take the country in the opposite direction.

The most significant policy that affects all manufacturers in North America is the new United States-Mexico-Canada Agreement (USMCA), which replaces the North American Free Trade (NAFTA) agreement. The two biggest differences in the new agreement are the country of origin rules and new labour provisions. It was largely the Trump administration’s agenda that caused NAFTA to be renegotiated and replaced by USMCA.

Under the new agreement, cars must have 75 per cent of their components manufactured in Mexico, the U.S., or Canada to qualify for zero tariffs (up from 62.5 per cent under the old NAFTA), and 40 to 45 per cent of the parts have to be made by workers who earn at least $16 an hour by 2023. Mexico has also agreed to pass laws giving workers the right to union representation, extending labour protections to migrant workers, and protecting women from discrimination. These are policies usually more associated with the “left” than the right, but they were initiated by the U.S. The rationale may have been that U.S. factory jobs would be protected by creating a more competitive playing field for U.S. operations, but the net result is also improved working and social conditions for Mexican workers, and their society in general.

The automobile industry has created a healthy middle class in many countries over the last century, but Mexico is not yet one of them. In the U.S. and Canada, the average auto factory worker’s annual income is roughly two times the cost of the product they produce – a 2:1 ratio. In Mexico, the ratio is likely 0.5:1, meaning the average worker is not likely able to afford the cars they help build. In my opinion, this is not the automobile companies’ doing, as most of them recognize their factories do more than just build cars – they help build a consuming market for them, too. (Ford initially created the middle class by literally doubling wages, forcing all manufacturers to do the same to attract workers. Toyota has often stated, and demonstrated, that they “will build their cars where their customers are buying their cars.”) Trump’s policy may have been intended for the U.S. worker, but it will have significant positive impact for the Mexican workforce as well.

Meanwhile, in Canada, the Trudeau government’s carbon tax and energy policies are likely to have a significant negative effect on manufacturing. As Asian and European automakers are scrambling to open assembly or Tier 1 supply plants in North America, the higher costs of manufacturing in Canada due to the new tax and the already-high cost of energy mean very few of those plants are likely to end up north of the border.

Responsible governments attract responsible investments from responsible manufacturers, while irresponsible governments do not. Ontario and Queretaro (in Mexico) provide good examples of that. The province of Ontario has only had one major “greenfield” investment by an automaker since the mid-1980s. Through the McGuinty and Wynne governments, artificial incentives were required just to keep running the large plants that Ontario had, and even that wasn’t enough. Even though Doug Ford’s provincial Conservative government is working hard to demonstrate “Ontario is open for business,” the federal government’s energy policy and carbon tax will likely throw a wet blanket on their efforts.

The Queretaro region in Mexico has been widely recognized as having the most consistently responsible governments in that region for decades, and it has been rewarded with investments from major automobile producers from around the world – and it looks to be attracting far more as a result of USMCA – including from a lot of Canadian-owned companies. (And who can blame them?)

From a global environment and human rights point of view, the USMCA is a net positive. Keeping plants open in the U.S. and Canada is better for the environment globally, as environmental regulations are tougher and more likely to be enforced in those countries. Improving wages and worker’s rights is also net positive globally, but for Canada, it may be simply a matter of holding on to the manufacturing industry we still have.

Beyond the noise of the headlines of the current leaders, the policies and decisions their governments make will have a far longer-lasting impact. For better, or worse.
_____