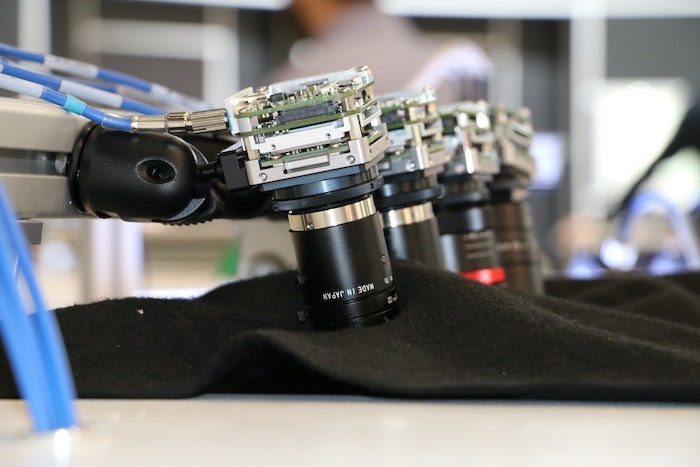 May 21, 2019 – For the past decade, system integrators have been promised that the USB3 and GigE Vision interfaces they relied upon would gracefully evolve, delivering faster and faster throughput speeds to keep up with increasing camera resolution and frame rates.

Ten Gigabit Ethernet via USB3 and GigE Vision would be within reach without added expense, complexity or heat, they said. And this could all be done without a frame grabber. That has not been the case.

Ironically, it was CoaXPress or “CXP” – a serial communication interface standard based on a frame grabber – that answered the machine vision industry’s promises back in 2009. The driving force behind the development of the CoaXPress standard was the need to overcome cable length, speed and ease-of-use limitations of legacy digital video interfaces in order to meet the requirements of high-end and future-generation imaging applications. CoaXPress – a mash-up of “express” and “coaxial” – was developed by a consortium of six industrial companies: Adimec, Eqcologic, Active Silicon, AVAL DATA, NED and Components Express.

CXP supports up to 6.25 Gbps from camera to frame grabber over a single, long-range coaxial cable; this is approximately six times faster than GigE Vision and 40 per cent faster than USB3. For higher CXP bit rates, two or more coaxial cables can be used in parallel, i.e., by scaling to four cables, data rates of 25 Gbps can be reached. In addition, CXP offers the benefits of a low-speed uplink channel used for camera control or triggering, while a 24V power supply can deliver up to 13 watts per channel to a CXP camera.

The CXP 2.0 standard
The newest version of the interface, CXP v2.0, increases data rate speed to 10 Gbps (CXP-10) or 12.5 Gbps (CXP-12) per link, which allows a design of cameras that can run up to five gigapixels per second with four CXP channels, for example. CXP 2.0 is compatible with CXP 1.1 cameras and frame grabbers, plus allows for a higher upstream data rate and supports several GenICam features.

In addition, CXP 2.0 supports a new, more robust micro BNC connector instead of the familiar, larger BNC connectors. The micro BNC is comparable in size to DIN 1.0/2.3 connectors, yet retains the robustness of the standard BNC connector. The micro BNC supports the required high frequency signals for CXP 2.0 and can achieve a smaller pitch if needed when placed next to each other.

The challengers
Going head-to-head with CXP 2.0 is the new 10 Gigabit Ethernet (10 GigE Vision) interface. Introduced in 2016, 10 GigE provides a tenfold increase in data transmission speeds over its predecessor, GigE, and was specifically targeted for high-speed testing environments.

The 10 GigE requires up to seven watts, in addition to the camera’s power requirement, which is roughly twice that of other interfaces. It leans on the PC’s CPU and internal memory bus for operation because processing and buffering cannot be offloaded to a frame grabber FPGA or to memory. PnP discovery and operation is also required under all circumstances, making for a complex system subject to bottlenecks. High-data applications using 10 GigE actually need a frame grabber to offload CPU and memory.

Similarly, USB 3.1 Vision (SuperSpeed+) is limited to one to three metres with a passive cable, versus 40 metres for CXP, USB 3.1 Vision requires expensive active cables for each camera on a typical system.

A new era: single-link CXP
The original version of CXP (v1.1) and its follow-up (v1.1.1) were designed primarily for larger and quicker sensors, but now that this product category is maturing, a new avenue has emerged: small, single-link CXP solutions. It is here that CXP truly shines and holds the greatest potential to disrupt the status quo.

First-generation CXP cameras were bulky, energy inefficient and cost considerably more than similarly featured GigE or USB3 cameras. That has changed with the latest incarnation of single-link CXP cameras that combine ultra-compact dimensions with lower costs, reduced power requirements and all the speed of a full-sized CXP camera. CoaXPress 2.0 will push single lane speeds to 12.5 Gbps, qualifying the single-link CXP camera/frame grabber solution not only for high-speed machine vision but also for airborne and naval optronics, homeland security and other industrial applications.

A single-link CXP system is easy to set up. It features a CXP camera with a single link connector, usually BNC or DIN, along with a single-link frame grabber with a DIN connector. Street price for a 4MP CXP camera, a single link frame grabber, and a cable of two to five metres is about 15-25 per cent higher than a similar USB3 offering, but offers 40 per cent higher bandwidth. As the cable length increases, the price gap between CXP and USB3 narrows.

Some manufacturers may opt for higher bandwidth quad-link CXP cameras but at single-link speeds. This versatility enables the system designer to achieve greater distances, yet still maintain all the capabilities and advantages of a frame grabber system. The advantages here of a CXP single-link system are uses where a small camera will fit (29 x 29 mm) but USB3 isn’t quick enough any longer.

Another advantage of the single-link CXP solution is cable length. In the real world of industrial imaging, cable routes are rarely straight lines. This is especially true in the packaging industry where an entire machine can be as long as 10 metres. Cabling in these systems can be as much as twice that. A 20-metre coaxial cable is a more cost-effective solution.

Since its first demonstration in 2008, the CoaXPress standard has established a history of over 10 years, with an increase in the number of its end users and manufacturers that produce CXP products.

USB3 and 10 GigE seem to solve many limitations, but when power consumption and cost increases are introduced, CoaXPress rises as the winner, especially in light of its newest version, CXP 2.0, that doubles its speeds to 12.5 Gbps.
_____

Donal Waide is director of sales for BitFlow, Inc.