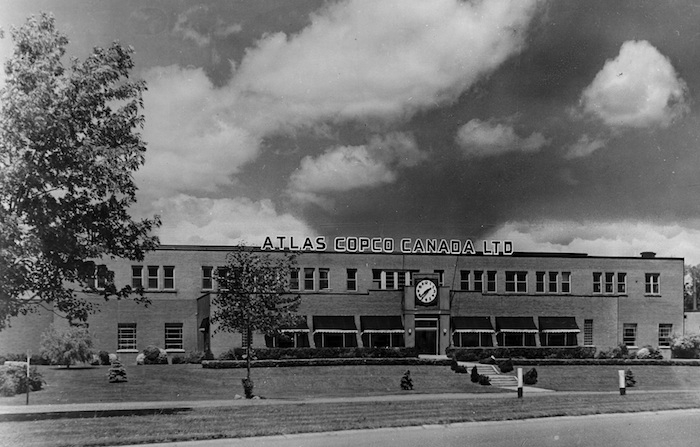 May 31, 2019 – Industrial tool manufacturer Atlas Copco is celebrating its 70th anniversary in Canada throughout the current year.

In 1949, George Blomdal, a Norwegian engineer, was dispatched to Canada to test the mining market’s reaction to a new type of Swedish designed rock drill and a new drilling method. This drill could be operated by one man instead of two.

Blomdal targeted Northern Ontario to sell this machine due to the vast gold mining industry. He received a call from a prospect wanting to meet while he was in Kirkland Lake and due to his excitement (and not realizing it was -34 degrees Celsius), left without his hat and coat.

Blomdal reached his final destination and had one of his ears frozen. He continued on with his sales pitch while one of the prospect’s men massaged the ear. Following this, the first sale was made and the “Swedish Method” made its way to Canada. The method revolutionized Canadian mining and quickly spread.

Throughout the year, Atlas Copco Canada is commemorating this milestone with employees, customers, distributors and other stakeholders, hosting several activities and events.