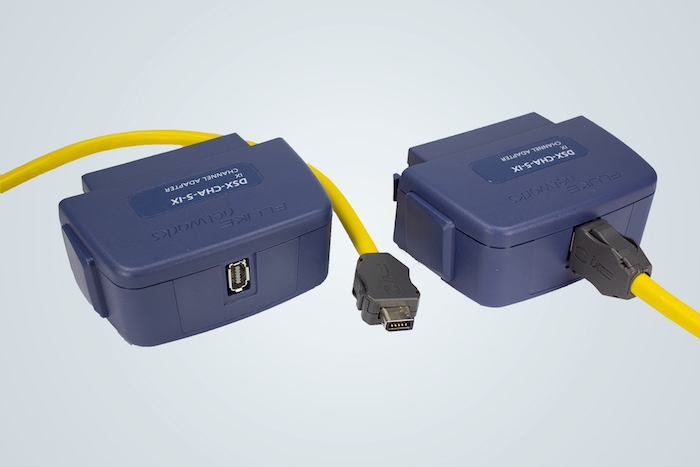 The ix Industrial is a rugged Ethernet connector for harsh environments, based on IEC 61076-3-124 standard with a 70 per cent smaller size than the traditional eight-pin modular (RJ-45) connector. This new Ethernet interface is a joint development of HIROSE and HARTING. The new adapter allows the DSX Series to connect to cabling systems employing the ix Industrial connector for the purposes of pre-startup verification and troubleshooting.

The ix Industrial connector was developed in cooperation between the technology partners HIROSE and HARTING and was introduced to the market in 2016.

The miniaturized ix Industrial connector supports communications rates to 10 Gbps when used with Category 6A or Class EA cabling. Its rugged design features an enhanced PCB retention force, durability up to 5,000 cycles, and a high level of resistance to electromagnetic interference (EMI). Several major companies have endorsed the connector already for use as an Ethernet interface. With the market trend for smaller devices, such as vision sensors and small controllers, the need for miniaturized connections is growing and the ix Industrial connector is a suitable solution for this market requirement.

The ix adapter for the DSX CableAnalyzer Series is manufactured by Fluke Networks and is exclusively available through HIROSE and HARTING resellers.