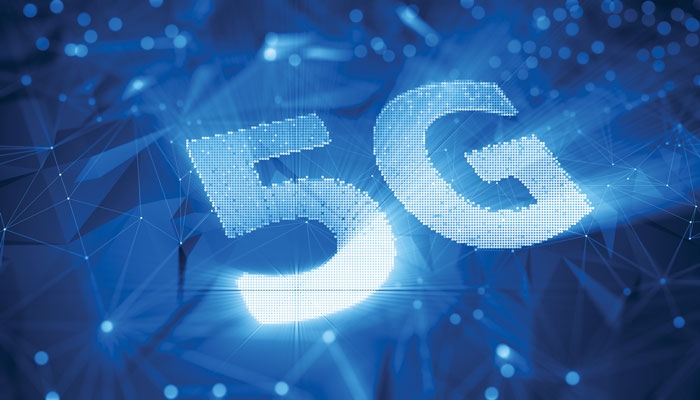 What is Wi-Fi 6?
Wi-Fi 6 is a new wireless standard, formally known as 802.11ax. Like any new technology, as you’d expect, Wi-Fi 6 improves on the previous standard (Wi-Fi 5). Notably, Wi-Fi 6 allows for faster connectivity and more concurrent users over wireless networks. But while that alone is interesting, there’s something far more significant about Wi-Fi 6 you should know.

Simply put, Wi-Fi 6 is a complete re-imagining of wireless networks. And I don’t say that lightly.

Rob Barton, a distinguished engineer for Cisco Canada, explains it this way: “[The] goal [for Wi-Fi 6] wasn’t to necessarily increase the speed of existing Wi-Fi networks, but rather to improve the overall efficiency of Wi-Fi so it could meet the demands of modern networks.”

What this means is that Wi-Fi 6 has been built to allow companies, for the first time, to “break” the wireless channel up into smaller segments so that traffic can be prioritized by need. This allows more devices to send traffic at the same time, assuming the overall channel has capacity. Prior to this, traffic was essentially in a queue – when one client (a.k.a. a device) connected and transmitted data, other devices needed to wait to transmit theirs. This proved problematic as more devices became connected and needed to transmit small amounts of data (think IoT sensors) alongside traditional devices.

Wi-Fi 6 enables maximum efficiency of the wireless channel, which is what makes it possible to vastly increase the number of potential concurrent connected devices and speeds.

What is 5G?
5G is the name of the next-generation cellular data networks that will replace 4G LTE. Canadian wireless operators recently spent $3.5B for 5G spectrum licenses and are heavily invested in bringing this technology to Canadians. Which means it’s coming. And for Canadians that’s a good thing, because – much like Wi-Fi 6 – 5G cellular networks will be faster than 4G LTE. Also just like Wi-Fi 6, 5G networks will bring greater bandwidth and capacity, meaning future cellular networks will be able to handle more users (and traffic).

In short, Wi-Fi 6 and 5G will have a similar impact and provide similar improvements over current wireless and cellular networks. They are distinct, but complementary, technologies that will usher in a new era of device connectivity and network capacity.

What do Wi-Fi 6 and 5G mean for manufacturers?
The answer to that question depends on your readiness to adopt Industrial Internet of Things (IIoT) solutions. If you are among one of the Canadian manufacturers still hesitant to purchase, implement and adopt IIoT solutions…then the introduction of Wi-Fi 6 and 5G networks will likely have little impact on your operations.

But if you are currently deploying IIoT solutions or piloting these solutions at any scale, or are looking to provide a network that can support both current and future needs, then Wi-Fi 6 and 5G could be significant. And that’s because Wi-Fi 6 and 5G will transform how we use IoT devices.

Here’s why. In addition to their faster speeds, both technologies allow manufacturers to connect more devices reliably over wireless networks. To get technical (and to quote Rob again), “[T]hey share scheduling technology that makes wireless more deterministic, which is important for mission-critical IoT assets being used in manufacturing automation.”

This is a callback to the channel segmentation I mentioned above, allowing for more concurrent devices and traffic. When your factory has hundreds, if not thousands, of IoT sensors sending small packets of data at the same time, being able to use all of your wireless channel to move and action on this data in real time is vital. As a bonus, this segmentation also provides a significant improvement in battery life for any IoT sensors that require them as a power source.

On top of this, both standards support software-defined network segmentation. This is a complicated way of saying that they ensure traffic from a particular device can only go where it is supposed to. That keeps IoT networks safer and more secure, a distinct advantage for any business.

In summary, Wi-Fi 6 and 5G networks are coming this year. Both technologies will vastly improve the wireless experiences for users, but also hold the key to unlocking the power of the Industrial IoT for manufacturers. If you’ve been hesitant to adopt IIoT solutions in the past, the introduction of Wi-Fi 6 and 5G may be the opportunity you’ve been waiting for.
_____

Jennifer Rideout is the manufacturing marketing manager for Cisco Canada. She is responsible for developing go-to-market strategies for the manufacturing sector in Canada, including channel alignment and content development.

Related
How the connected factory delivers real business benefits
SD-WAN and manufacturing: a match made in heaven?
The manufacturing CIO: a bridge from IT to OT
Private wireless networks, now
Tags