Features Opinion
Why innovation in manufacturing is lagging in Canada 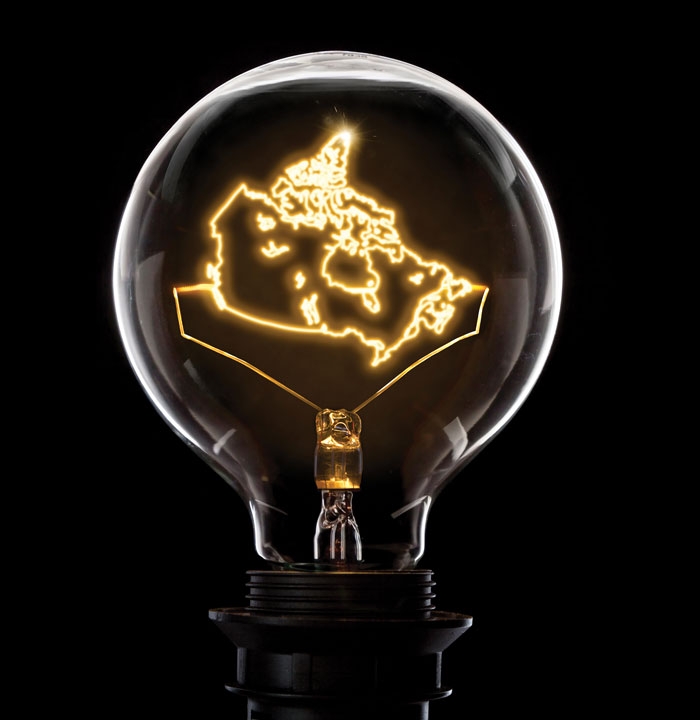 June 25, 2019 – There’s been much written over the years about how the Canadian manufacturing industry lags other countries as far as investment in innovation is concerned, and there’ve been many attempts and well-intended initiatives launched over the years to try to change that.

But despite those attempts – and sometimes as an unexpected consequence of those attempts – Canadian companies, by and large, in my opinion, lag their American and international counterparts.

There are some that may take offense to this position, and there are certainly exceptions, but based on my experience visiting and promoting innovation in hundreds of plants throughout North America over the last few decades, Canada is a slow adopter of innovation and innovative ideas, whether evolutionary (incremental) or revolutionary (fundamental). This isn’t a surprise to many, but the reasons may certainly be a surprise to some. Here are my top three reasons why our companies lag.

1. Management.
For the last five years, I have been demonstrating an out-of-the-box solution that delivers empirical, real-time data, which answers what many manufacturers have said are their two biggest data questions: “What is my true actual machine utilization?” and “What are the reasons my machines are not running as they should be?”

To mitigate risk (by reducing the initial investment to a very digestible price), I follow up with a “getting started proposal” for six to 10 machines, targeting a productivity improvement of eight to 15 per cent with 90 days. The response from American prospects is usually either a yes or a no. The response from Canadian companies is something like, “Well, this is interesting. Can you give us a quote for three?” Which, a month later, becomes “Can we try one, and, can we have it for free for 90 days?”

This typically results in a failure to even get started, but even if a project is started this way, the lack of commitment trickles down to the plant floor and the inertia needed for innovation is not achieved.

2. Government programs.
In recent decades, the Canadian federal and provincial governments have recognized the trend of the Canadian manufacturing industry falling behind as far as investing in technology and innovation is concerned. To encourage more investment by manufacturers, they have come up with numerous new funding programs (loans, grants, matching contributions, etc.). Although this does often result in a manufacturer making an investment they otherwise may not have made, it is not necessarily the investment in the technology or solution they needed to make, or at the time they really needed to make it.

The stimulus programs that are created are often specific to machine types or software solutions that have been identified as areas where our companies are behind, meaning companies in competing countries are already there. Those competing companies are now investing in the next technology or innovation, not the last one. With decades of “success” waiting on the next investment stimulation program, Canadian manufacturers often end up just trying to get on the innovation train that already left the station.

3. Empire building.
This is prevalent to a degree in most companies, and it can take several forms. Sometimes, it’s because people in the organizational chart are glass ceilinged, and best they can hope for is to hold on to the position they currently have. When this happens, they are less likely to take risks on new ideas because there is nothing for them to gain, but plenty to lose. They may stymie others that have more new ideas because they do not want to be surpassed.

Sometimes, it’s a department or group that has spent so much time and money developing or deploying a system that they become (as the poker expression goes), “pot committed.” They have too much invested to consider alternatives that are easier to deploy, less expensive and more effective. When new ideas are brought forward, they are shot down or dismissed by the people with the most to lose.

And sometimes, it’s a plant in a large corporation that competes for top billing (or future work, or managerial bonuses, or even promotions) with other plants. Their innovative ideas do not make it into other company plants, at least not quickly.

There are other reasons that make innovation challenging, of course. Lack of funds, lack of time and lack of available talent, for instance. But these are simply an indication of a company’s lack of will. The drive to innovate constantly can’t be artificially stimulated – it needs to be part of the company’s basic culture, starting at the top, and encouraged through all the managerial layers, right to the plant floor.

Canadian companies have to have more willingness to make quick “yes” or “no” decisions on ideas and small projects that have potential, not just projects that fit a government funding program. To me, the measurement of true innovation is how fast a successful innovation spreads to other parts of the plant or other plants in the company.

Innovation needs to be relentless, and in Canada, it is not. When it comes to innovation, what’s holding your company up?
_____