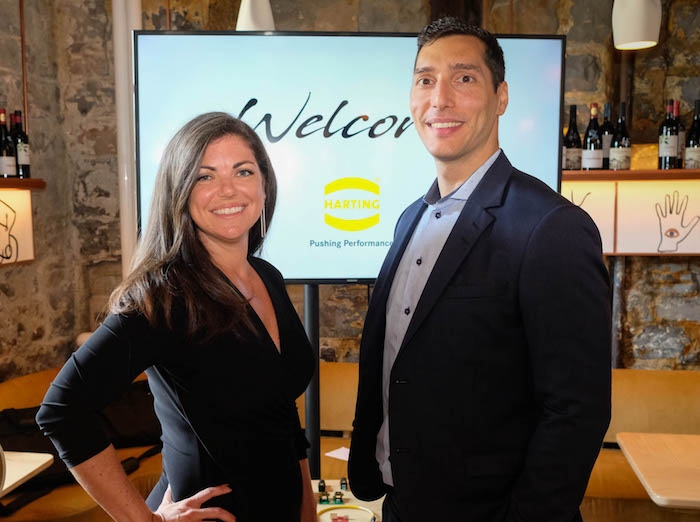 The continuous production methods core to Industry 4.0 practices rely on modularity more than traditional batch processing, because manufacturers now require the ability to switch between products on the same line. Using smaller, more modular components that can be changed out should technology or production needs change can help to “future-proof” continuous production operations so that investments last longer.

HARTING Canada, a subsidiary of the German-based, family-owned HARTING Technology Group, is one of the companies spearheading this shift to modular components. At the company’s annual media trade luncheon in Toronto on Jul. 23, Ashley Smith-Heine, vice-president of sales for HARTING Americas, declared the acceleration of IIoT adoption, automation and digitalization so strong in Canada that the company is hiring two extra sales staff over the next year, boosting the Canadian team up to four people total.

Smith-Heine also cited a double-digit increase in revenue growth for HARTING Canada over the past year, with Western Canada experiencing the biggest uptick in sales.

New automation solutions
In 2018, HARTING Canada focused on bringing its IIoT solutions to the Canadian market with the MICA mini computer and ix Industrial connector for IP20 Ethernet applications. The MICA computing system is a modular, open platform that can be customized with hardware and software to allow for real-time sharing of data. For example, in an injection moulding machine application, the continuous access to data via the MICA computer resulted in an uptick in scheduled preventative maintenance and, therefore, an increase in operational efficiency.

In 2020, HARTING will prioritize the automation market in Canada, where it has identified the biggest potential for growth. Smith-Heine stated that by 2023, the global smart manufacturing market is expected to hit $299 billion with a CAGR of 11 per cent.

Two automation products featured at the Hannover Messe trade fair in April 2019 are set to make their debut in Canada. The compact Han 1A connectors – used for transmission of data, power and signal in controllers, small drives and control cabinets – take up 30 per cent less space than their Han 3A counterparts, making them ideal for small-scale applications in machine design and robotics.

They’re part of HARTING’s emphasis on miniaturization, which the company says is a key pillar of automation as robotic and machine applications become more efficient and continue to scale down in size.

The Han product line is popular with Canadian manufacturers for its customization and modularity options, says Peter Hanna, territory sales manager for HARTING Canada. “”We’re seeing a lot of customers ready for custom solutions,” he says. “They’re switching to modular components as they are able to future-proof their designs.” HARTING offers an online connector configurator for field application engineers to preview what their final solution will look like.

Another Hannover debut, the T1 Industrial single-pair Ethernet solution for digitalization and automation applications, is expected to drop in 2020. T1 will allow for transmission of data from office to shop floor over a pair of twisted Ethernet wires housed in a single cable.

Opportunities for growth
While the transportation and machinery sector is the company’s largest in Canada, Smith-Heine says HARTING has identified new opportunities for market diversification in the power generation, transmission and distribution (PGTD) and data centre sectors.

Carl Maalouf, director of sales for HARTING Canada, says that logistics automation is another potential area of growth. HARTING’s radio frequency identification (RFID) line and its connectors can be used in warehouse applications for autonomous mobile robots.

Maalouf attributes the forthcoming new additions to the Canadian sales team as essential to forging trust with clients to build innovative, custom solutions. “There is no substitute for booths on the ground; our customers have always appreciated that of HARTING,” he says. “We’re not just there to sell products, but to help them select the most appropriate ones from both a technical and business standpoint.”