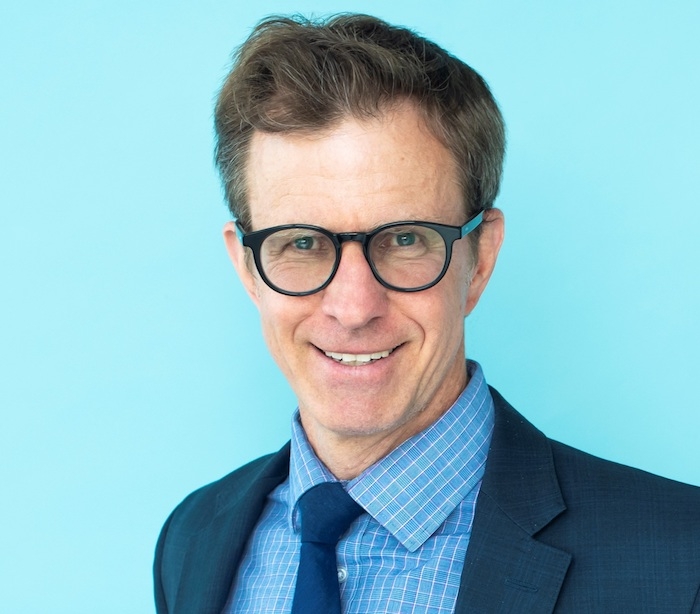 Manufacturing AUTOMATION: How do you help manufacturers in your role at the City of Mississauga?

Walter Garrison: I’m working out of the economic development office, specifically with companies in the Mississauga area in sectors including aerospace, automotive, food and beverage, and clean technologies. If I was to say something overarching about what we’re doing, it’s connecting the ecosystem.

We also go out to meet with companies about opportunities and challenges that they have, and where we can help them in the city. Most of my work is with companies that are already here, but foreign direct investment is very important too so we have a global business consultant in our office that I work with when we are trying to attract manufacturers to Mississauga.

As part of the role, I created the City of Mississauga Advanced Manufacturing Sector Council, which I also chair. It’s made up of only industry – CEOs and plant managers and HR directors. We meet two to three times a year to discuss initiatives that we’re going to undertake to support manufacturers. Essentially, we’re trying to create a network of very strong manufacturing champions, so we can look at issues and try and address them.

MA: What makes this role unique?

WG: The fact that we’ve got someone working actively with our manufacturers is really important. I went to Hamburg [Germany] recently as part of a trade mission to see how they’ve organized their aerospace cluster. We need to take a more cluster-based approach on how we support manufacturing. We have to get the relevant stakeholders together and we have to have policies that support our relevant stakeholders to ensure a healthy industry, because we are competing for manufacturing programs in a global marketplace.

The quality of work that’s done here is extremely high. Some aerospace manufacturing programs are going out to so-called low-cost jurisdictions and then they’re coming back to Canada, just because of the quality of the work. When you’re talking about mission-critical flight parts, that’s very important. We’ve got a high level of expertise and quality here that is second to none in many industries. We’re supporting that because we can’t take it for granted.

MA: What are some of the ways you attract new manufacturers, and support those already in the city?

WG: We are aligned with educational partners that are feeding employees directly into our companies as part of a talent pipeline. For example, I sit on a program advisory committee for the Centennial College aerospace manufacturing engineering technology program.

We hold events focused on the talent ecosystem for our manufacturers in all the sectors, specifically people involved in hiring. HR directors, plant managers and CEOs come in and meet with our education providers, and with our federal and provincial funding agencies, to look at specific skills gaps and occupational gaps and the initiatives that we can create to try and address them.

We work to create awareness of companies’ capabilities, both locally and on a global stage. We want companies to try to localize their supply chain as much as possible. It just helps the entire ecosystem here. We work with organizations like Export & Development Canada and the Mississauga Board of Trade to assist our companies in developing in global markets, especially beyond the United States.

MA: What is the mix of conditions that make Mississauga the right investment for manufacturers?

WG: Location is very critical. We have the airport and the 400 series highways. We have infrastructure challenges with regard to mass transit into the city, but we certainly are working to address them. It’s a long-term goal.

I went to a robotics event a few years ago, and one of the chairs of an engineering program at Waterloo said, 30 per cent of my students come from Mississauga. We have a lot of skilled people that are here living in the city. We also have a net migration into the city now as far as employment goes. So more people come into the city than leave the city for work.

We have a lineage of manufacturing here, too. The other thing that’s really critical is the diversification in our supply chain. When the initial announcement came out about GM in Oshawa [closing], people were wondering how it was going to affect the City of Mississauga, but Mississauga is very diversified in manufacturing. It affects some of our tier-one and tier-two suppliers – but not as extensively as some people may think because they have so many different industries and clients that they serve.

MA: What do you see as one of the biggest challenges when it comes to technology adoption and innovation for manufacturers?

WG: The challenge is for the companies that don’t have the bandwidth to adopt new technology or processes in a way that’s going to be a long-term solution for them. And when I say bandwidth, it’s resources, either from a human perspective or money. In a lot of cases, what we see with regard to tech adoption nationally is that much of it doesn’t get implemented successfully because there isn’t the support system for it. There may not be enough buy-in from management. And there may not be enough support in the form of an onboarding program to allow that technology to be adopted successfully.

One of the things that I do see in Mississauga is we’ve got a number of robotics companies here actively trying to engage companies to try before they buy, or at least dip their toe in the water and take a look at some of these technologies.

MA: Would you say that the advanced manufacturing sector in Southern Ontario is on the road to Industry 4.0?

I think companies would like to see a greater support system, something that’s integrated, to help them as a go-to resource. That’s what we need to look at in future, even for our more established companies that have been around for decades. They may need that assistance as well. Often what we see is the implementation of technology does not get rid of jobs – it actually creates more jobs, because you need to manage that increase in volume of production.

Tech adoption can be useful in improving the quality of the product, and in reducing the number of mistakes and the number of scrapped materials, but at the same time, you have to have the capability to onboard that technology successfully – and be able to integrate it into your production paradigm. That’s not always easy for companies, especially when you’re trying to get an order out by Friday.

MA: If technology creates jobs, how does that relate to the skills gap that manufacturers are seeing? What’s their main challenge?

WG: We have a number of companies that are well known globally. They can take on more work packages, but the challenge is finding the number of employees to allow them to take on those work packages. I’ve heard this on more than one occasion from our companies: They’ve stopped taking on more work because of capacity issues. They don’t have the personnel to take on more.

I still go into some production operations and see inefficiencies. The way they deal with inventory, just as an example, may not allow them to take on more work. That leads to challenges in even just retaining employees.

The challenge is not only in hiring, it’s onboarding the people in the production process and that whole mentoring phase. That’s really critical. I think we’re doing better, and I’ve certainly seen that sitting on this aerospace manufacturing program advisory committee. We’ve got a lot of companies that participate on the committee, and the industry involvement in curriculum development, internships and co-op placement opportunities has really helped the program.

We’ve got to do more of that, where we get companies that are willing to put even more time and effort in recruiting and training. I’m a real fan of what University of Toronto does with professional engineering deployment positions, where a student spends 16 months at a company. If you have a much longer time to be onboarded in a company as part of a professional experience program, then that enables that company to hire you and be able to have you at full productivity a lot faster, because you already know the culture.

We’ve got the educational infrastructure [in Ontario]. We have to take a look at having something more coordinated because these companies are continually having to look outside the country to find the type of employees they need for certain skilled positions.