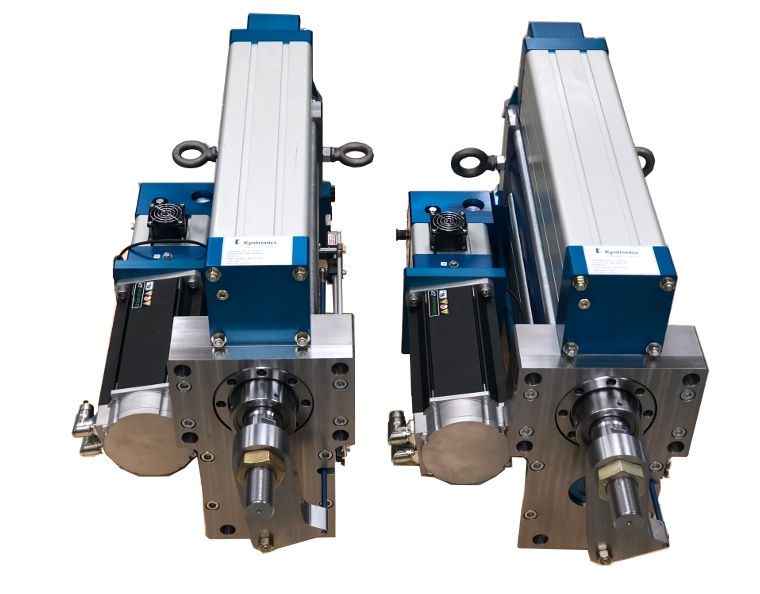 Combining key technologies from their servo-based SMART Hydraulic Actuator (SHA), coupled with a high-speed actuator and a high-force pair of actuators, the HSHF Single Cylinder Actuator delivers a scaleable, modular, “power-on-demand” machine platform. The design is self-contained with no hoses.

The actuator employs a high-speed (HS) cylinder that can vary depending on desired speeds and tool weights. The new single high-force (HF) cylinder simplifies the design.

The system leverages valves to control the pump flow to either the HS or HF cylinder. The motion program is capable of accurately controlling position, force and speed in all four quadrants throughout any position in the HF cylinder, giving a significant amount of flexibility to the user.

The key to the system is the fusion of four-quadrant motion control to accurately control position or force, providing a whole system approach in melding the HSHF together. Furthermore, by leveraging a standard piston vs. a dual piston, it can do force control anywhere in the HF cylinder.

Notably, the previous dual cylinder design is more complicated, as a seal must engage in the HF cylinder. The single cylinder design doesn’t have this requirement, therefore eliminating a step. This means less slow down, as the system simply engages into the high-force mode with continuous motion. This provides a solution for a wider range of applications.