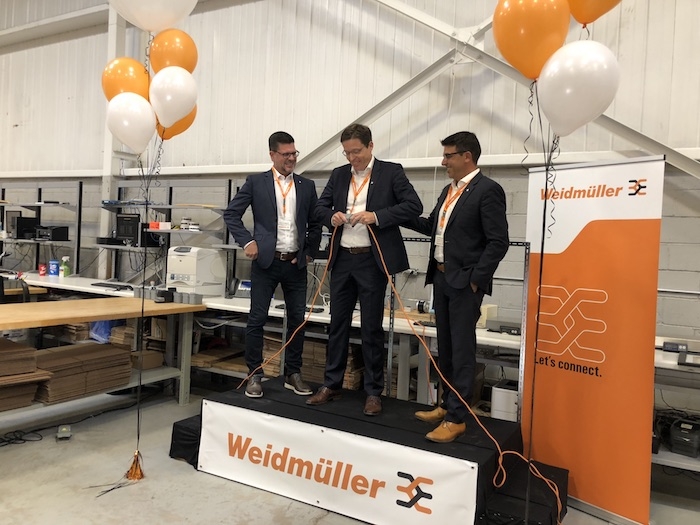 September 20, 2019 – Weidmuller Canada hosted a grand re-opening of its headquarters this week after completing two years of renovations that increased warehouse efficiencies and updated the office space.

On September 17, the company hosted a tour, lunch and “cord-connecting” ceremony at its 30,000-square-foot facility near the intersection of highways 7 and 404, north of Toronto.

Hodgson indicated the company is not only working on strategies that are tailored to the North American market, but will begin to manufacture products specific to the market as well. “Traditionally it’s been something where we make the best of what we had,” he said. “And now our job is to create solutions that our customers are looking for.”

A growing portfolio
An outpost of industrial connectivity manufacturer Weidmüller Group, Weidmuller Canada was founded in 1975 close to its current building, which it has owned since 1986. The space went through two major expansions before this most recent renovation, which began in 2017. In 1994, the company added more warehouse space, a boardroom, and a larger kitchen. Additional renovations took place in 1997.

In the 12,000-square-foot warehouse, additional LEDs and skylights make for a brighter environment. With over 13,000 SKUs available to ship to distribution partners across Canada, optimizing the central warehouse flow was a key driver of this most recent renovation. Fast-moving inventory was moved closer to the packing area, and Weidmuller Canada is considering adding a third warehouse shift overnight as inventory continues to increase. 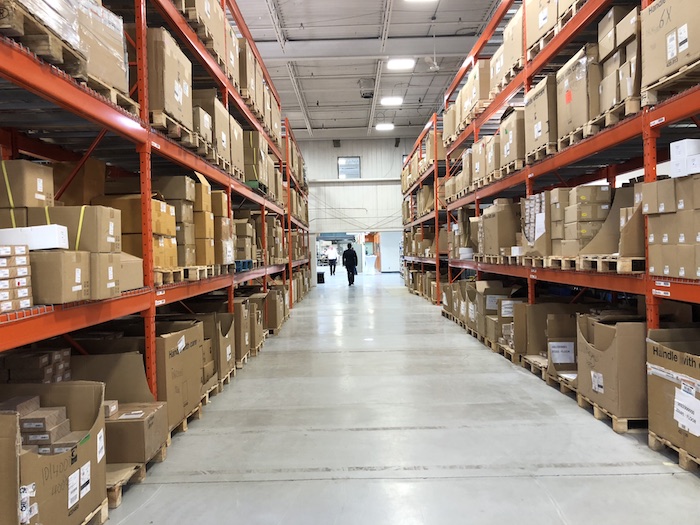 The company has also expanded its value-added services division, which emphasizes its ability to deliver complete rail assemblies. Engineering software and tools are free for customers to use so that they can plan their application.

Steve Graham, production manager, says Weidmuller Canada’s services extend beyond selling connectivity components. “We can look at a drawing and see where you may have missed items. And we can complete it,” he says. “When you’re doing any kind of value add, you want to make sure you have the right tool for the right job.”

The company will pre-wire rail assemblies and can produce custom component kits, so that a box containing everything needed for an application arrives ready to go for the customer, with only one part number.

Graham says that by spending $20,000 to add customization to components and ship them out as kits, one customer that works on pipelines was able to save $1 million per year in labour and transportation.

As an automation specialist, the company also offers design, wiring and commissioning of customer setups. 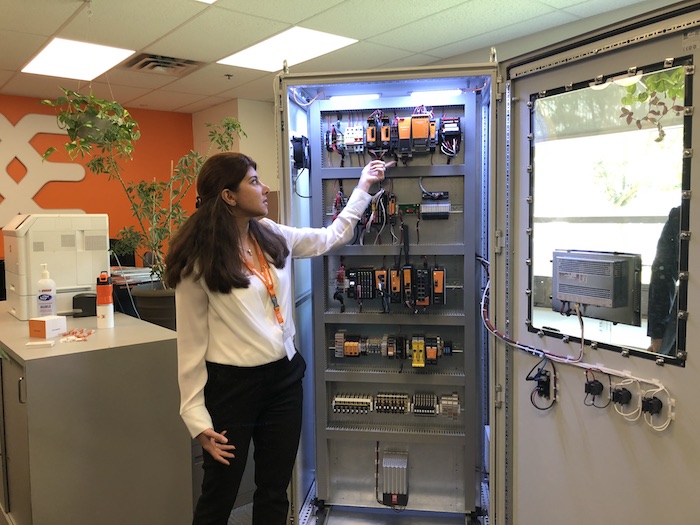 Focusing on the future
During the ceremony, Berger noted that Weidmüller Group’s foray into IoT and digitalization are areas of focus for the company. “We are really heavily investing in these things without forgetting about our core competencies,” he said. “We are very famous for terminals and connectors, but we have so much more to offer.”

At Hannover Messe 2019, Weidmüller Group introduced the smart connector, which has a sensor embedded inside for measurement so that clients don’t need an external sensor device.

“This is what we would like to introduce to the [North American] market from our portfolio, starting with the smart connector, […] so everything that is necessary to connect devices in the field to a server or to the cloud, up to software, is able to do industrial analytics and give value out of the data,” Berger said.

“This year is just the start for a better future for us and our customers.”