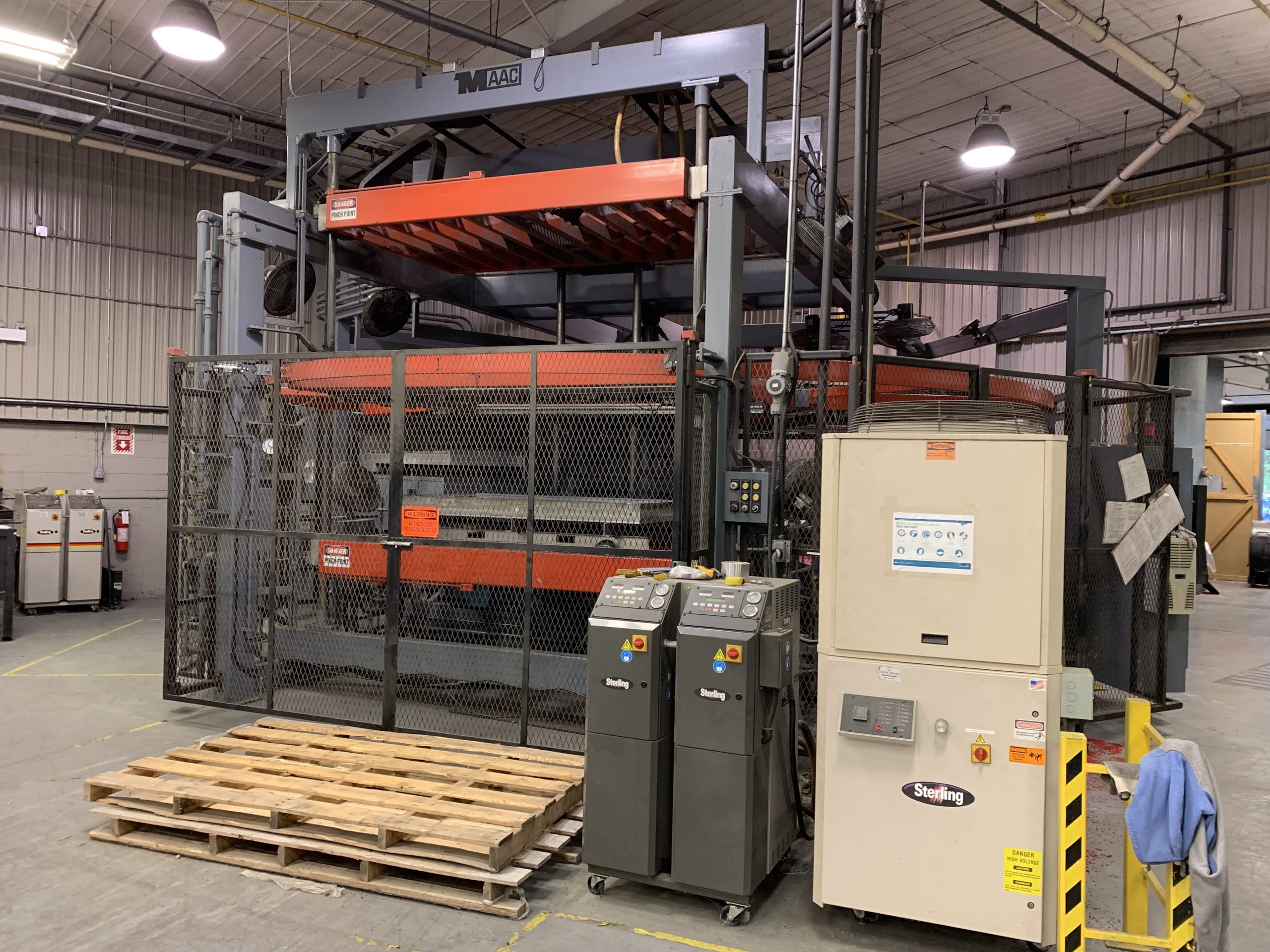 When PolyJohn, an Orillia, Ontario fabricator of portable sanitation products shut down their thermoforming station for a control system rebuild, the clock started ticking.

“When we pulled the plug on the old system in mid-November, there was no turning back,” says Jon Ferrier, lead designer with Barrie, Ontario-based Black Controls Company Inc., which was contracted for the project. “We had to have the new system running by the first week in January.”

To get back to production, the old system had to be dismantled and then re-wired in its entirety – a task that included the installation and re-wiring of  396 new ceramic heating elements, all according to current safety regulations. The project also called for the programming and installation of a new Siemens SIMATIC S7-1500F Safety PLC to replace the existing Allen-Bradley PLC-5.

Black Controls was founded in 2019 by electrical engineering technologist Rick Black. During his twelve years working for a large automation solutions provider, Black noticed that when companies face critical projects, implementation skills – system design, wiring, programming, project management – are often hard to come by. Black created the company to fill this gap as an independent contractor.

Black’s vision has proven correct. The company has grown from four employees in 2019 to eighteen in 2022. To meet growing demand, Black has tapped the apprenticeship program at his alma mater, Georgian College. Today, the company has a busy schedule of projects and continues to grow.

When the Orillia plant first contacted Black Controls, the thrermoforming station was operating below full capacity due to intermittent heating controller failures. This made it difficult to create enough stock for an extended shutdown.

To meet an aggressive timeline, the strategy was to complete as much work as possible before shutting down the existing system. This meant that all the wiring diagrams were created and approved in advance, materials were ordered, and preliminary work on the panel began.

The project was executed by two teams – two electricians building and wiring the new control panel in the Black Controls shop, and the other team working in the customer’s plant to install and re-wire all the motors and heating elements.

Ferrier worked with both teams to ensure that there were no gaps. “The critical point was coordinating with the customer so they knew how we were progressing, when materials were being delivered, and when we’d be ready to bring the panel in and start testing,” he says.

Ongoing supply chain issues were also a concern, and Ferrier turned to multiple suppliers to ensure delivery of all parts, notably the 396 heating elements. 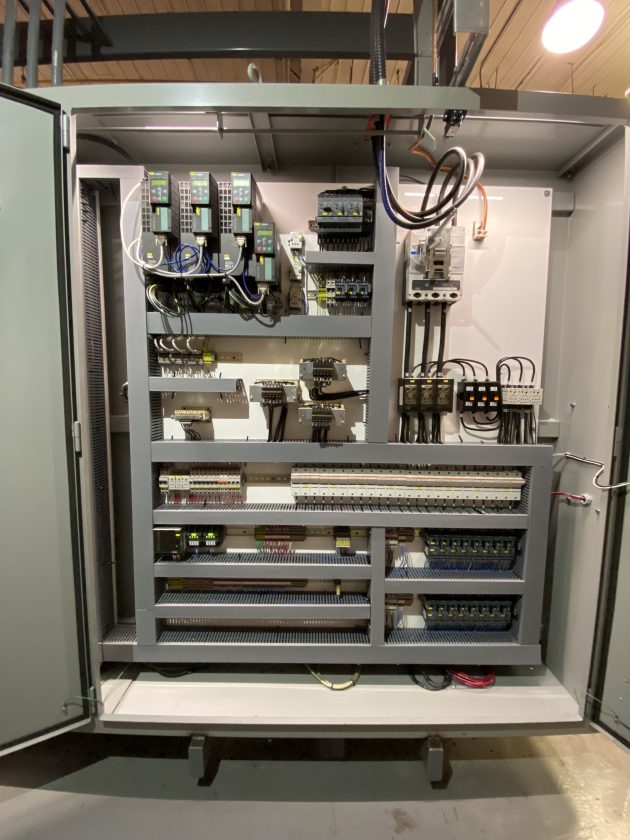 In early discussions, it was revealed that there was no code available for the existing Allen-Bradley PLC-5. This meant that programming for the new system had to be created from scratch with no knowledge of how the previous system had been programmed. Furthermore, there were no diagnostics on the old controller, so the cause of the heating element failures couldn’t be verified.

“We had to create the programming for the machine based on our understanding of the process and the customer’s explanations of how the machine worked and what functions it had,” says Matthew Heisz, programming lead for Black Controls.

To start the forming process, the operator loads a sheet of plastic onto a lift table, which progresses through three sections – a loading section, a heating section, and a forming section consisting of an upper and lower forming die and vacuum machinery.

There were, however, some subtleties. Some of the control routines are only used occasionally, such as for shut-down or re-starting. Special allowance had to be made for products that require two rather than one sheet. “When running twin sheet product,” says Heisz, “we had to get the drives to travel past their actual positions to tension the drive chains and exert enough pressure to make the two sheets join together.”

Establishing the control routines for the heating elements, which are controlled in zones by the duration of on-off cycles, was also critical.

The team also had to make sure that performance statistics were accurate. With the variation in products being run and the need to account for defects, getting an accurate read on Operational Equipment Efficiency (OEE) required some creativity on the part of the Black Controls programmers.

Getting back to production

In spite of the complexities of getting the programming right, the project was completed ahead of the January deadline. “We had the system running by Christmas, and we were doing the official user training in the first week of January,” says Ferrier.

Ferrier credits teamwork with PolyJohn as a key factor in the project’s success. “The excellent cooperation and equipment knowledge of plant manager Shane Sears and general manager Jake Groen were instrumental in getting the project completed,” says Ferrier. “They were easy to work with and supportive throughout the project.”

The successful recommissioning of the system proved that all the planning and coordination work had paid off. “After we re-connected and tested everything, seeing the process working as it should was very rewarding for the team,” says Ferrier.