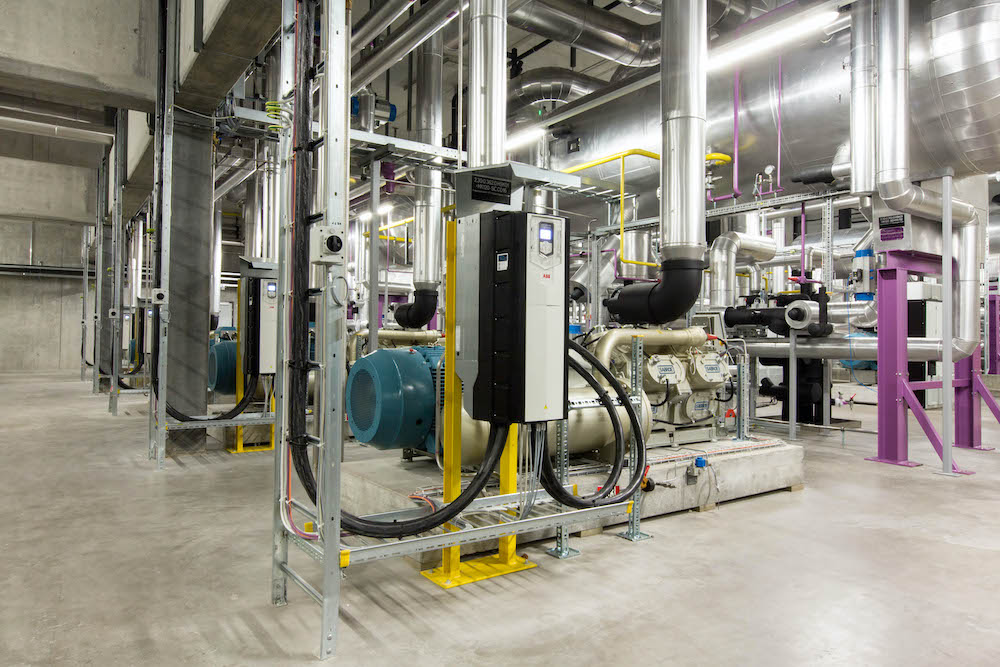 ABB is calling on governments and industry to accelerate adoption of technology that reduces industrial energy use to help combat climate change.

In a recent white paper, ABB identifies the potential for significant energy efficiency improvements in industry and infrastructure that use high-efficiency motors and variable speed drives.

While mostly hidden from public view, electric motors – and the variable speed drives that optimize their operation – are embedded in almost every built environment. They power applications fundamental to manufacturing, including for industrial pumps, fans and conveyors, as well as heating, ventilation and air conditioning systems in buildings.

The company says that many industrial electric motor-driven systems in operation today – in the region of 300 million globally – are inefficient or consume much more power than required, resulting in energy waste.

Independent research estimates that if these systems were replaced with optimized, high-efficiency equipment, the gains to be realized could reduce global electricity consumption by up to 10 per cent. In turn, this would account for more than 40 per cent of the reduction in greenhouse gas emissions needed to meet the 2040 climate goals established by the Paris Agreement.

“Industrial energy efficiency, more than any other challenge, has the single greatest capacity for combatting the climate emergency. It is essentially the world’s invisible climate solution,” says Morten Wierod, president of ABB Motion, in a statement.

“The importance of transitioning industries and infrastructure to these highly energy-efficient drives and motors to play their part in a more sustainable society cannot be overstated,” he says. “With 45 per cent of the world’s electricity used to power electric motors in buildings and industrial applications, investment in upgrading them will yield outsized rewards in terms of efficiency.”

ABB frequently assesses the net impact of its own installed high-efficiency motors and drives on global energy efficiency. In 2020, the company enabled 198 terawatt-hours of electricity savings – more than half of the UK’s annual consumption.

ABB is calling on public decision makers and government regulators to incentivize rapid adoption, and for businesses, cities and countries to be aware of both the cost savings and environmental advantages of motor and drive replacement. The company is also asking investors to reallocate capital towards companies better prepared to address the climate risk.

“All stakeholders need to work together to bring about a holistic transformation in how we use energy,” says Wierod. “By acting and innovating together, we can keep critical services up and running while saving energy and combatting climate change.”