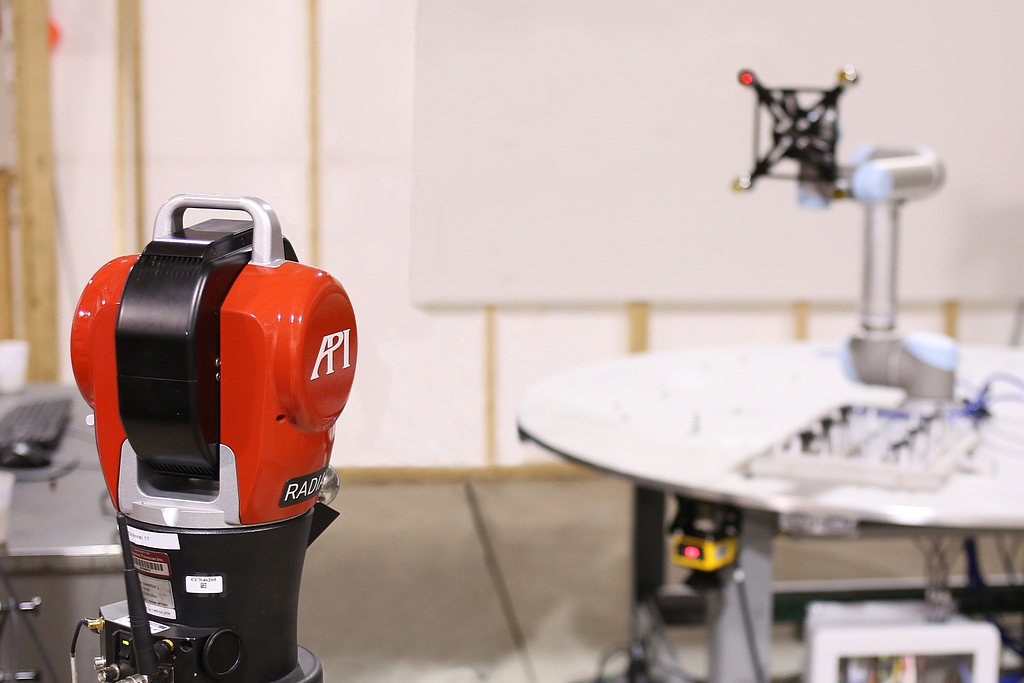 RMS procedures use ISO 9283 guidelines to check accuracy, repeatability, pose, distance, drift and overshoot by exercising all robot joints. The robot’s working envelope can be defined applicable to the planned robot application function.

“The availability of additional robot accuracy allows us to provide a better outcome for the customer regardless of application,” says Steve Richard, director of engineering at Cole Technologies. “API [was] able to directly interface with our RoboDK robot programming software for robot calibration, making it seamless and efficient to load the new parameters.”

Measuring a free-point cloud consisting of 80 points, the RMS software generated a new DH (Denavit-Hartenberg) frame model parameter set that was used to correct errors in joint angles and link lengths. The revised DH parameter can be directly input into the robot controller or used to update the robot motion path program, as was the case at Cole Technologies, which resulted in significant improvements to the robot’s accuracy.