Features Operations & Management
All in the family: Automation builder looks to the future

Armed with a viable succession plan, Butty Manufacturing, a small manufacturer of custom material handling equipment, is poised to grow its business 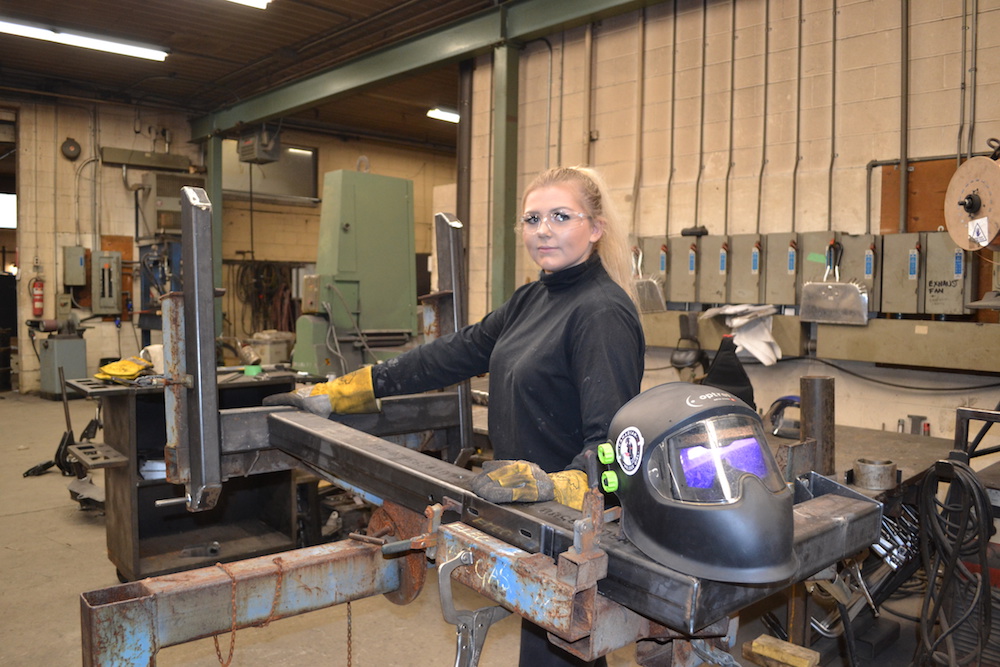 An unusual customer request 35 years ago led George Butty and his brother Frank to success with their custom machinery shop, Butty Manufacturing.

The customer was looking for an automated tire cutter – something that George Butty says he’d never seen at the time.

“Then it ended up being a pretty logical thing – there’s a huge effort and cost in moving air,” says Butty, who has a background in engineering. “The whole goal was to reduce the bulk of the old rubber, so you’re not shipping air.”

The TC100 machine, which he designed on AutoCAD, kick-started Butty Manufacturing’s tire-cutting business. They signed with a distributor in the United States, pushing the tire cutter out to 500 outlets. “We couldn’t make them fast enough,” Butty says.

The tire-cutting line has since expanded into six machines that are capable of making different cuts suitable for many applications requiring recycled rubber, such traffic cone counter weights and blasting mats.

As demand surged, Butty Manufacturing started to get a reputation for making quality equipment, and custom machine orders began to roll in. Now, tire cutters make up roughly 25 per cent of the company’s business, with custom fabrication and machining making up the other 75 per cent.

Early on, that meant a lot of batch-of-one custom designs, but the brothers started doing less engineering work once the 2008 recession hit. “One-offs is a tough place to be in,” Butty says. “A lot of the industry dried up and then we ended up focusing on doing as-built drawings. Now, people are getting us designs and we’re building them to whatever their specs are.

“We’re doing a lot of automation and ergonomic tooling,” he continues. “And we’re simplifying the manufacturing of components.” 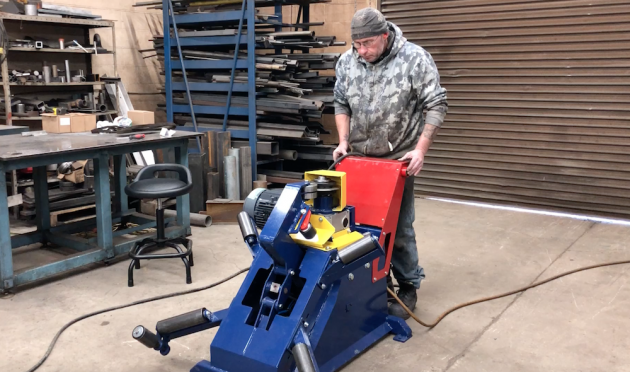 The Butty brothers took over their father’s steel fabrication business in 1986, and now employ a staff of 10 to build automated production equipment at a 12,000-square-foot facility in Ancaster, which is on the outskirts of Hamilton, Ontario.

They manufacture machines and material handling equipment for industries ranging from food to beverage to automotive to mining. They also build support tooling for handling components used by a large aircraft landing gear manufacturer.

Most of the machines are manufactured directly in-house aside from some purchased parts including motors, gearboxes and bearings.

“We design and manufacture both machining and fabricating,” says Butty. “[We want] to actually have a finished, fully functional piece of equipment when it leaves here.” The Buttys employ two designers, and the rest of the staff are in the shop, including welder Alicia Butty, who is Frank’s daughter and George’s niece.

Alicia, a CWB-certified welder, inspector and supervisor who officially started at the family business in December 2019 after spending two years at another shop, is learning the ropes as part of the family’s succession plan.

George and Frank are looking ahead to their retirement in a few years. “That’s where Alicia comes in,” George says. “She showed an interest in maybe continuing on and so that’s what the goal is here – to see what we can do to shift things over to her.”

George and Alicia are working on a plan to streamline the machine shop’s workflow, now that they tend to manufacture several pieces of equipment per order instead of one-offs.

But for the most part, Alicia is spending her days poring over paper drawings so that she understands how each piece of equipment works, and how problems may differ between the paper and the physical machine.

“She’s learning quickly how simple things are not so simple at times. Especially when they go wrong,” says George.

“I’ve learned a lot,” Alicia says. “If a piece is made wrong from the start, like six steps in, your whole structure is going to be thrown off.”

But her uncle and father are learning from her, too – Alicia, a millennial, has plans to bring the small shop into the digital age with a new website and a heightened social media presence.

The company has posted a few YouTube videos demonstrating their tire cutters, and as Alicia says, “They’re selling like crazy. No advertising, just word of mouth.” She expects that with more promotion, the business could grow – and, down the road, lead to more automation opportunities on the shop floor beyond the current CNC machines.

“[Robots] are taking the jobs that you don’t want to do in general. It’s the repetitive, over-and-over-again stuff.”

Alicia, who moonlights on social media as Canadian Welder Girl to showcase her personal welding projects, says that as a welder, robotic welding excites her. In 2019, she attended FABTECH in Chicago for the first time, where she visited the Universal Robots booth and saw a camera attached to a collaborative robot’s end effector to help visualize pipe welds.

“When I posted a video on Instagram about [the] robotic welder, I had some messages saying, ‘Robots are taking my jobs,’” she says.

“But they’re not! They’re taking the jobs that you don’t want to do in general. It’s the repetitive, over-and-over-again stuff.

“If I were a business owner, I would want to be more productive. Because you have someone that shows up every day, right? That robotic welder can run 24 hours. You either hop on the robotic train or you’re left behind. You have to stay up with technology.”

This story originally appeared in the May 2020 issue of Manufacturing AUTOMATION.