How machine builder Ro-Matt helps manufacturers implement robotics and automation solutions, from the traditional to the unconventional 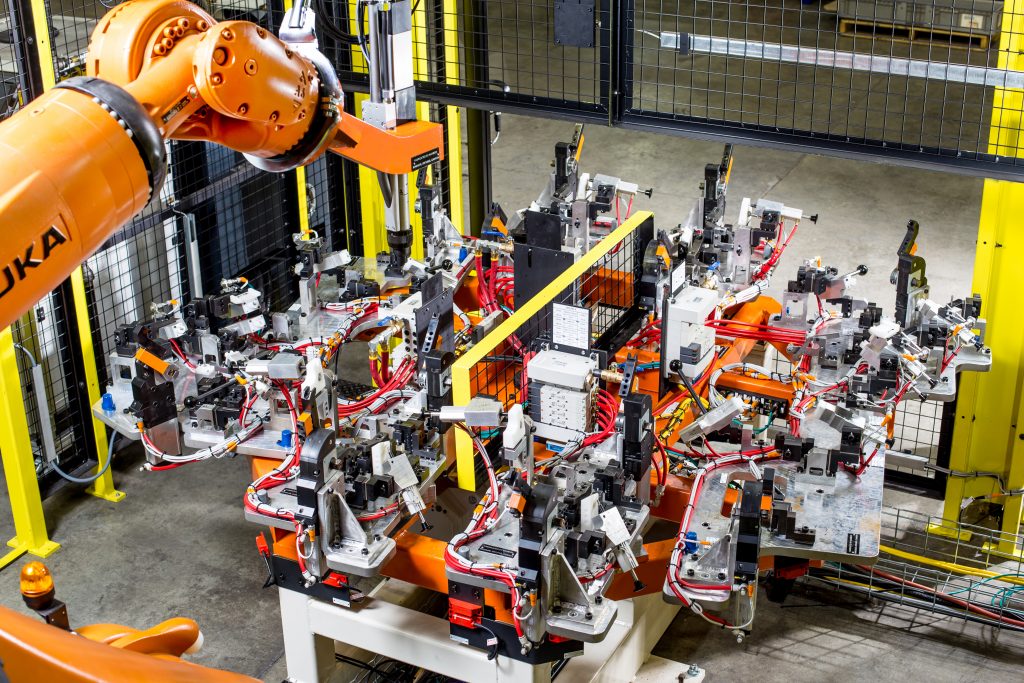 “In the beginning,” Del Duca admits, “it was very intimidating seeing and working around robots.”

When Ro-Matt first started over 30 years ago, the cost of robotics compared to automation or skilled workers was prohibitive, and finding programmers was difficult.

However, as the cost has come down and skilled workers are in short supply, robotics have become a more attractive option. “We’re glad that we made the move to embrace robotics in the beginning and have been able to experience and enjoy the evolution. Learning about the technology and the ever-increasing capability unlocks new potential every day,” says Del Duca.

Now, the company shares the knowledge gained from robotics implementations when designing and building automation, custom machinery and material handling solutions for clients in Canada, the United States, Mexico, Europe and Asia.

Del Duca says there are two main drivers for companies to implement robotics: a shortage of skilled workers, and the additional benefits of robotic solutions. Many Ro-Matt clients are in industries that have traditionally been labour intensive. For example, fabricators need hundreds of welders to make their products – but their current welders are retiring, and not enough people are entering the workforce to replace them. The net result is a serious shortage of people available to do the work.

“Robots are as common in manufacturing spaces as coffee machines are in office kitchens. It’s an absolute necessity to have this technology integrated,” says Del Duca.

Extra benefits such as improved productivity, enhanced safety and flexibility with manufacturing processes make robotics attractive. Robotic systems are proving to deliver on their claims, with increased cycle times, greater productivity, more consistent quality, and the capacity for redeployment.

“Now, robots are as common in manufacturing spaces as coffee machines are in office kitchens. It’s an absolute necessity to have this technology integrated into manufacturing, to keep up with production and quality demands,” says Del Duca. 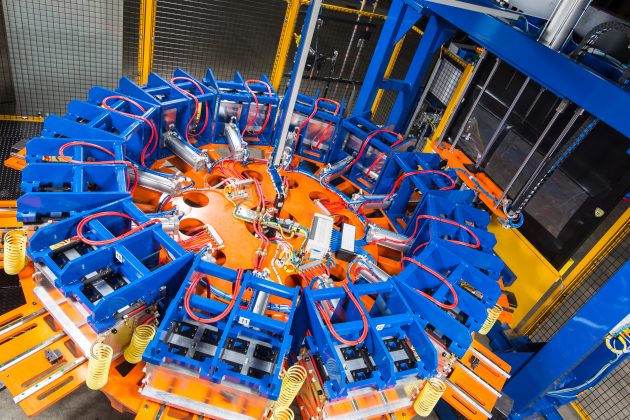 One area that Ro-Matt now specializes in is robotic welding and assembly solutions, as well as the design and manufacture of custom hydraulic cylinders. Del Duca explains the evolution was because many companies that make stamped components also have sub-assembly work, and need robotic welding to supply their customers with further-completed components and assemblies.

Welding has gone through many technological advances, such as laser welding, fusion welding and cold metal transfer. The automotive industry is now hot-stamping high-strength, lightweight parts. With these advances, traditional welding methods don’t work, so new types of welding systems must be created.

Del Duca credits robot producers including ABB, FANUC, KUKA, Yaskawa Motoman, Kawasaki, Nachi, Yamaha and others for asking, “What would you like to see robots do next?” and listening to the market. Just because there isn’t a robot doing something now doesn’t mean it can’t be done.

To meet the specific needs of the systems and manufacturing cells that they create, Ro-Matt designs and builds the equipment – starting from the production process through to the capital equipment, automation, fixture and tooling, including end-of-arm tools, piping, wiring and controls programming. “We’ve done crazy things like mounting a robot on the end of a robot,” says Del Duca.

He says a low-capacity robot could theoretically be used to do welding because there’s not a lot of payload and it’s a dedicated process. But when you need a long reach, a standard dedicated weld robot won’t suffice – you need a large robot to give you the reach.

For a client that needed extra-long reach for a particular project, Ro-Matt proposed mounting a smaller robot onto a larger robot to provide the necessary reach alongside the dexterity required from the actual welding robot. Del Duca explains that the application can go even further by taking those two robots and mounting them on a seventh or eighth axis or sliding unit. By mounting the two robots on a shuttle, these can move from point A to point B in a linear direction so the robots can access more features and the equipment can be more productive.

The advent of vision systems has allowed robotics to do more with better precision. Del Duca says that vision systems for robotics are especially useful for tasks like seam welding. The vision system can go ahead of the welding operation and gives feedback to the robot so that it follows exactly where it needs to go.

In a fastening technology first in North America, last year Ro-Matt implemented a robotic riveting process that accommodated different orientations. Typically, riveting is performed in one orientation on a stationary unit that comes down like a press – putting the rivet in the hole and popping the rivet. To rivet in different orientations, Ro-Matt found a way to allow the robot to turn and orient rivets like it would for a welding application.

Del Duca stresses that the idea of robotics taking jobs is a myth. In addition to a shortage of skilled workers driving the need for robotics, the implementation of robotics does not decrease the workforce. Companies are using robotics to do unsafe and repetitive work that people shouldn’t be doing, and they’re bringing in staff who can program and maintain the robotic systems. By using automation to perform tasks such as clamping and manipulating, operators are left with safer jobs such as loading, unloading, packaging, and machine operation and maintenance.

“We want the operators to be the smart part of the system, to use their brains and to use what they’re good at – the decision-making ability – and let the machinery do the mundane, repetitive work,” says Del Duca.

Expanding to other industries

The lack of skilled workers isn’t a problem limited to manufacturing. Del Duca says that in addition to the need for welders and machinists in manufacturing, the construction industry is experiencing a shortage of bricklayers, framers and carpenters. That shortage is driving the construction industry to use automation in a sector that traditionally wasn’t a pioneer in robotic implementations.

A recent construction project Ro-Matt worked on was for a client making large 3D volumetric structures out of steel. Operators were placing heavy pieces in a large fixture and welding everything manually. Ro-Matt assisted in developing a large, automated production weld cell using robotics to load all of the material in place according to the CAD design, and then to weld everything in the structure. Operators only had to cut the material, load racks and put them into the cell. The cell took care of everything else, and the new robotic process allowed the client to more than double productivity.

For manufacturers looking to implement robotic solutions, Del Duca advises setting up a team internally before starting to bring in technology. The infrastructure needs to be in place from the beginning, built from the top down so that the system can be properly run, operated and maintained.

Del Duca explains that there are some very creative things companies can do with the wide range of robots available with different capabilities to do a variety of tasks, so find an automation partner that can think outside the box.

“Systems are getting smarter and safer. Artificial intelligence is making its way into the manufacturing space and robotics are starting to do things that people are unable to do,” says Del Duca, noting that it’s time for manufacturers that haven’t yet automated to take the leap. “Robotic automation is here to stay, and every year, will become more and more technologically advanced,” he says.