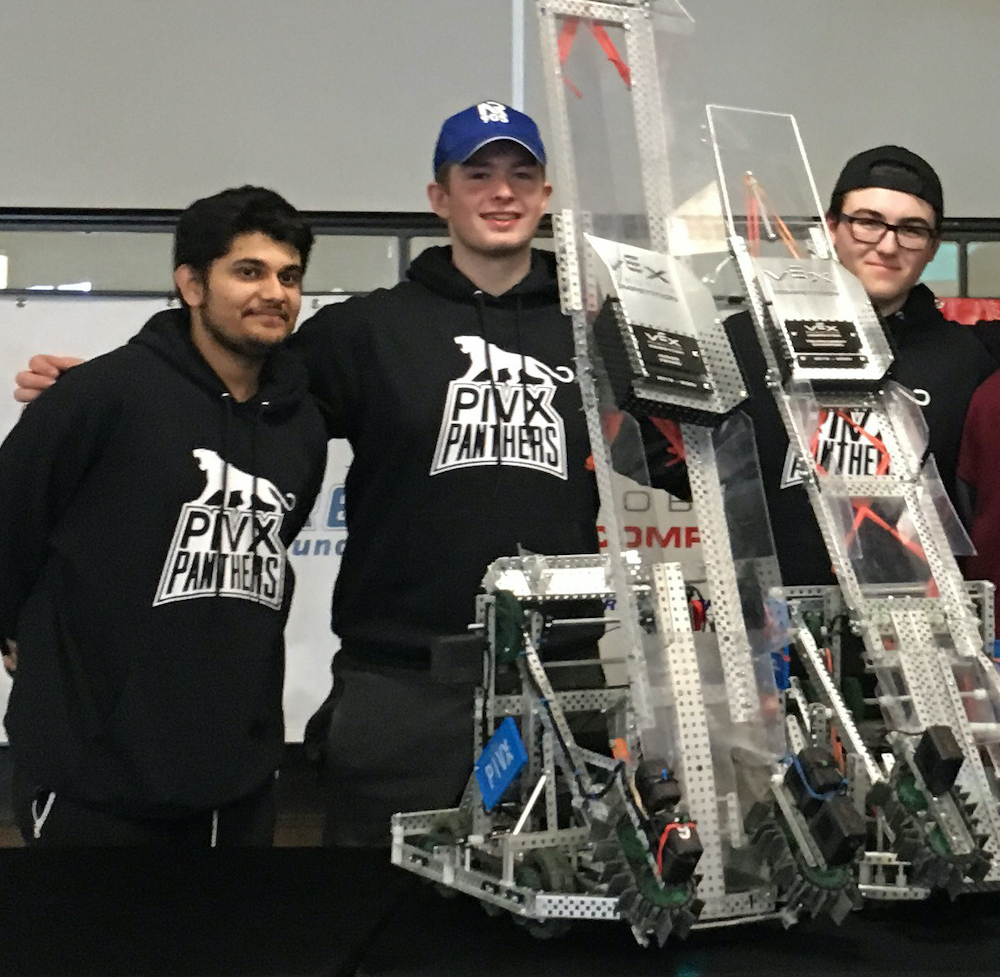 Logan Woodrow, a first-year engineering student at Barrie, Ontario’s outpost of Lakehead University, had his robot ready to go and was set to compete in the 2020 VEX Robotics World Championship in Kentucky this spring before the event was cancelled due to the COVID-19 pandemic.

“I was looking forward to competing and representing Canada,” he says.

After beginning their robot design in May 2019, the trio won the VEX U national competition on Feb. 8 and were one of two teams from Canada to earn a spot in this year’s world championship.

While they’ll have to wait one more year to compete again, Woodrow says he’s learned a lot from building a robot for competition. It’s his second year in a row earning a spot at the VEX Robotics championship – in 2019, during his senior year at Patrick Fogarty Catholic Secondary School in Orillia, Ontario, Woodrow competed on a team that earned one of only 14 spots in the province to advance to Kentucky at the high school level. 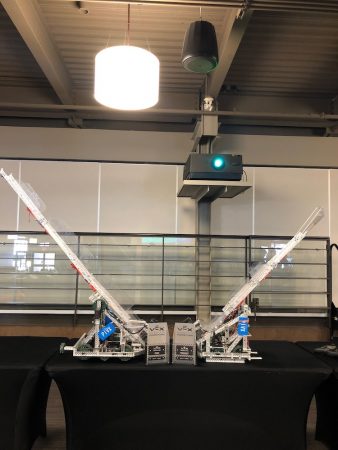 Last year, his biggest takeaway was “how strategy can change the game and the outcome,” he says. “I was most impressed by the variation of interpretation – teams from all around the world were given the same game outline and [had] to use the same VEX components, but there was a difference between the robot designs.”

Seeing those differences influenced his robot build this year with the PIVX Panthers. “Offensive capabilities were most important to me,” he says.

For this year’s Vex U Worlds, called “Tower Takeover,” robots were to compete on a 12-foot-by-12-foot playing field.

Two “alliances” of two teams each were to face off in matches consisting of a 15-second autonomous period, followed by a one-minute-15-second driver-controlled period. In order to win, competing alliances would have to stack cubes in towers or deposit cubes in goals.

This required each team to fabricate two robots, one with a 15-inch base and one with a 24-inch base. Each robot had to intake one five-inch cube at a time, with an expandable tray allowing each robot to hold 15 cubes when stacked. Each robot was required to house 14 motors, one brain and one battery.

“Since they are unpowered, we can track the absolute movement of the robot on the field.”

The PIVX Panthers used a 3D printer and the required VEX components to build their bot.

The team installed tracking wheels, which are unpowered wheels equipped with a rotary encoder on them, on the robot. “Since they are unpowered, we can track the absolute movement of the robot on the field,” says Brown, who is also a co-founder of the Toronto Robotics Society, an educational robotics group for high school and middle school students.

Brown says that the rotary encoders provide the x and y coordinates as well as the rotational translations of the robot.

“We also use potentiometers to sense the movements of our lift and tilting mechanism to score cubes in the scoring zones and tower,” he says.

In addition to winning the national competition, the PIVX Panthers robot also snagged the Vex U “Amaze Award,” which is given to a team with a well-rounded and top-performing robot.

Woodrow says the power of teamwork was what led to their win. He credits the strength of Brown’s programming, Lahl and Brown’s combined strategy and his own design and build skills in developing a successful solution.

“I am interested in robotics and automation because of how quickly these fields are evolving,” Woodrow says.