Manufacturers are spending a fortune complying with environmental standards and regulations, often with little or no return on investment. But with an integrated approach to waste reduction, they can go green and boost their bottom line 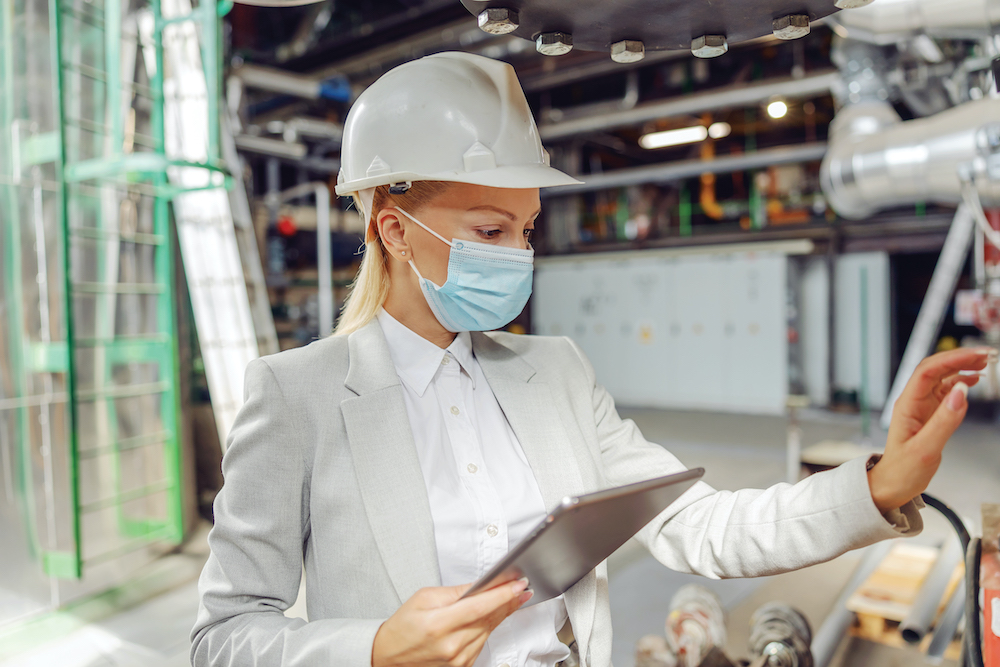 London, Ontario’s Kinsmen Arena employs a mechanism called a cooling tower, which removes the heat generated by the chillers that freeze the ice surface. The irony is, that heat energy is being pumped outdoors while additional energy is expended to heat the rest of the arena.

“Like other arenas, they’re actually paying to get rid of that heat after they’ve moved it by running a cooling tower,” says Bruce Taylor, president of Elmira, Ont.–based consultancy Enviro-Stewards. “Then they use natural gas to heat the rest of the arena.”

The practice of rejecting heat in one area of an operation while paying for heat in another is standard practice not only in arenas, but in facilities of all kinds, including factories. In fact, the siloed thinking that creates this waste is so entrenched that it is rarely questioned.

“Innovation pertaining to the design, construction and operation of ice plants for recreation centres has been more or less stagnant for decades,” says Adam Trela, corporate energy manager for the City of London, which operates a number of arenas. “At best, change has been minimally incremental and resulted in marginal efficiency gains.”

The city is working with Enviro-Stewards to change all this. “In support of the city’s Climate Emergency Declaration,” says Trela, “we are developing a process, fostering a holistic approach to conducting full-spectrum assessments and implementation of initiatives focused on climate resiliency, resource conservation and the improvement of fiscal performance.”

Early results of Enviro-Stewards’ study of Kinsmen Arena indicate that even during the coldest months of the year, the existing ice chilling system is generating and rejecting more heat than it would take to heat the entire building. Capturing that heat will create a far greater impact – both environmentally and financially – than upgrading to a more efficient heating system.

Breaking down the silos

As the arena example shows, crossing silos – in this case, the ice chilling function and the building heating function – can be the key to environmental projects that save enough to generate a strong payback. Enviro-Stewards used exactly the same principle at Molson Breweries, where the heat generated by the chillers used to cool beer vats is now being recycled for use in equipment that evaporates carbon dioxide for carbonating the beer.

Assessing such opportunities requires a holistic assessment that not only crosses organizational boundaries, but looks comprehensively at energy, heat, water, toxicity, and solid and liquid waste. This marks a radical departure from the delineated approach that is most commonly used.

Sometimes, different engineering disciplines are involved. For example, Enviro-Stewards was called into an automotive solvent recycling plant because the company was concerned about the amount of electricity consumed by a huge exhaust fan that was venting toxic fumes created from a distilling process.

Installing an air-to-air heat exchanger to recapture lost heat at an automotive solvent recycling plant would have netted savings of 60 per cent.

The assessment showed that putting in a more efficient fan motor would have provided only marginal energy savings, while installing an air-to-air heat exchanger at the exhaust point to recapture the lost heat would have netted savings of 60 per cent.

The real payoff, however, came from considering the toxicity, which revealed that the offending fumes were coming from a single tank. Consequently, the tank has been sealed, the fumes are being distilled into solvent that is now being sold, and the fan has been eliminated altogether.

Often, deficiencies in one area are indicative of problems in another. “I often say to people, ‘show me your most unreliable pump,’” says Stephen Dixon, president of Know Energy in St. Jacobs, Ont. “I often find that what they’re doing to make it unreliable is also making it inefficient.” A typical cause, Dixon says, is throttling a pump away from its efficiency point, which makes it more prone to failure.

Conversely, specified improvements often have wider benefits, sometimes without people’s knowledge. “When you do a good energy project,” says Dixon, “you get direct and indirect energy savings, you get improved reliability of equipment, and you get better safety, air quality and productivity.”

Facing the need to improve their climate footprint, many organizations grab at shiny objects such as solar panels, heat pumps or water treatment plants. What’s needed, Dixon explains, is a systems approach that begins with assessing waste, then the efficiency of manufacturing processes, and finally, the viability of alternative energy sources.

“It’s an end-to-end perspective – waste, efficiency, supply,” says Dixon, “and if you do them in that order, it also becomes economically viable, because the fastest payback is going to be from saving energy that you didn’t need to use. Similarly, there’s no use in investing in new technology when you fundamentally can’t use what you already have.”

When the time comes for a mandated assessment involving a single parameter like energy, solid waste or toxicity, the purchasing manager will take the lowest bid without regard to potential long-term benefits of a more comprehensive approach.

Taylor took a similar approach when Jackson-Triggs Winery was told by the town of Oliver, B.C. that it would have to start treating its own wastewater. Rather than simply measuring the waste and designing a treatment plant to accommodate it, Enviro-Stewards first assessed why the waste existed in the first place.

Looking at technical and procedural factors, it found, for example, that significant amounts of wine were being lost when it was transported within the plant, and 70 litres were being flushed down the drain every time a pad filter was changed.

Changing a process to make it more efficient also has the potential to disturb it, and according to Dixon, one of most common mistakes is a failure to engage with the people who understand those processes the best.

“You either engage people and leverage the energy and the power and what they can do with their ingenuity, and their commitment, or you disengage them, and it costs you,” he says. The consequence is that it is typical for systems to be over-ridden by employees that were not engaged, may not understand them and don’t trust them, sometimes for good reason.

A collaborative approach is absolutely essential in a complex operation such as smelting. “Those guys sitting in front of the consoles running that smelting furnace are committed, and they know what to do,” says Dixon. “I as an energy person would never have anywhere near enough knowledge of that process and the intricacies of that furnace. So if the person is engaged and I can provide him with the right energy information, that’s when the magic is going to happen in terms of efficiencies.”

It’s also important to engage employees to ensure that processes are consistently maintained. “If you’re going to be able to determine how to make the proper improvements, the processes have to be sustainable,” says David Hogg, retired co-founder of High Performance Solutions in Kitchener, Ont. “If they’re not, it’s very difficult to identify properly where the real wastes are coming from.”

While the holistic approach to sustainable manufacturing is common sense, many organizations, according to Taylor, are reluctant to invest in the level of assessment that this requires. So when the time comes for a mandated assessment involving a single parameter like energy, solid waste or toxicity, the purchasing manager will take the lowest bid without regard to potential long-term benefits of a more comprehensive approach.

Manufacturers that are committed to operational excellence, however, are likely to think differently. The Lean approach to manufacturing, for example, views waste from an end-to-end perspective, and engages all employees in cross-functional teamwork towards eliminating wastes of all kinds – materials, energy, transport, delays and human effort.

Organizations that follow this path are far more likely to appreciate the holistic approach to sustainability. They’re also far more profitable than their counterparts.

Consequently, as manufacturers face growing global competition, a dramatically reduced carbon footprint might become merely a by-product of a relentless war against waste. “The companies that seem to be successful are the companies that have been driving out waste for a while to the point where they’ve driven out all the waste they possibly can,” says Hogg.

This article appears in the March/April 2021 issue of Manufacturing AUTOMATION.