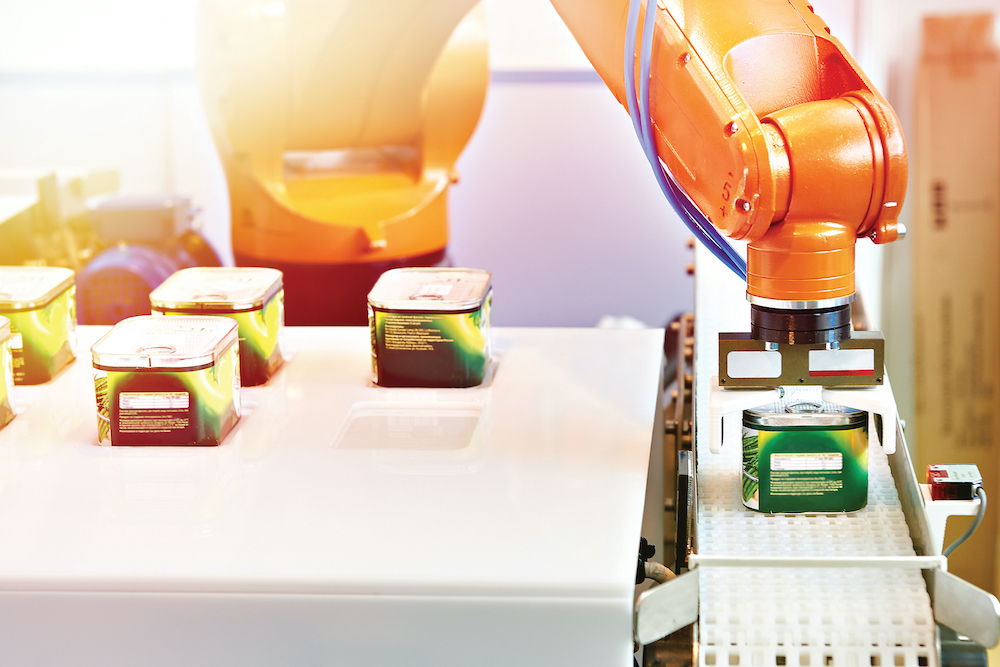 The growth of Canada’s manufacturing sector depends on the implementation of automation and robotics, but many companies still find technology implementation “unappealing,” says a new report by Next Generation Manufacturing Canada (NGen).

The industry-led organization, which facilitates funding for Canada’s Advanced Manufacturing Supercluster and de-risks technology transformation projects, recently formed an Automation & Robotics Advisory Board with 20 of its members.

“Automation and robotics have the potential to be transformative for companies large and small,” Cramer says. “[NGen hopes] to offer reliable and vendor-agnostic information to help organizations to succeed in their respective Industry 4.0 journeys.”

Automation and robotics are most frequently used in Canada for handling and assembly tasks, as well as vision-guided quality control, teleoperation and additive manufacturing.

But the survey respondents – comprised of OEMs, automation vendors and system integrators – indicated that beyond the automotive sector, use of automation and robotics decreases significantly.

“Most smaller companies in Canada have not fully automated their processes, certainly [not] beyond ‘islands of automation’ (e.g. material feeding a machine),” notes the report. “Fully connected enterprises – using Industry 4.0 digital data and sensors (Internet of Things) internally and externally – often seems to be somewhere on the Gartner hype curve, with few Canadian exemplars.”

Canada also has a slower rate of adoption – over the past four years, average robot density increased 20 per cent, whereas in the U.S., it jumped 39 per cent. Canada is also 44 per cent below the “expected” robot adoption rate, which is measured using payback relative to national wage levels.

“The only certainty is that if Canada can maintain its vehicle assembly market then new automation and robotics investment and innovation will follow,” says the report. “Canada cannot afford to lose its automotive industry.”

Survey respondents cited several reasons for slow automation and robotics adoption, chief among them the availability of funding. Also suggested were people and their attitudes toward innovation, regulations, global competitors and the impact of COVID-19.

Collaboration within the industry, availability of raw materials, reliability of the supply chain and the presence of U.S. competitors were also noted as barriers, but to a lesser degree.

The advisory board was not confident that students and future workers are receiving the necessary skills to prepare them for careers in automation and robotics. And in order to adopt these technologies, SMEs themselves need to improve their programming and simulation expertise, as well as their business case analysis.

“As one survey respondent noted, while the robot manufacturers are the driver, and the SME is the adopter, there is still an application knowledge gap that cannot be filled with three days’ manufacturer training,” the report says.

Nearly all respondents said they spent between a moderate amount and a great deal of time educating customers on the applications and benefits of their technology and services.

Respondents said that overall, Canadian industry is “somewhat aware” of the capability and cost of automation, but nearly 60 per cent of those surveyed also said their customers underestimate the costs of automation integration projects.

The report notes that a “low-cost” solution can still total several years’ minimum-wage salary, which can be difficult for companies to justify.

Many SMEs have high-mix, low-volume production. This differs from large automotive companies that enable low-mix, high-volume production, which can be better served by “inflexible” automation such as industrial robots and conveyors.

However, as the automotive industry transitions to more electric vehicle production, there will be a wider range of products due to the variety of electric motor sizes. This means the automotive sector too will need flexible options. AI and machine vision are expected to provide that flexibility, the report says.

In NGen’s follow-up interviews, a respondent said that “time, money and talent” are the main reasons why their customers don’t implement automation and robotics.

“It was very much to the point and very much aligned with the feedback from other Automation & Robotics Advisory Board members,” says Cramer. “It is a recurring theme with SMEs when considering their need to adopt emerging technologies and processes, and how they lack the know-how and resources required to do it right.”

The report also noted a pervasive attitude among SMEs: “The feeling is often that there is no need to act now, that ‘the business is not going to die today or tomorrow,’ and there is ‘always a bigger emergency to focus on.'”

The organization asked respondents what else can be done to dismantle the barriers to adoption. One suggestion was for a national body to partially fund the cost of prototype systems so that customers could visit proof-of-concept solutions. Another was for a “mobile road show” that could travel directly to manufacturers to showcase smaller-scale solutions.

Respondents noted that their Canadian customers tend to want to see the technology in action over a simulation. As a result, opinion was divided on whether or not additional demonstration facilities would increase adoption.

NGen is planning a web portal for its members to help determine whether automation or robotics are suitable for their operations, and to also create awareness within the industry. The portal could reduce the burden on suppliers having to start the technology implementation conversation from scratch.

The organization is looking at a dual-pronged approach, with education modules to prepare companies for adoption through webinars, case studies and white papers, and marketplace modules that showcase demonstration projects and connect manufacturers with experts and service providers. Depending how users answer an initial checklist, automated answers would lead to case studies and payback calculators that align with their goals.

Cramer says that NGen is working to roll out a new collaboration platform by this summer, with early versions of two “Technology Adoption Portals” (TAP) – one for additive manufacturing and the other for automation and robotics.

“We also hope that by publishing this type of report and facilitating a conversation around advanced manufacturing, we do raise awareness of the challenges that Canada’s manufacturers face in staying competitive,” says Cramer.

“Should new opportunities for support arise, we will be well-placed to ensure that manufacturers are well-informed and able to respond appropriately.”